Our guest blogger today is Sophie Jewsbury, a ONE Youth Ambassador from the UK. 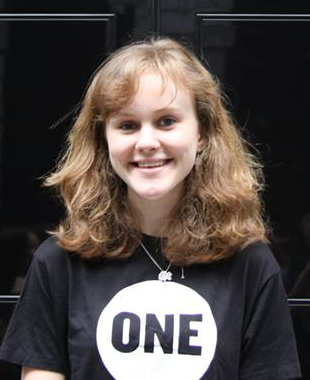 I recently had the opportunity to meet with Babatunde Osotimehin, Executive Director of the United Nations Population Fund (UNFPA), in an event hosted by the Guardian Global Development Network.

I was there with 12 other university students to speak with him about his work with the UN. The session raised some interesting questions relating to youth activism and the role of advocacy organisations such as ONE.

What did Osotimehin have to say about young people?

Firstly, he noted how significant young campaigners were for bringing about change. He spoke particularly of young people in Nigeria, but added that his ideas were applicable to the UK and elsewhere.  Their generation must be the ones to carry development issues forward, to lobby for transparency and accountability.

He also noted that young people had significant tools at their disposal to achieve this – they are, after all, the forerunners of the social media revolution, the masters of the hashtag.  He said:

Young people have skills that we don’t have – they can raise an army.

Mr Osotimehin also spoke of the problem of political apathy. Young people are easily alienated from politics. Politicians’ agendas seem irrelevant to their own concerns, and this leads to a reluctance to participate.

The only way to combat this, he argued, is to provide young people with more opportunities for involvement, and to restructure the education system to promote this.

How do you get the best out of young people? You give them the space to develop and to contribute.

A two-fold message from Osotimehin, then: young people are powerful, but disenfranchised.

They have the potential to hold governments to account, but haven’t been given the political space to know where to start. 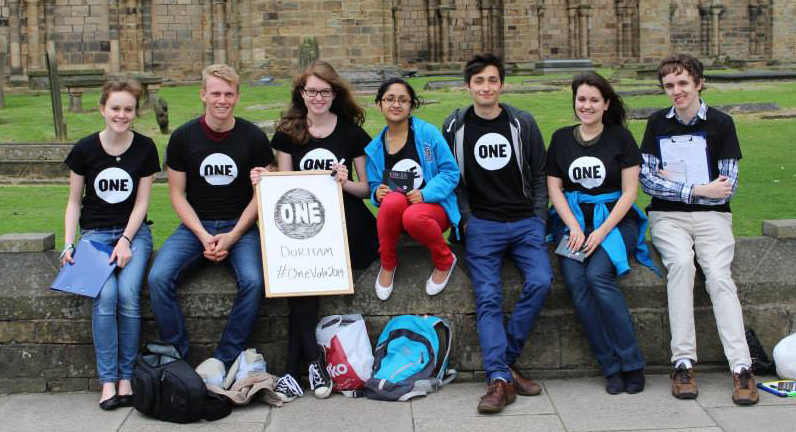 Members of ‘ONE Durham’, a student-led society at Durham University.  Photo: ONE

Well, I can speak from my own experience. I have had the chance to do some pretty cool things as a Youth Ambassador for ONE. Alongside a formidable team of UK Ambassadors, I’ve lobbied MEPs at home and in Brussels, and have worked with the Durham team to spread the word in my community and university.

I have become convinced of the significance that the ONE  ‘force’ can have over issues of international development.

I can also say that youth participation must be promoted.  ONE is not a youth organisation – its 6 million-strong membership spans an abundance of generations. Still, it has chosen to include in its movement over 150 Youth Ambassadors from all over Europe, and has successfully fired them up for action.

I agree with Babatunde Osotimehin’s assessment of young people. They have the potential to induce change, but they must also be given the opportunity. They should feel included in, not isolated from, campaigning and politics.

Joining ONE is an excellent place to start.

Read Sophie’s blog about her adventures as a ONE Youth Ambassador: The Change Game.