I was at a conference in Kenya when I first met a member of the Maasai, a group of people who live in East Africa. He had a question for me – and the answers could have the potential to dramatically impact poverty for millions of low-income farmers, producers and others.

You’d recognise the Maasai from photos. Many are tall, elegant and very distinctively dressed. Often, when a generic image is used of Africans in photos or advertising, it’s of Maasai. Their designs and style get used by others – but the Maasai don’t earn a penny.

That’s not right. It’s cultural appropriation – but it’s also bad business. Increasingly, the things that make products valuable aren’t the ingredients that go into them – it’s the intangible things, including the brands. And companies are careful to look out for their brands, spending millions to protect and defend them.

Think about Coca-Cola or Apple. Their products are more than sugar, fruit juice, and water, or metal and plastic, chips and screen. Their brand value is much greater than the value of the physical resources. That’s because of the ideas, imagination, and presentation that come together in great products: what business calls “intellectual property (IP).”

So what does this mean for a semi-nomadic tribe of nearly 2 million across Tanzania and Kenya?

We’d been working with Ethiopian Fine Coffee to help them own their own brands and license them. We’d helped return $101 million to coffee exporters.

That’s when I met the Maasai elder. He tapped me on the shoulder and said: “ We understand that IP works for coffee. The Maasai have a brand that is used by many western companies without our permission. Can you help us?” 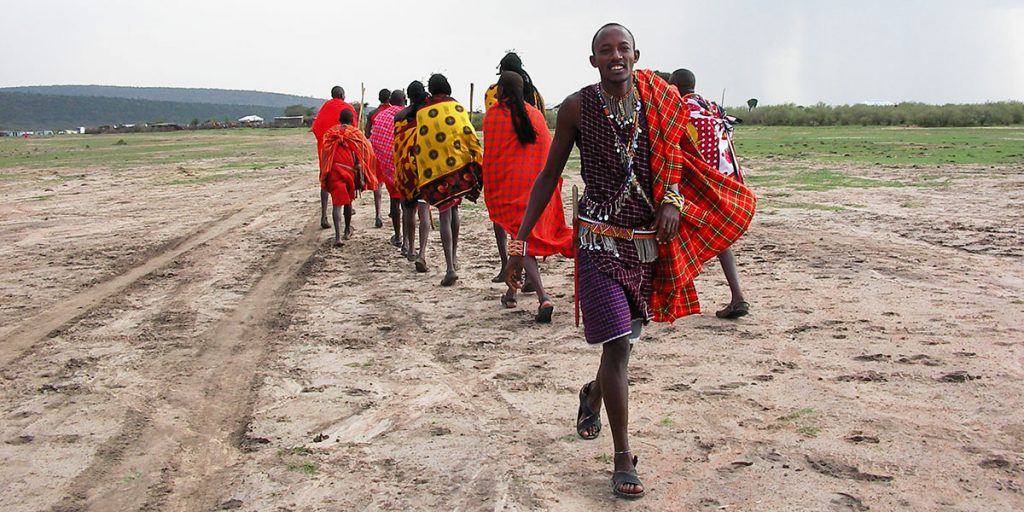 We engaged Maasai University students in researching the dozens of companies using the Maasai name, image and brand without their permission. Our friends at Comic Relief were kind enough to help fund the feasibility study. Brand expert David Cardwell who did the Star Wars licensing deal helped. Our goal was to let the Maasai run the process with some good advice from others. To them, respect and removal of culturally inappropriate images are as important as income.

For six years, we have been about helping the Maasai to organize and form MIPI -The Maasai IP Initiative. With outreach across Kenya and Tanzania and radio broadcasts, materials translated to Maa and Swahili, Light Years IP and the Maasai have reached 500,000 Maasai — a critical mass to own, control, license and where relevant, to create solutions with large companies that had used their brand name. One big car company, for example, returned the Maasai trademark and negotiations are underway with Louis Vuitton Moet Hennessy.

In 2012, a Louis Vuitton fashion show featured Maasai scarves and shirts modelled and sold for upwards of 1,000 euros each. Of course, the LVMH brand is valued highly and IP and brand experts can help us to quantify what portion is due to cultural appropriation of the Maasai iconic values of bravery, strength, and warrior images.

The Maasai are a proud people — respectful and honourable. The Maasai leadership has been offended at the cultural misappropriation of their brand and name. They understand that it is valuable – and it’s theirs. Our analysis shows it is worth about $250 million.

Maasai elder, Isaac ole Tialalo, leader of MIPI has been to Capitol Hill and to Parliament in London with The African IP Trust, headed by Lord Paul Boating. It’s an honour for our support and advocacy group to help the Maasai achieve win-win situations with companies.

We think that the Maasai are an inspiration and model to other indigenous people who are about 6% of the world’s population and suffer both cultural appropriation and poverty. The Cherokee, Navajo, and Tourag, for example, add value to countless products and companies. It is not easy to regain control after cultural appropriation, but we think it is the right thing to do.

Find out more about the Maasai here.

Aid and DevelopmentCultureTrade and Investment