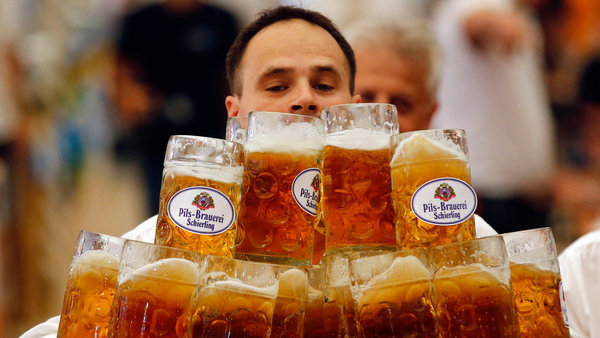 When the G7 leaders released their annual communique from the summit in  Germany, many were quick to ask: what does this mean for us? Was the glass half full or half empty?

On first glance at the communique’s section on global health, the answer could easily be half—or even more than half—full. Zooming out from the substance, this year’s G7 Summit dedicated far more space to discussing health issues than years past; the communique spent 9 full paragraphs on health, compared to just 2 paragraphs from the 2014 G7. For that expansion, I think we can largely credit both German Chancellor Merkel, who for months has said health should be a focus of the summit, and the ongoing Ebola crisis, which has shown world leaders that health can have worldwide geopolitical consequences.

Indeed, Ebola clearly hung like an alpine cloud over the Summit, with leaders reaffirming the need to “draw lessons” from the crisis and frequently citing their own national responses in sideline interviews. In the communique text, they focused their lesson-learning on strengthening health systems, expanding support for the Global Health Security Agenda to 60 countries, building up the world’s capacity to tackle disease outbreaks, and endorsing proposed WHO reforms—all pressing issues worthy of their attention.

And lest Ebola take up all the energy from the G7, this year’s communique also read like a laundry list of other priority issues, dedicating attention to neglected tropical diseases (NTDs), the growing threat of antimicrobial resistance (AMR), and even giving shout outs to critical health financing vehicles—the Global Fund, Gavi, and the newly-created Global Financing Facility for maternal and child health. Most global health advocates would be hard pressed to say that their issue didn’t get at least a nod this year.

Still, a closer read of the G7’s health communique reveals that, in fact, they haven’t committed to doing much at all. Yes, they talk about strengthening health systems, but they don’t actually outline any specific new investments or firm commitments to show how they’re actually going to do it. They completely ignore the fact that many of the world’s poorest countries have far too few doctors, nurses, and health workers to manage even day-to-day health challenges, let alone outbreaks. They do focus on building up their own national reaction forces able to jump in and assist in a crisis (a positive step), but that won’t help ensure countries can sustainably do it themselves in the future. They commit to supporting research and development, to NTD elimination, and to ending preventable child and maternal deaths, but again—without any real dollars, euros, pounds, or Yen attached.

It’s as if they’ve poured their glasses nearly full on health (perhaps with a nice German beer) but walked away from the table before taking more than a sip.

So let’s cheers to the G7 for showing that global health is a priority, and for pouring themselves an ambitious agenda—but let’s make sure they drink up in the months ahead.

Tell world leaders we want action – put girls and women at the heart of the development agenda, so we can end extreme poverty for good.