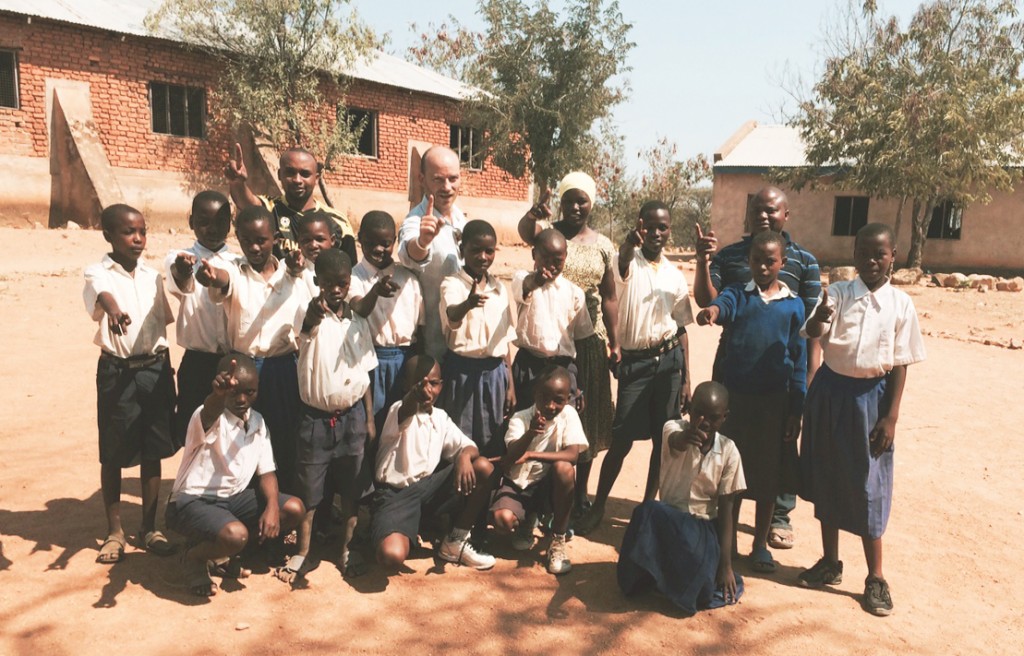 ONE co-founder Jamie Drummond with pupils at Malinzanga Village primary school who will all be 15 in 2015. Photo: ONE

I’d just asked the kids clustered in the classroom, “Which of you is about 14 years old, or born around the year 2000?”.

A swarm of hands shot up, and with the help of Happy, a local youth activist from the excellent Restless Development, we picked out 15 teens that will be 15 in 2015. I really wasn’t sure if this experiment would work.

We trotted out to stand in the shade of the old tree in the Malinzanga Village primary school playground. Though we were in remote rural Tanzania, on the edge of Ruaha National Park and very far from any kind of political power (or even the electrical power grid), I asked them to imagine they had an audience with Ban Ki moon at the UN in New York. Or President Obama in the White House, or Tanzania’s President Kikwete in The State House in Dar es Salaam, and imagine they had a chance to make demands.

What would they say the priorities of their families and communities were? 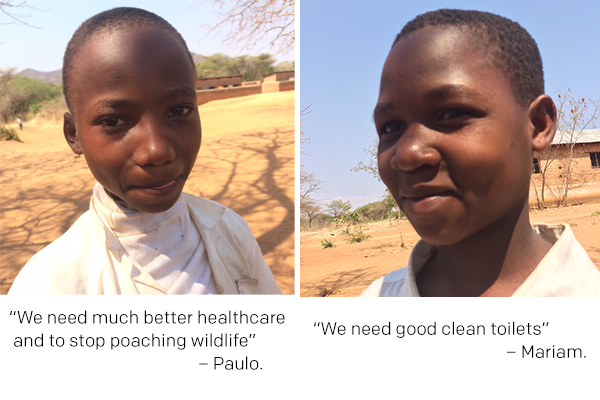 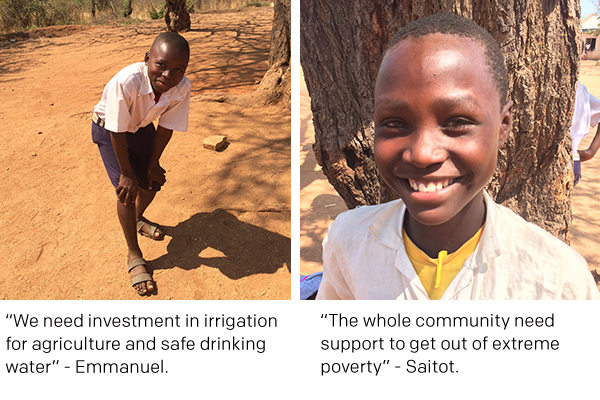 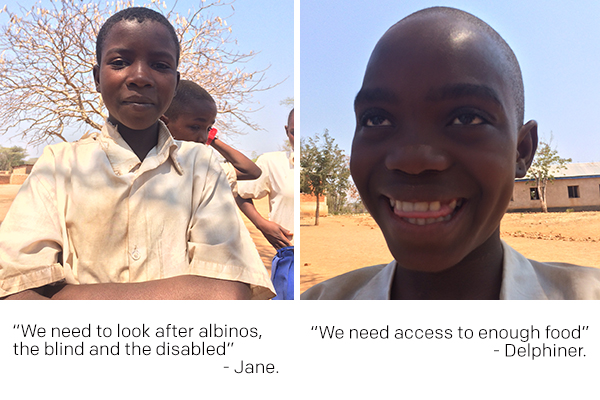 “To stop cutting down the trees”, “opportunities for the young people of the village”, “better support for our community from the government”.….. the demands kept coming. But they weren’t just making demands. They are clearly committed to delivering on them too.

In just in a few minutes, these teens born in 2000 had nailed the core elements of the new development goals which are being negotiated right now by representatives of all the nations of the world, and which must be agreed by September 2015 at the UN General Assembly gathering of world leaders in New York.

I suppose it should be no surprise as these demands are so universal: access to basic dignified life opportunities, offered by decent local governments that respect people as equal citizens, and gives the youth something to hope for, the dream of a life full of opportunity.

And like Generation Z’s the world over, they love tech – but even the basics are out of reach for most.  None of them has a mobile phone or computer.  The only local TV is in a bar and even radios are rare. They crave knowledge of the outside world yet access to information is painfully constrained.

These universal demands are not just the aspirations of Tanzanian teens. People around the world aren’t at their most hopeful right now. The long shadow of the great recession is made darker by the threat of fanatical extremists, from Boko Haram to al-Shabab and IS.

The Ebola outbreak has reminded this generation that Africa’s impoverished health systems are too often the frontline against the evil enemy of tropical pandemics, just as AIDS reminded the last. In fact there’s an alarmingly potent mix of anxiety, apathy and anger awash in the world right now.

Against which, these kids’ aspirations are the antidote.

In fact a global campaign to make their collective wish come true is forming right now. If backed not just by the world’s 15 year olds but by their mothers, families and all the concerned and connected citizens of the world, we can eradicate desperation and the injustice that permits it.

Malala, Desmond Tutu and others led this call to action in their open letter to world leaders on Mandela Day this year.

We can beat Ebola and the causes of Ebola: extreme poverty and unjust governance, both nationally and globally. By empowering these grassroots aspirations through practical and accountable plans, we can help hundreds of millions out of poverty and into sustainable education and employment. We can push back on the negativity and apathy and anger and give ourselves as global citizens a great practical unifying project.

In most years such talk would be way too grand. But it so happens in 2015 there is this symmetry of summitry, a confluence of global conferences that will test the capacity of governments to find meaningful agreement. They may well fail – if citizens don’t steel their resolve.

When world leaders meet in September 2015 in New York they must agree great new goals, which reflect the aspirations of the Malinzangans, the Tanzanians, and all the citizens of countries around the world. And when those agreements are made – this global movement sparked by this millennium generation will be on hand to help achieve these goals and hold leaders to account, all the way through to 2030.

Be ready to make 2015 a year to remember. Join ONE’s global movement of over 6 million people working together to end extreme poverty.