In many Sudanese communities, men dominate negotiations and peace talks. As coordinator of the Collaborative for Peace of Sudan, it is Rasha El Fangry’s job to convince local – and male – community leaders that women have a crucial role to play in building sustainable peace. 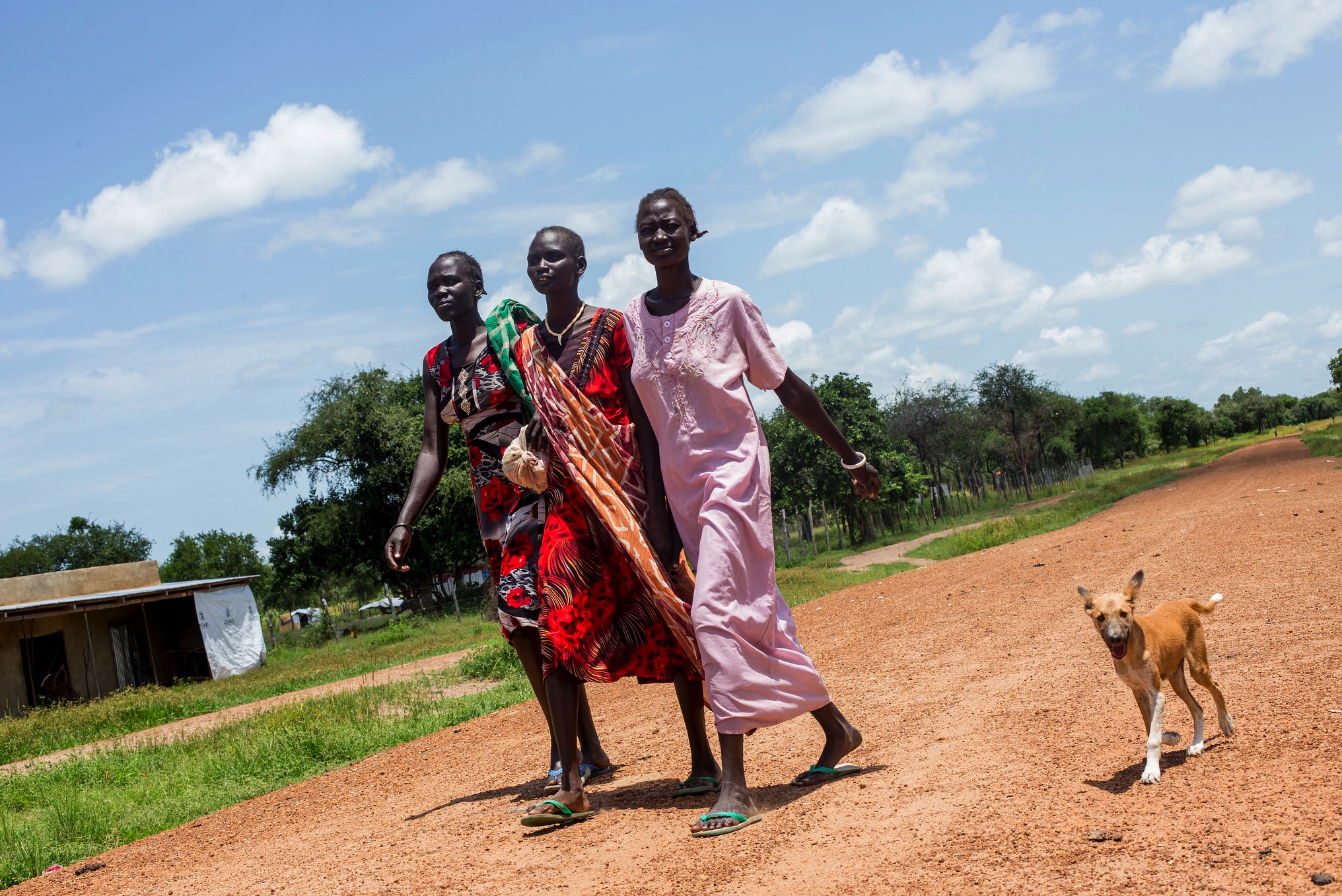 Image via the United Nations

When Rasha El Fangry first tried to convince local community leaders in an area of South Kordofan, Sudan, to include women in peace negotiations and conflict resolution mediation, a local imam told her, “In the Quran, [it says] women should stay at their homes.”

As a Sudanese Muslim involved in peacebuilding efforts herself, El Fangry disagreed.

“Who interpreted the Quran for you?” she said she asked the imam in return. “There is nothing like that in the Quran.”

El Fangry is the coordinator of the Collaborative for Peace of Sudan, a local organization that creates “peace committees,” in partnership with Peace Direct. These small groups of community members are tasked with pinpointing the drivers of conflict, carrying out mediation between tribes and communities and, sustaining local peace agreements. Part of her work, she said, is to convince local community leaders to include women in these committees.

“It takes a long time,” she said. “But with commitment and the belief in what we are doing, it works.”

Peacebuilding Deeply spoke with El Fangry about the importance of local ownership in peacebuilding efforts and how to convince a community where men dominate leadership roles that women must have a seat at the negotiation table.

Peacebuilding Deeply: Why does the Collaborative for Peace of Sudan focus only on local solutions and what have you learned from that?

Rasha El Fangry: In Sudan we have like a hundred peace agreements but there is no actual peace. We look for communities where conflict is taking place and we look for a real member of the community to be like a guard for the peace that they build or sustain.

We work in South Kordofan, where there are several ethnicities and there is conflict between the Arab ethnicity and the Nuba ethnicity. There are violations around land ownership, between herders and farmers, between Muslims and Christians or non-believers. So there is this type of diversity, the area is on the border with South Sudan, so there is immigration and from time to time there is conflict from that.

We try to involve members of the community as much as possible to pinpoint exactly what the problem is and, if we attain peace how do we sustain it? Through the communities, we identify conflict, the historic background to the conflict, how to address the conflict, why it isn’t working, how to do something differently. This is all by learning from the community.

First we found that there is no gender balance. There are no women involved in the peace agreements in Sudan, especially in South Kordofan. All the peace talks are being done by the male members or religious leaders or administration leaders, who are never female.

Peacebuilding Deeply: Why is that?

El Fangry: It is cultural. The role of women is to bring kids, then rear them, and look after the houses.

Peacebuilding Deeply: How do you go about convincing the community?

El Fangry: It takes a long time. Since 2009 … we have been trying. I myself also face problems because I am a female who is going there to meet the religious leaders and to meet others. I faced a lot of discrimination at the beginning. But with commitment and the belief in what we are doing, it works.

Peacebuilding Deeply: So if I were going to one of these communities to try to convince them, how would I do it? What would you tell me to do?

El Fangry: First of all, you have to believe in what you are doing. And you have to be strong because they will definitely tell you all the discriminations in the world. For example, in one of these areas, an imam told me: “In the Quran, [it says] women should stay at their homes.”

And I told him, “Who interpreted the Quran for you? There is nothing like that in the Quran.”

Using the mechanism, we find that a lot of communities themselves are fed up from politicians, politics, extremism, radicalization of communities, differences between ethnicities. There is always one somebody on behalf of the community talking, and sometimes he is a politicized person or he doesn’t know what he’s doing. He thinks he is protecting his community but actually he is destroying it.

For example, we worked with one woman named Meriam. She was attending the civil communication workshop and, when she was to become a part of the peace committee, she was afraid that the community would not accept this idea. Then one day, in an area of South Kordofan where there is mujahideen [a group engaged in jihad], they called her to come with them to the mediation.

The peace committee member called her and said “you can join us to go to the mediation.”

She was surprised when they asked her to tell her point of view from a woman’s perspective.

Peacebuilding Deeply: How did you convince them to invite her?

El Fangry: To convince them to allow Miriam in the peace committee it took one year. And then when she was to go with them to [the mediation] of fighters between the two tribes, it was about six months [later].

And then she was given an opportunity to talk. That was wonderful. She immediately called us and said “I am in the front of the group of males!” She was so excited, super excited.

You feel that the women are so committed to the work they are doing or the things they have to do. Even if it’s just looking after their kids at home.

Peacebuilding Deeply: What did she say when she spoke to the group?

El Fangry: First of all, she told us was completely frightened and shaking about speaking in front of the men. Then when she started talking about the impact that she sees on her neighbors, with mothers and with her own kids and the amount people that they lost, [the men] were all keeping silent. At the beginning they were all making fun of her because she was a female talking and things like that.

But when they were listening, she said she was so inspired and so full of energy to talk about these issues. She told us, “When I finished they clapped their hands to me.” They said to her that she spoke about issues that they never speak about. When there are negotiations in the community they talk about the privilege of the tribe, what the other tribe would say if we don’t take revenge or don’t go to that specific conflict… things like that.

For example, there is one tribe in South Kordofan where there are no people between the ages of 20 to 25. All of them have died. Can you imagine? These are the things she spoke about. She talked about the numbers of unaccompanied kids in the area, the numbers of handicapped people either due to mines or just someone threw a bomb on their home. These people were helping the community but now they are just sitting home, feeling guilty. She spoke to them about things like that.

Peacebuilding Deeply: Did they invite her back after that first time?

The answers have been edited for length and clarity.

*all images via United Nations