Our guest blogger is South African football legend Desiree Ellis, who is supporting Special Olympics and Malawi in raising the profile for the world’s poorest people who are intellectually disabled.

On February 9, I played in a very important football match in Lilongwe, Malawi. I’ve played in big matches before – there was my first game ever playing for the South Africa national women’s football team, Banyana Banyana, in 1992, or when I captained the team to victory in the regional Cosafa Cup in 2002.

In those matches, not just national pride was at stake — it was also personal. In the 1990s, black women were very under-represented in women’s football in South Africa, and I’m a black woman. When I joined Banyana Banyana, I was 30 years old, making my international debut in a young people’s sport where many believed my age was a good time to throw in the towel.

So, I feel that I truly know the joy—and the challenges—of being included, rather than excluded.

And that is why the game I am playing in on Sunday is so important to me. It is the Special Olympics Malawi Unified Football Invitational. The match and the African Leaders Forum on Disability being held the next day are all about inclusion.

Today, people with disabilities face huge barriers in accessing health care, food and nutrition, education, employment, and social protection, and people with intellectual disabilities suffer the most. The statistics are disheartening.

People with disabilities often have greater health needs, but they get less care than the general population. 90% of children with disabilities are denied access to education. An up to 83% of girls and women with intellectual disabilities have been sexually abused. 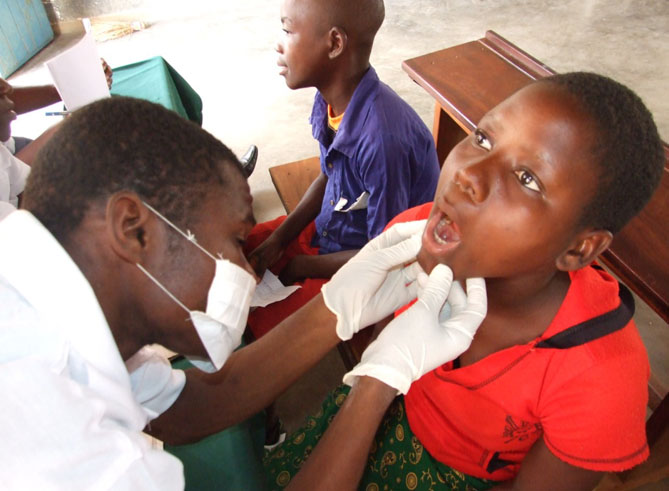 As a football coach, what really drives home for me the unfair treatment that results from exclusion are the health statistics.

Imagine a football side of 11 Special Olympics athletes. On this team, based on the health data that Special Olympics has collected for the United States, two of the players would have obvious untreated tooth decay and one would need an urgent referral to a dentist. Five would need eyeglasses and one would have an actual, undiagnosed and untreated eye disease, such as glaucoma. Three would fail a hearing test. And seven would be overweight or obese and at risk for chronic health conditions.

These statistics are for the United States. They are almost certainly worse in developing countries such as Malawi, where I will be taking the field on Sunday.

I cannot tell you how much this dismays me as a coach. How could I expect players on my team to do their best if they can’t see the ball?  How can they follow my advice if they can’t hear what I’m saying?

Special Olympics and Her Excellency Dr. Joyce Banda, President of the Republic of Malawi, are gathering African leaders from governments, disability and global development organisations, the private sector, and civil society, along with Special Olympics athletes and their families, to establish a coalition to make sure that the “forgotten 200 million” are no longer kept on the sidelines.

Everyone can get involved – Unified Sports brings people with and without learning disabilities together as a team, creating a new world of inclusion and community and providing health care, education, and community-building in 170 countries.

Get your community involved in Unified Sports