In the 58 years since independence, periods of peace in Sudan have been brief. Today there are new violent clashes unfolding in South Sudan, which gained independence from Sudan in 2011. While parties meet to discuss a peaceful resolution, this is the story of one man changed forever by the previous civil war, which lasted 22 years and claimed 2 million lives.

Gabriel Bol Deng vividly remembers the first thing he ate when he was in the United States. It was at a Subway restaurant, and he ordered the Sweet Onion Chicken Teriyaki sandwich. As he was moving down the line, he was offered an impressive global offering of cheese: American and Swiss. They asked him what he wanted, and he requested “the African cheese.” Of course, there wasn’t any.

It was his second day in the US. In 2001 he, along with around 150 other “lost boys of Sudan,” were resettled in Syracuse, New York after years of walking through hardship that almost exceeds comprehension.

The first sound of gunfire came in the late afternoon while a 10-year-old Gabriel was in the grazing field with his family’s cattle. As he ran towards his village, now under a North Sudan group of militiamen called Murahileen, he was scooped up by a fleeing man and carried away from danger.

Within moments, his rescuer was shot in the back, and an exposed Gabriel played dead as he listened to the shooters congratulate themselves for killing the man “and his son.” It was 1987, and predators both animal and human, would continue to chase Gabriel and his fellow South Sudanese for years to come, for thousands of miles, and across the border frontiers of three countries.

The village of Ariang is located in the northwest of South Sudan, and today, is home to 3,000 people. Gabriel and his eight siblings were happy and well-off thanks to the family’s large herd of cattle, which determines wealth for the Dinka people. 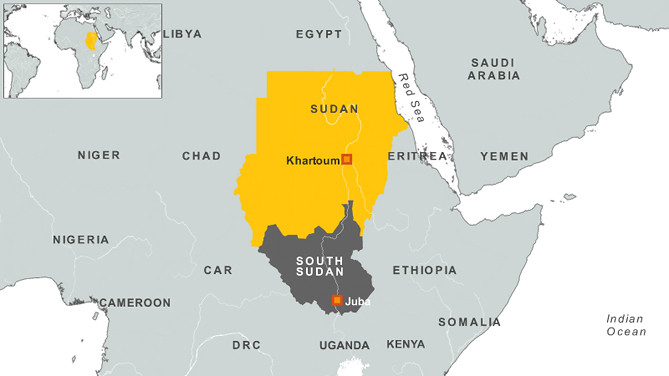 “If you have hope, make good decisions, and never give up – you can move Mt. Kilamanjaro,” his parents told him. “You control 90% of your life by how you react to the problems you face.”

In hindsight, no better advice could have been given to a child who was about to have everything in his life – including his parents – stripped away.

For four months, Gabriel and thousands of other children, mostly boys, who were separated or orphaned during the ensuing civil war, walked. They walked without destination, food, water or protection. Tree leaves acted as sustenance and papyrus leaves proved flimsy vessels for crossing the Nile into Ethiopia. Many were lost to the crocodiles. 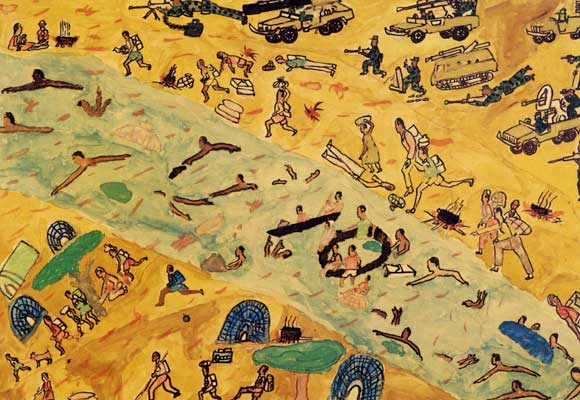 Illustration of a river crossing by Mac Anyat, a 17-year-old in Kakuma refugee camp 2004. Courtesy of PBS.

But Ethiopia would be better. There was food and safety there, the boys were told. After months of fighting for each minute of survival, a new rock bottom was reached upon arriving at a newly formed refugee camp. It was not the promised land, but somehow an equal pit of misery and hunger.

To make matters worse, he was severely weakened by a poisonous snake bite, bitter and angry at the broken promise of a reprieve. One evening, as he laid down to sleep feeling and hoping that he would not wake up, he found his parents.

They came to him in a dream, the only way they would ever come to him again, and they spoke the words that he says changed his life. He was scolded by his father for giving up hope and for letting his negative mental state get so bad it was worsening his physical health, and they told him they loved him more than he could ever know.

Gabriel carried on as best one could in that miserable place for four whole years until 1991, when Ethiopia entered into its own civil war. When planes began bombing the camp from above, it was time to start walking once again. First back to South Sudan, where the refugees were caught on the frontier between two wars, and finally on to Kenya.

And it was in the Kakuma refugee camp in Kenya, still the world’s third largest  in operation, where he found education. “Education is our mother and our father,” Gabriel says. 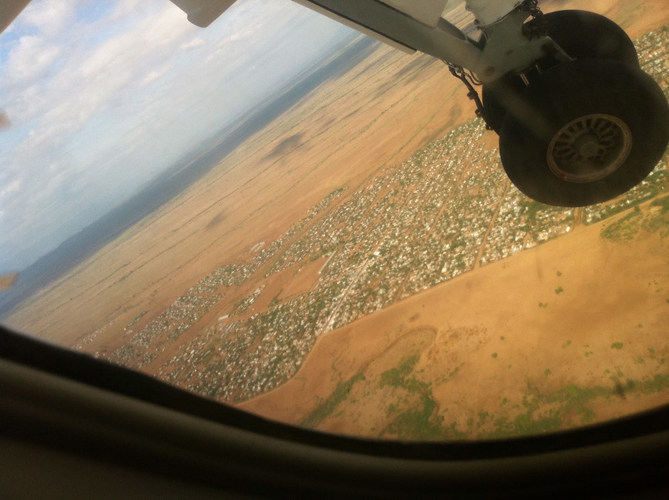 An aerial view of Kakuma in 2012. Photo credit africanasylum.blogspot.com

When many people hear the phrase “refugee camp” a temporary tent city may come to mind. The reality however is quite permanent for millions worldwide, with the average person spending decades in this uncontrollable state of dangerous limbo.

Kakuma was equally as dangerous, with tension and violence from existing residents of the region, now having to share already stretched resources with hundreds of thousands of new, long-term arrivals. (There are still more than 36,000 Sudanese refugees in Kenya today according to the UNHCR.) After nine years in Kenya, Gabriel was chosen to resettle in Syracuse, New York.

A college education, a teaching job and a family followed. Gabriel’s first trip back to the village of Ariang came in 2007. There he found an uncle and two surviving brothers, who like him, had assumed the other had been dead for 20 years. 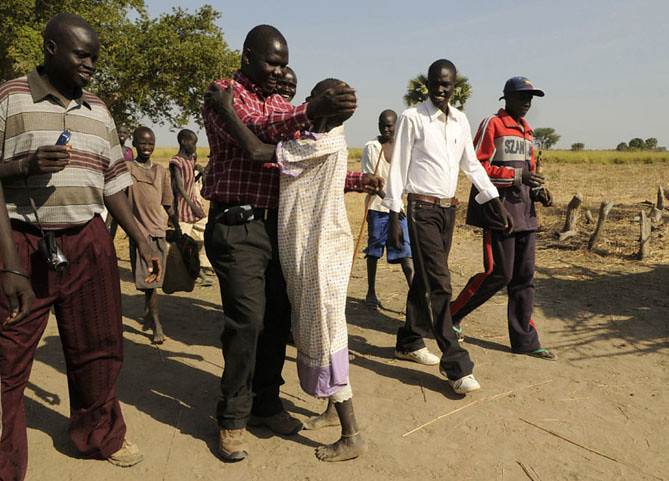 After listening to residents’ needs and seeing the local children attend school outdoors under a tree, Gabriel started the Hope for Ariang Foundation which has built a proper school building one handmade brick at a time.  Equally as important, they built wells. Millions of girls around the world spend their days fetching water instead of attending school so the foundation built a well at the school itself along with one in each of the five surrounding villages. 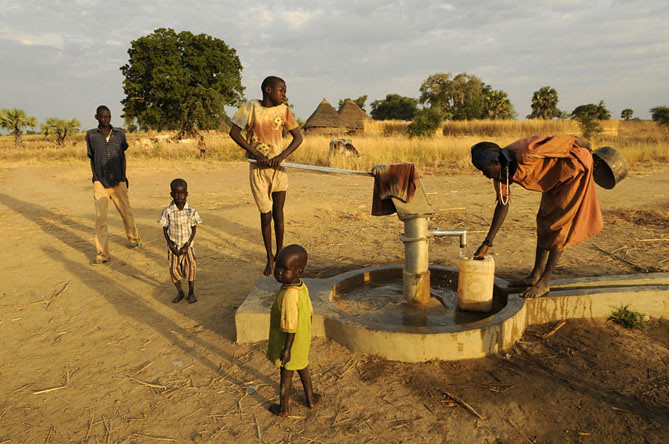 The school now has over 500 students, including many girls. Gabriel admits to internal struggle when it came to deciding between his good job in America and starting a foundation on a shoestring budget for his childhood home.

“Your human worth is measured by how your attitude and actions affect other human beings,” Gabriel says. “How you reach out and help others determines this, not possessions.”

As for his feelings about his introduction to the United States – the chicken teriyaki sandwich at Subway, Gabriel says, “I ate one yesterday.”

The Hope for Ariang Foundation is currently constructing volunteer housing to grow the number of teachers able to assist the school.

Find out more about the Hope for Ariang Foundation.