This week’s guest post is written by Giulio Pantalei, a ONE Youth Ambassador from Italy. 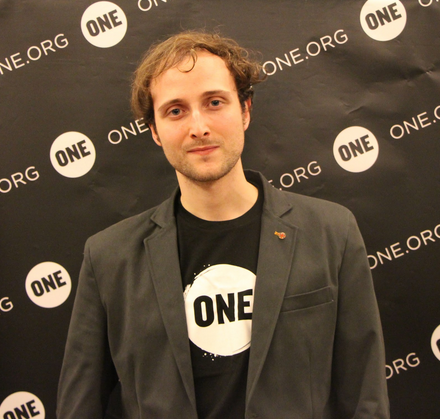 This week Italian Youth Ambassadors assembled in Rome for a day of action around ONE’s Poverty is Sexist campaign.  It was a great day: long, exciting, sometimes hectic, but – most of all – beautiful.

Spending a whole day with my passionate and great Youth Ambassador mates from 7am to 9pm pounding the streets of Rome and in the Italian Parliament was both inspiring and fruitful.

To kick things off, Youth Ambassadors met up with Veronica, ONE’s Campaigns Assistant for Italy, for a training session before heading to the Camera dei Deputati (the lower house of the Italian Parliament) where we met four Italian MPs.  We wanted to introduce MPs to the ONE Youth Ambassador programme and make them aware of our latest campaign: ‘Poverty is Sexist’.

My friend Sara brilliantly introduced ONE and the campaign, which is focussed on getting girls and women put at the heart of the development agenda this year.  I outlined the importance of securing a renewed international commitment to the 0.7 % aid target. 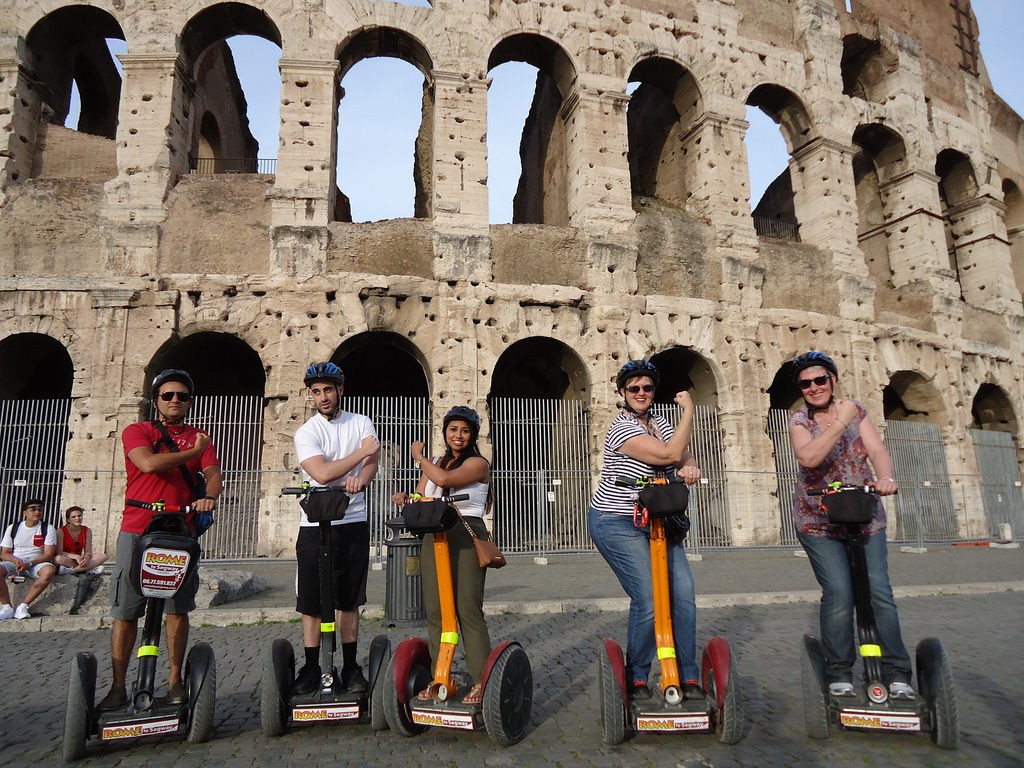 My fellow Youth Ambassador, Antonio, continued by advocating for Italy to invest 50% of its aid budget in the poorest countries by 2020, backing his arguments up with plenty of facts and stats about the situation of sub-Saharan countries. Alessandro then highlighted the tremendous effect of tax evasion and corruption on developing countries and made the case for new EU wide transparency rules for public country-by-country reporting.

Throughout our presentations we continued to underline the fact that we can only end extreme poverty if we put the poorest and most vulnerable – including girls and women – first.  We were very grateful for the sincere interest and concern expressed by On. Lia Quartapelle, On. Eleonora Cimbro, On. Pia Elda Locatelli and On. Carlo Sibilla, as well as their advice and guidance. 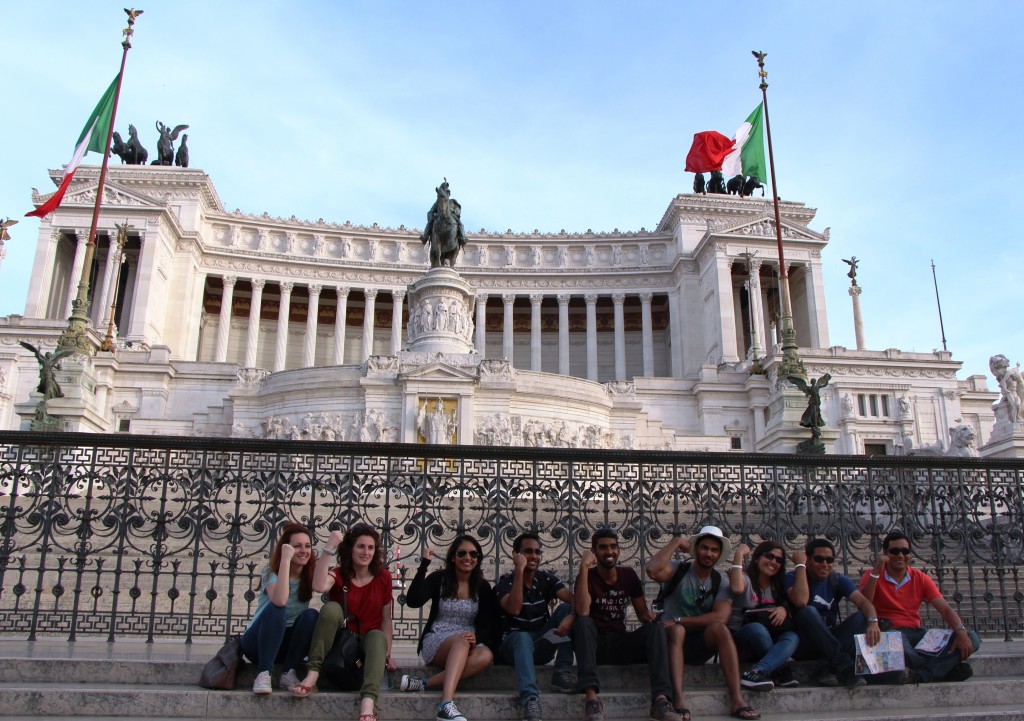 We met this gang of Strong Girl supporters outside the Victor Emmanuel II monument!

After our meetings, we wandered down to the iconic Coliseum where we launched the ‘Poverty is Sexist’ treasure hunt.  Thanks to the exceptional efforts and creativity of our team-leader Veronica, we made our way through the centre of Rome – from Arco di Costantino to Piazza Venezia and on to Piazza di Spagna.

With a little help of some of our friends and past Youth Ambassadors, we spoke to loads of people from all over the world about the campaign who agreed to stand with girls and women everywhere by signing our petition and taking a #strengthie. 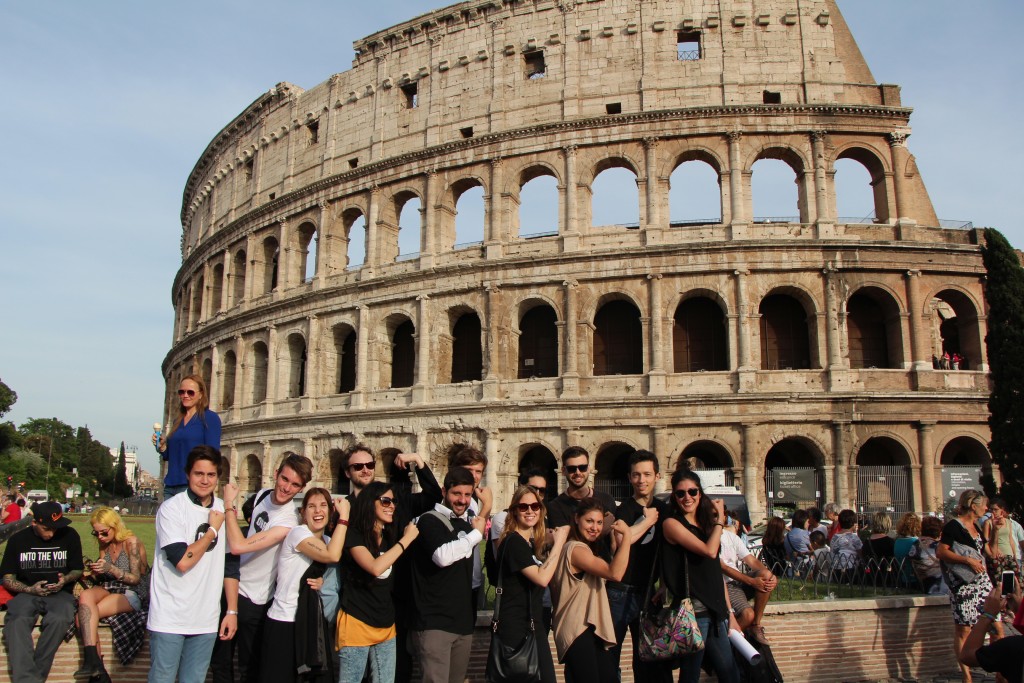 Meeting friends who also stand with strong girls at the Colosseum…

Now I’m looking forward to meeting up in Munich next month with my fellow Youth Ambassadors from across Europe.  All 300 of us will be getting together to hold the G7 leaders to account and planning our next campaign actions.

Days like Tuesday, where we were taking action both in Parliament and on the street are the reason why I chose to become a ONE Youth Ambassador.  I think we all felt we made an impact and raised the profile of the issues we’re passionate about.  It’s amazing to know that when we raise our voices, others will join us. 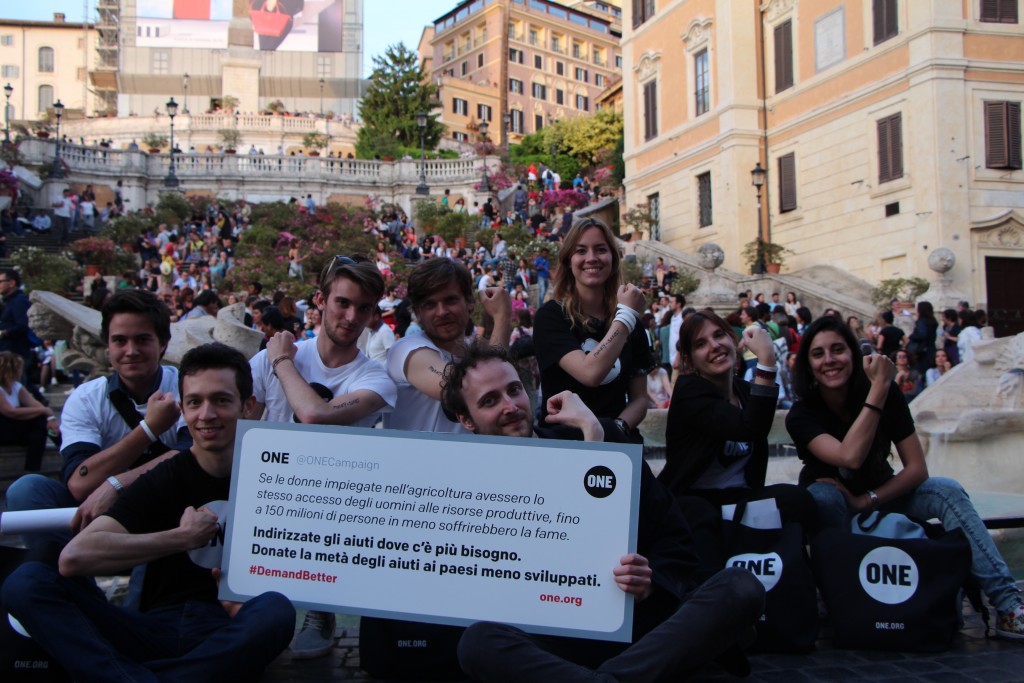 Youth Ambassadors and friends show us their #strengthies at the Piazza di Spagna!

To join the Poverty Is Sexist campaign, strike your pose, tag the strong girls and women in you life and upload to Facebook or Twitter using the hashtag #WithStrongGirls!