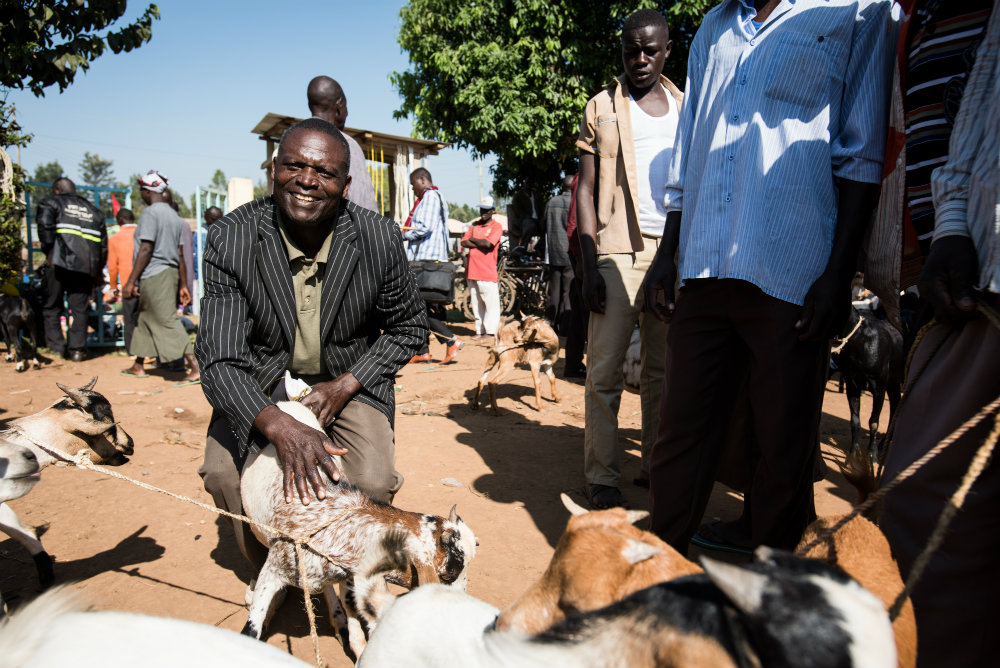 John with goats he brought to sell at Myanja market in Chwele, Kenya.

The livestock seller from Luucho village, Kenya, starts each morning with the first crow of the rooster. With seven children to feed, he’s always on his feet. He jogs eight miles to the nearest market, herding the cows left over from yesterday’s sales with a small stick.

John spends most of the day running from market to market, but he’s not just chasing cattle. He’s also racing after better prices. Cows usually sell for higher sums of money in the morning, so he always tries to be among the first sellers to arrive at the market every day.

“As a businessman, I try to make as much money as I can, even if it means sacrificing my sleep or walking to the furthest markets,” says John, who’s known fondly in his village as Mchurusi. It’s a name that translates to cattle seller in the local Bukusu dialect, although John also buys and sells goats, sheep and chickens.

Arriving early not only guarantees better prices. John is also able to spot and buy the healthy-looking cows before his competitors. He regularly buys cows, anticipating that he will be able to sell them for more money at the next market. Cows with large udders, straight legs, large frames and complete sets of teeth are in high demand and attract top prices.

On a good day, John can make a profit of $20. However, his income is never guaranteed. Market prices fluctuate every week, and it is common for cattle sellers to end up with losses. 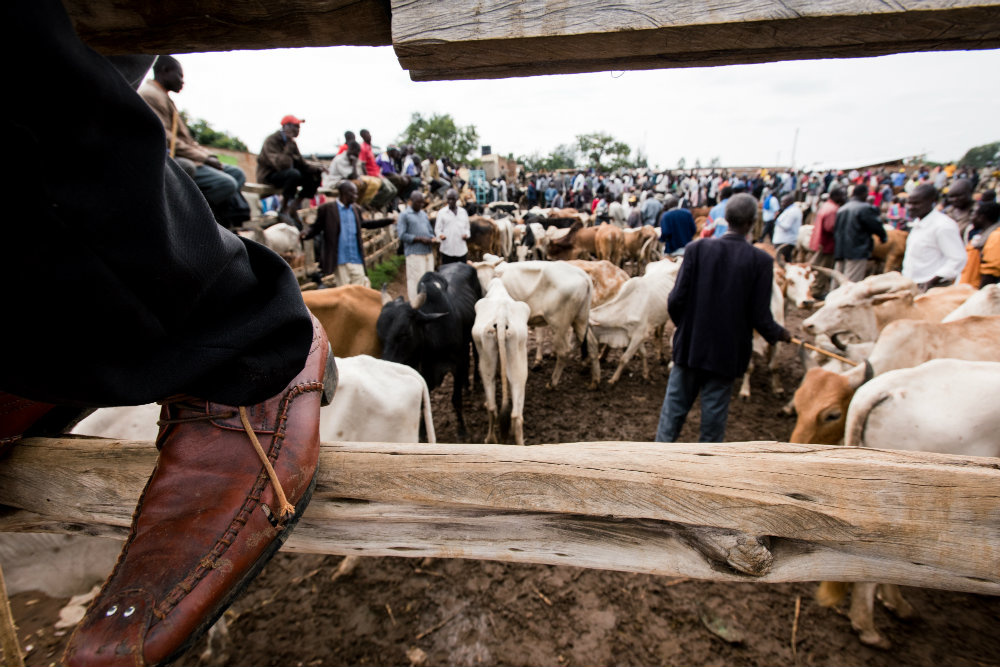 Scenes from around Myanja market, one of the markets in Kenya where John sells his livestock.

Sometimes sellers like John are unable to find customers who are willing to pay more for their cattle. That often means they are forced to keep their livestock at home, incurring high costs for feed. John cannot afford such losses. Before traveling to any market, he calls his friends who live nearby to inquire about the prices that day.

“I have many responsibilities to provide food, clothing and education for my family, and so I’m always in need of money,” John says. “Still, I cannot solely depend on selling cattle, and so for three days in a week I work in my farm.”

John, like many Luucho residents, is a smallholder farmer.  John owns half an acre of land that he uses to plant maize.  For many years, he experienced a series of poor harvests. In 2009, John learned new planting techniques from One Acre Fund, a nonprofit organisation that supplies smallholder farmers across East Africa with seed, fertiliser, and training. John started applying the skills he learned, such spacing his plants in rows, and in the next season, his harvest tripled. While John keeps the majority of his harvest for food, he now has a small portion left over to sell when he goes to the market to trade his livestock. 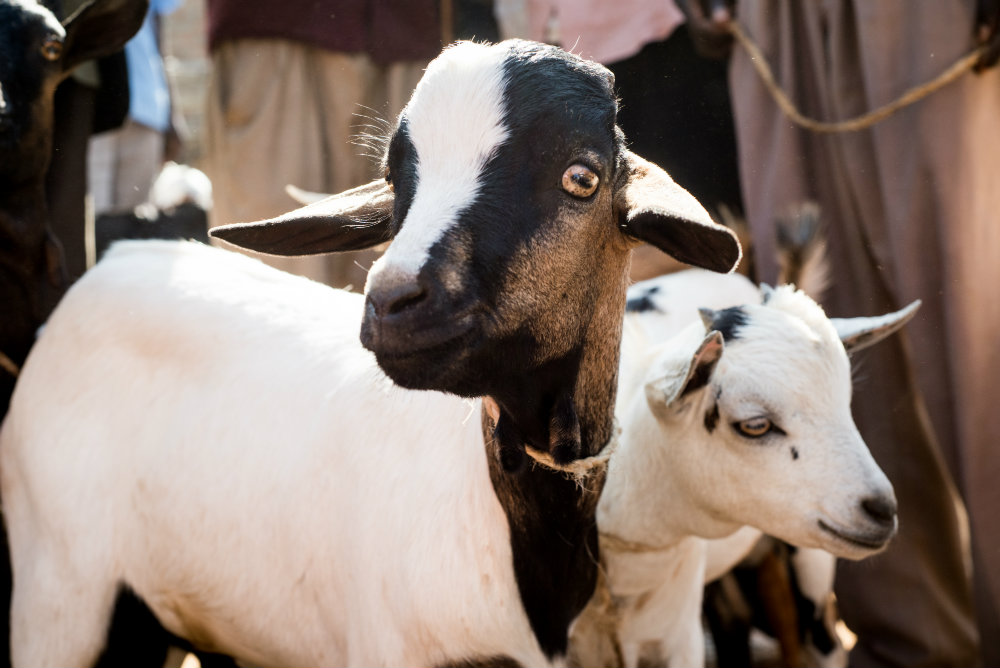 Apart from selling his own produce, John also helps other Luucho farmers find good markets for their crops. While conducting his cattle business, John scouts for the markets offering the highest prices for maize and other farm produce. Many of his neighbours knock on his door in the evenings to ask where they should sell their crops the next day.

Those evening courtesy visits also come from neighbours who are interested in buying cattle.

“The whole village trusts me to choose the best cows. If people want cows for milk, beef or to pay a dowry, they all come to me,” John says. “I’ve built good relationships with all my neighbours because of my work.”

John also plays the role of a banker. Despite the small income he makes for his business, John is among the highest-earning people in Luucho. Most of the people living in his village depend solely on agriculture for their livelihoods and have to raise money from limited income sources to feed their families. Because of this, John often lends small quantities of cash to his neighbours to buy food.

“This season, we have not received enough rainfall. Our crops wilted, and as a result we are going to harvest very little,” John says. “I’m worried because this means the whole village will be hungry.”

If indeed farmers in Luucho harvest little food this season, then John as their Mchurusi will become more important to his village than ever before. The demand for him to lend money to his neighbours will increase, and in turn, John will need to wake up even earlier to find a better price for his cows.

Want to keep up to date with the citizens of Luucho? Check back next month for part three of this year’s harvest series.