This week, Members of the European Parliament are voting on whether to crack down on phantom firms – an issue ONE members across Europe have been campaigning on for months.

They are voting whether to make public who owns and controls companies and trusts, as part of the Anti-Money Laundering Directive.

We need to know who is behind companies and trusts to stop corrupt politicians and dodgy businesses being able to rob African countries of billions. Armed with this information, citizens will be able to follow the money and root out corruption. And companies that offer to set up phantom firms, like our spoof website Stash-the-Cash.com, will be out of business.

If adopted, this law could help ensure that much-needed resources in developing countries are used to help people lift themselves out of extreme poverty instead.

Over 60,000 ONE members signed our petition asking MEPs to vote the right way, and 5,300 wrote personalised postcards to MEPs which we have been delivering.

The following MEPs are important to how the European Parliament votes on these laws.  Right now, they have reached a tentative agreement to make public who owns and controls companies and trusts, so are all adopting the position we have campaigned for!

However, we need to keep them there. They need their fellow MEPs to vote this through on 20 February in order to stay leaders in the fight against corruption and extreme poverty! 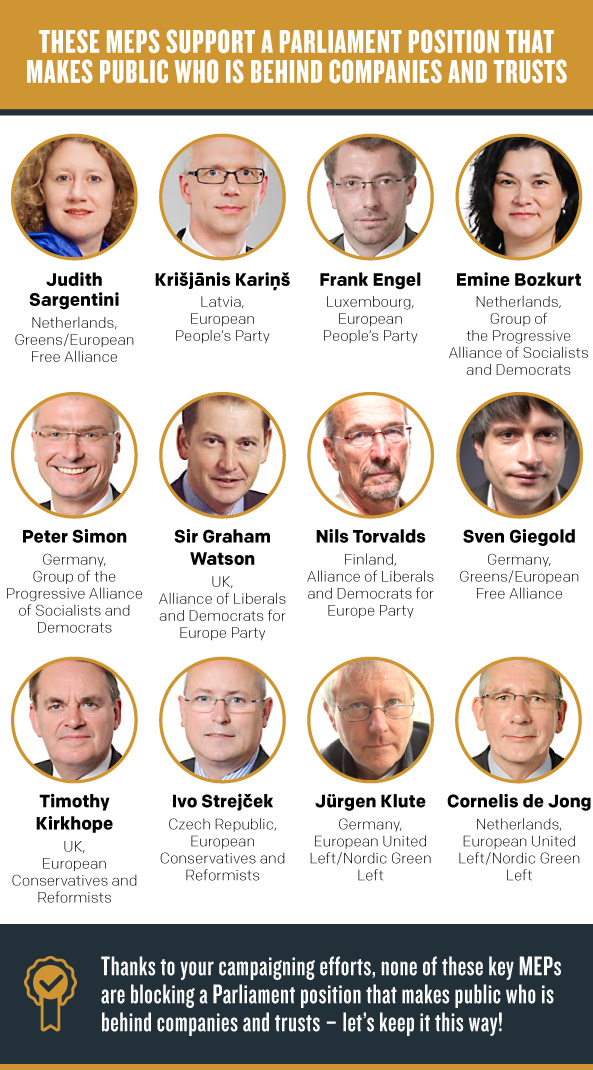