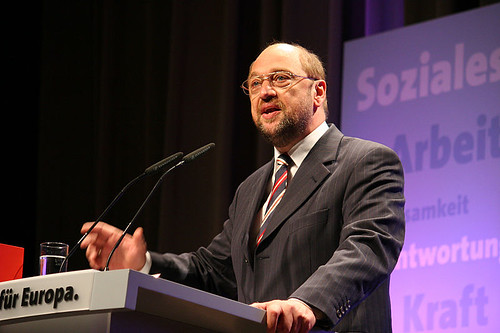 For campaigners targeting 27 EU Member States with diverse national priorities, sometimes it can seem as if we’re shouting into the wind. As poverty- fighters, we’re competing with lobbyists and special interest groups for the time, attention, and political will of decision-makers. So when a key leader takes notice at a critical moment and mentions our work on the global stage, it says something about the dedication, initiative, and political reach of our tremendous ONE members.

Last night, in his address to European presidents and prime ministers ahead of the EU budget negotiations, the President of the European Parliament Martin Schulz said:

As our petition inches closer to 167,000 and ONE members continue to Tweet, write, and call European leaders, it is nice to know that on the day the budget negotiations were set to begin, the message was reinforced.

Keep up the fight!