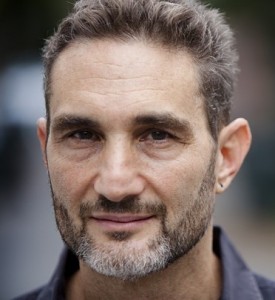 When it comes to exposing global corruption, investigative journalists have an important role to play.

They uncover otherwise unknown stories that enable citizens to stay informed and take action by holding their government leaders and corporate entities accountable.

That’s why ONE staff were thrilled to sit down with Ken Silverstein, an investigative reporter who uncovers global corruption and secret deals, at ONE’s Washington D.C. office last week.

He has written about dictators, chased down arms deals and unmasked the secret underbelly of the oil industry for publications like Harper’s Magazine, Slate, Mother Jones and Salon.

During Ken’s talk, he spoke about his new book, “The Secret World of Oil,” how he gets insiders to share valuable information, and breaks a common stereotype about corruption. 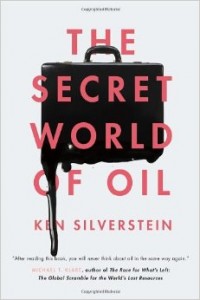 In the two decades of Ken’s reporting career, he has exposed the lavish lifestyle of President Teodoro Obiang of Equatorial Guinea and the outrageous spending and behaviour of his son, Teodorin, who for years lived in Malibu. (“He goes out until 4 A.M., spends thousands of dollars on sushi and champagne, then wakes up at 3 P.M. to play Call of Duty.”) In his new book, he unmasks endemic corruption between oil companies and governments across the globe.

How does he do it? By probing the intermediaries – the people who broker the deals. They’re the fixers, the lobbyists, and political handlers who power the system. From our interview, you’ll learn their motives for talking to reporters  – and why for some, their work is a point of pride.

I had a chance to ask Ken a few questions after his session with ONE staff in Washington, D.C., Berlin, Brussels and Johannesburg. 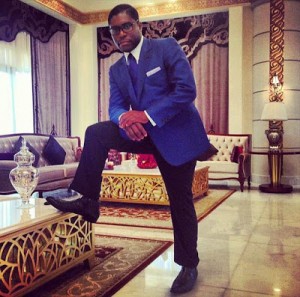 How do you get these ‘intermediaries’ to talk?

Most of the time, they’re not going to talk to you. But what I find is that you just need to try. You can’t think, ‘oh, so and so isn’t going to talk, so I won’t call.’ Sometimes, you get lucky.

People talk for a lot of reasons. Sometimes it’s ego. Sometimes it’s revenge. Think about people who are going to be motivated to talk to you. Ex-wives, ex-husbands are great. If those people are motivated enough, your story is taken care of, as long as you can confirm what they tell you.

Sometimes people feel justified or proud about what they do. They have world leaders in their Rolodexes and have brokered historic arms deals, for example. They just want to be remembered in history.

Is it hard to write critically about people, even if they are bad guys?

If you’re exposing people who are doing bad things, you just do it, or you get out of the profession. If you’re an investigative reporter and people aren’t mad at you, you’re not doing your job.

Some people say that you can never clean corruption from the system because it touches every aspect of life, from politics to economics. To what extent is there an ability to go after it?

When you’re talking about oil, it’s hard to see how you can get corruption out of the system. Oil and weapons deals are huge. The profits are immense. If you’re Chevron and you fail to get a deal in Kazakhstan, you’re losing billions of dollars over decades. It can impact your business for a long time.

Secondly, oil deals tend to be in the hands of decision-makers. If you want to close a deal in Equatorial Guinea, you don’t launch a grassroots campaign to win over the public. You line the government leaders’ pockets.

So it’s probably impossible to eliminate corruption from the oil business, but there’s been a lot of positive, incremental change due to the work of activists and  journalists and NGOs.

What can you say to help break the stereotype that only leaders in developing countries are corrupt?

Often they’re no more corrupt than Western leaders. You have in the last 30 years an immense concentration of corporate power. That really has corrupted our political system in a way that is truly unprecedented.

It would be a mistake to hold politicians up as heroes because frequently we’re disappointed. But to assume that everyone is bad, and that an opposition leader is no better than a corrupt president is usually wrong, too. In Africa, you can find really important leaders and journalists and activists who are doing good things.

What continually surprises you about corruption as a phenomenon?

In researching the book, it was surprising how routinised corruption is in the system. The way people talk about it – often off the record – and make no bones about the fact that the system is corrupt and payoffs are required whether they’re legal or not.

There was a guy who back in the old days worked for Mobil in Angola, he said “I spend 99% of my waking hours trying to figure out how not to technically violate the Foreign Corrupt Practices Act.”

Corruption is almost always there. There’s a huge incentive to cut corners.

Do you believe regular people can bust corruption? People who aren’t journalists or policy makers?

My God, yes. Look at Edward Snowden. The NSA revelations were huge and significant and altered our entire perception of the NSA. A lot of corruption cases also come out because of whistleblowers, the power of the individual to expose problems like these is huge.

Take action against global corruption. Join ONE in the fight against the Trillion Dollar Scandal.

Big thanks to Ken Silverstein for taking the time to talk to us at ONE. If you’re interested in reading his book “The Secret World of Oil,” you can buy it here.