On International Women’s Day, ONE published its fourth annual Poverty is Sexist letter to world leaders, putting them on notice and demanding that they deliver powerful changes for women and girls living in extreme poverty. 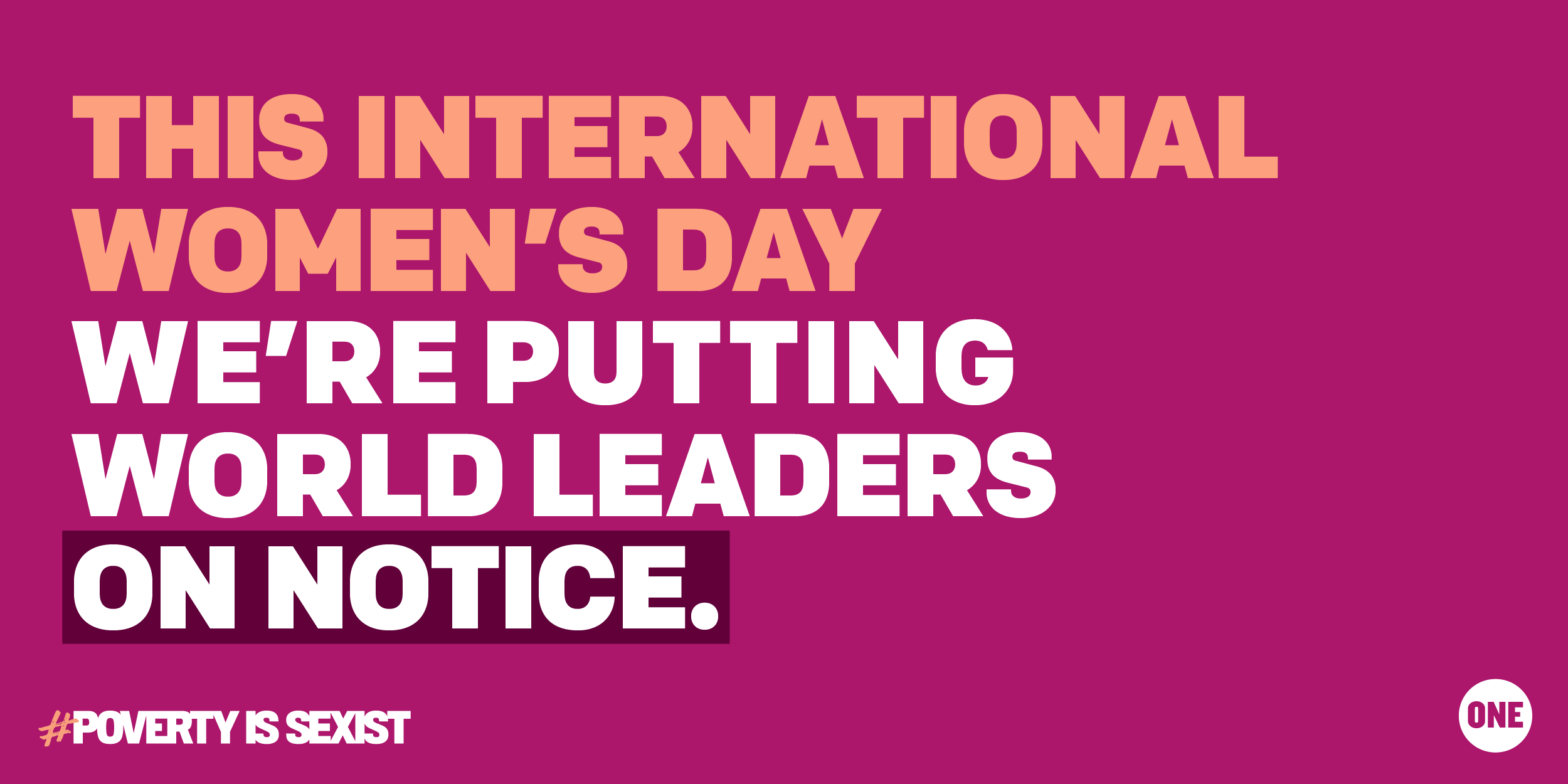 Since it’s launch on March 8th we’ve had incredible support from over 150 influential figures who’ve added their name to the letter and their weight behind the global fight against sexism!

Thanks to powerful voices like Oprah, Meryl Streep, Danai Gurira, Reese Witherspoon, David Oyelowo and the many others listed below for calling out injustice and saying “no more” to women not being allowed to reach their full potential.

The fight for gender equality does not stop in our own backyards — and the conversation must include the girl denied an education in South Sudan, the farmer not allowed to own the land she works in Uganda, and the woman not allowed to bank the money she earns in Chad.

We’re living through an incredible moment in history and surrounded by inspiring examples of what is possible when people come together and stand up for what they believe in.

Will you join us by adding your name?

We’re putting you on notice.

For 130 million girls without an education. For one billion women without access to a bank account. For 39,000 girls who became child brides today. For women everywhere paid less than a man for the same work.

There is nowhere on earth where women have the same opportunities as men, but the gender gap is wider for women living in poverty.

Poverty is sexist. And we won’t stand by while the poorest women are overlooked.

You have the power to deliver historic changes for women this year. From the G7 to the G20; from the African Union to your annual budgets; we will push you for commitments and hold you to account for them. And, if you deliver, we will be the first to champion your progress.

Bobby Shriver, Co-Founder, ONE and (RED)

Bono, lead singer of U2 and co-founder of ONE and (RED)

Jamie Drummond, Co-founder of ONE

Julia Gillard, Chair of the Board of Directors at the Global Partnership for Education, and former PM of Australia

Mo Ibrahim, Founder and Chair of the Mo Ibrahim Foundation, Founder of Celtel, and Founding Chairman of Satya Capital Limited

Pascal Saint-Amans, Director of the Center for Tax Policy and Administration, OECD

Susan A. Buffett, Chairwoman, The Sherwood Foundation and the Susan Thompson Buffett Foundation

Tom Freston, Chairman of the Board, ONE, and Principal, Firefly3

Valerie Amos, Former Member of Parliament of the United Kingdom

Valerie Jarrett, Former Senior Advisor to the President of the United States & Chair of the White House Council on Women and Girls