The G8 Summit in Camp David last weekend marked the three year anniversary of the 2009 L’Aquila Food Security Initiative (AFSI). It also previewed the expiration of most of the financial pledges by the end of 2012. With one of the worst droughts in 60 years in the Horn of Africa — which ravaged the livelihoods of more than 13 million people in 2011 and another drought putting 12 million people at risk in the Sahel region of West Africa — I ask, is enough being done to address food insecurity and vulnerability to shocks for poor people in developing countries? 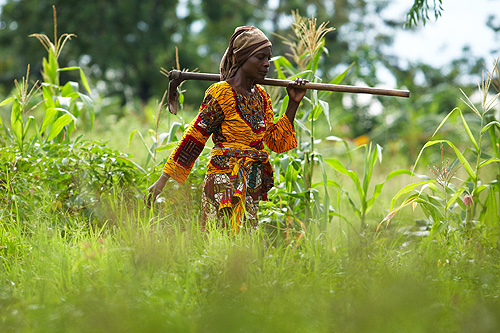 The G8 set a bold and much-welcomed goal of lifting 50 million people out of poverty over 10 years –- just as you asked. They plan to do this by crowding-in private sector investment through establishing cooperation agreements with interested African governments. The New Alliance for Food and Nutrition Security will “increase responsible domestic and foreign private investments in African agriculture, take innovations that can enhance agricultural productivity to scale, and reduce the risk borne by vulnerable economies and communities.” 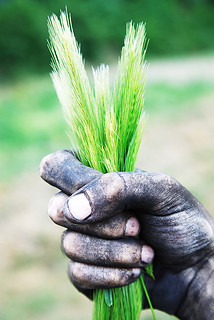 Ethiopia, Tanzania and Ghana will be the first, while Burkina Faso, Mozambique and Cote d’Ivoire are expected to follow shortly. Forty-five private multinational and national companies committed to spend $3 billion over three years.

The G8 also committed to raise $1.2 billion over three years from new and existing donors to support the Global Agriculture and Food Security Program (GAFSP). The GAFSP embodies the Rome Principles, and only backs country-owned plans so this will help to fund at least some of the 30 country plans that are ready to go.

The Camp David Accountability report shows that AFSI donors have committed 99 percent but disbursed just 58 percent of their $22 billion in pledges. According to the G8, they are on track to fully “commit” their financial pledges by the end of 2012 but no telling when all the funds will reach the ground. Four of 13 AFSI donors (Canada, Italy, The Netherlands and the United Kingdom) have fully disbursed their pledges. The report also shows that G8 countries are aligning 90 percent or more of their programs with country-owned plans, yet 30 country investment plans remain just 50 percent funded.

Overall, this year’s Camp David Accountability report is a huge step forward for G8 transparency. This improvement will tackle food security by providing in-depth tables of spending, descriptions of programs and a series of indicators to measure progress against the Rome Principles of country ownership, strategic coordination, and taking a comprehensive approach to both short-term and long-term solutions to food insecurity.

Unfortunately, the G8 chose not to measure itself against the 5th Rome Principle of maintaining a sustained financial commitment to reducing global food insecurity. The G8 Communique is very soft on this point noting they will “continue to address current and future challenges,” but falling short of setting the $22 billion L’Aquila pledges as a baseline for spending.

The G8 also came up short on funding country-owned plans. There are 30 plans, 22 of them in Africa, that are ready to go. They are tested, costed and affordable, but the G8 is only starting to work with three of them without a plan on how to scale-up. Seventeen of these countries also participate in the Scaling Up Nutrition movement aimed at building political will and momentum to tackle childhood undernutrition. However, the G8 failed to outline a target to reduce stunting –- irreversible damage to the brains and bodies of young children that limits their lifetime potential.

A continued and sustained effort by ONE members and the international development community is required to 1) acquire the rest of the resources for country investment plans and proven nutrition solutions and 2) pressure the G8 to remain transparent and accountable to their promises. The G8 have started to pave the road to a future free from hunger and poverty, but it’s our job to make sure they stay on the right track.