A great guest post from ONE member Sarah Stone in Waterloo, Ontario:

I recently had the privilege to travel to Ottawa with ONE and represent the thousands of Canadians who lent their voice to the petition calling on Prime Minister Stephen Harper to honour his commitments to the world’s poor and protect Canadian foreign aid in the coming budget.

I, along with Engineers Without Borders (EWB) representatives Robyn Chatwin-Davies and Christopher Weller had the opportunity to meet with MP Lois Brown, Parliamentary Secretary to Minister of International Cooperation Bev Oda, to present the petition and discuss the work of EWB and ONE. 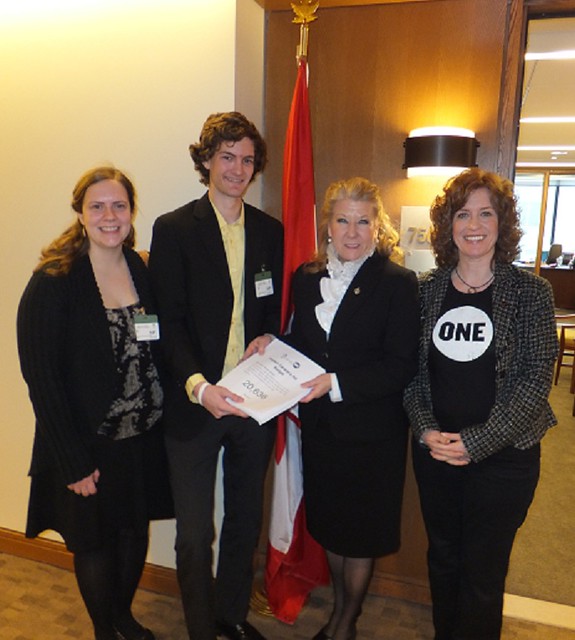 ONE member Sarah Stone (right) presents the petition to MP Lois Brown, along with Robyn Chatwin-Davies and Christopher Weller, volunteers of Engineers without Borders. 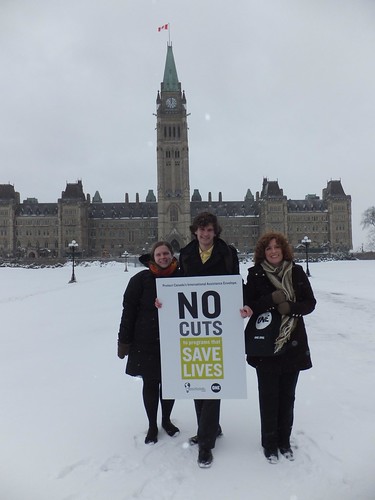 I shared with her how I became involved with ONE and that as a Canadian, I felt that it was a moral imperative that we continue to fund and support development programs in the world’s poorest nations.

Our message was well received and we left the petition (signed by 20,626 people!) with MP Brown, which serves as a tangible example that Canadians are globally minded and that they value and support Canada’s involvement in funding development programs around the world.

I along with other Canadian ONE members will now be waiting for the impending budget announcement from the Minister of Finance on March 29.

Thank you to everyone who signed the petition. Thanks to your efforts we are being heard! 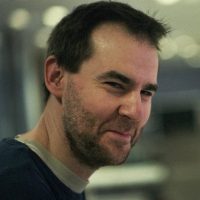