Here’s what we got up to during the two exciting days of the launch.

After a full day of introduction sessions on campaigning, the media and ONE’s policy work, 5 of our Ambassadors had the chance to join the audience of Germany’s biggest morning TV show, Morgenmagazin. The show’s host even said hello and gave them the chance to talk about ONE on air. A great start to the day! 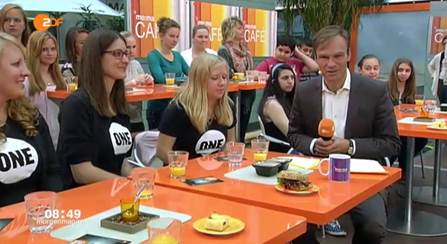 Hey look, I’m on TV! Our Youth Ambassadors on the morning show Morgenmagazin. 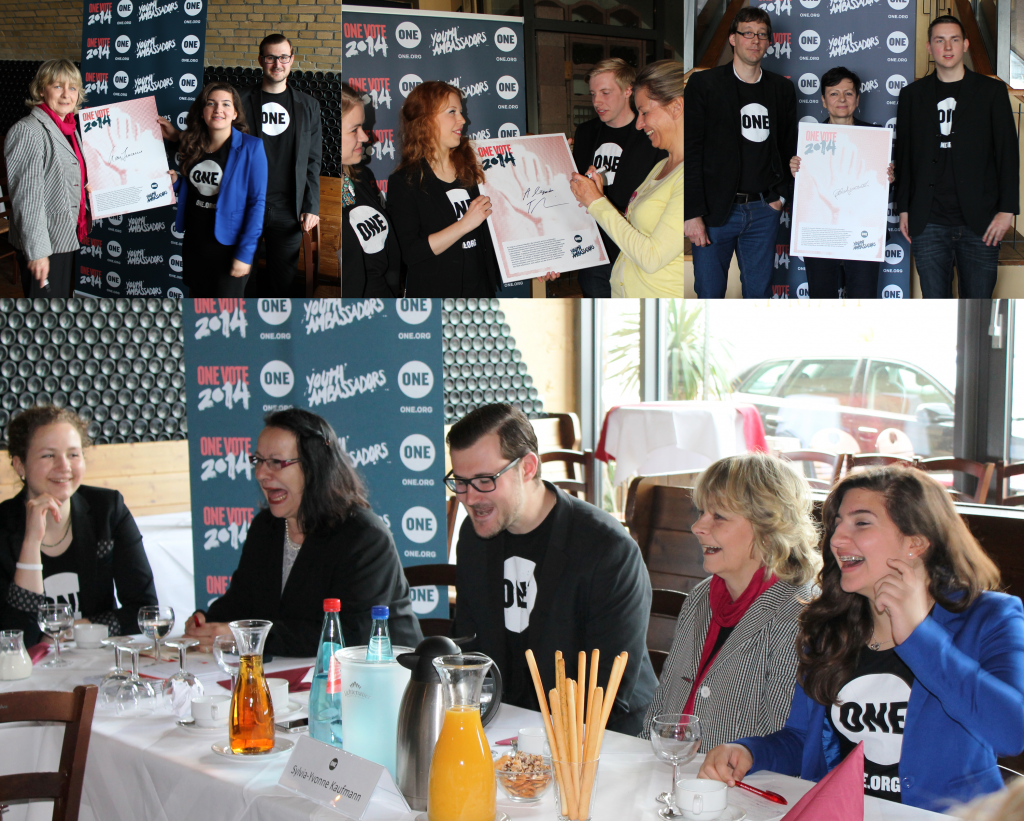 The three candidates signing our ONE VOTE 2014 pledge. Credit: ONE

We were lucky enough to be joined for part of the day by hip-hop band Culcha Candela outside the Brandenburg Gate. The band was fantastic and readily approached the crowd to explain our campaign. There were quite a few teenage girls who were VERY keen to talk to them and have their picture taken with them too.

We’re so excited to have our incredible Youth Ambassadors on board with us this year. Join them by adding your name to the ONE VOTE 2014 petition.