This week in Brussels, crucial discussions took place and important resolutions were adopted as the elected representatives of the 78 African, Caribbean, Pacific (ACP) states met their 78 European Parliament counterparts to address key issues such food and nutrition security, health, agriculture and education in the ACP States. 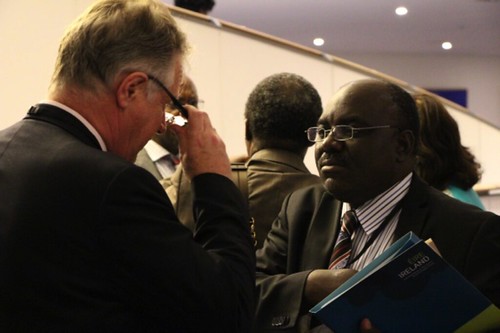 ONE CEO Michael Elliott and guest

On the occasion of this 25th session of the ACP-EU Joint Parliamentary Assembly, ONE Brussels was present to meet ACP and EU representatives, inform them and encourage fruitful discussions on these important issues.

During three days, ONE had an information stand where JPA participants were offered materials on a broad range of important issues such as EU assistance for health and agriculture in sub-Saharan Africa. Many thoughtful discussions about joint solutions to fight extreme poverty in ACP countries took place, and participants signed up to be ONE members to support our activities in Europe and Africa.

ONE also launched the 2013 DATA Report: Financing the Fight for Africa’s Transformation in Brussels this week.  Joined by more than 40 ACP and European representatives as well as civil society, Eloise Todd, ONE’s Brussels Director, and Michael Elliott, ONE’s President and CEO, presented ONE’s 2013 DATA Report. Their introductions were followed by a reception during which Parliamentarians and civil society discussed the DATA report’s findings. 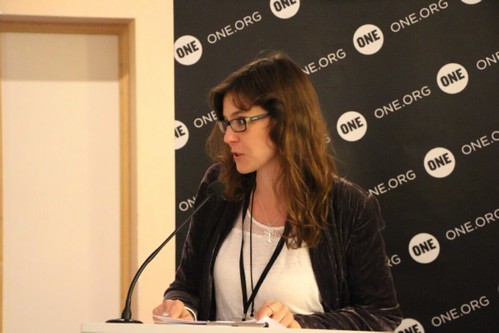 As 2013 is a key year for the future of global health financing – both at EU and global levels, ONE also joined other Brussels-based NGOs in organising a lunch roundtable entitled “Bridging the global health funding gap: EU-ACP shared responsibility in the Post-2015 context.”

On the last day of the JPA, ONE even had the pleasure of saying hi to President Martin Schulz, a well-known development champion, who was on his way to make his closing remarks.

Three days, two events and many conversations with Parliamentarians and civil society from Europe, Africa, the Caribbean and the Pacific later, the ONE Brussels staff left the JPA very happy to have had the chance to join this unique forum for decision-makers from ACP and EU states.

View more photos from the event.