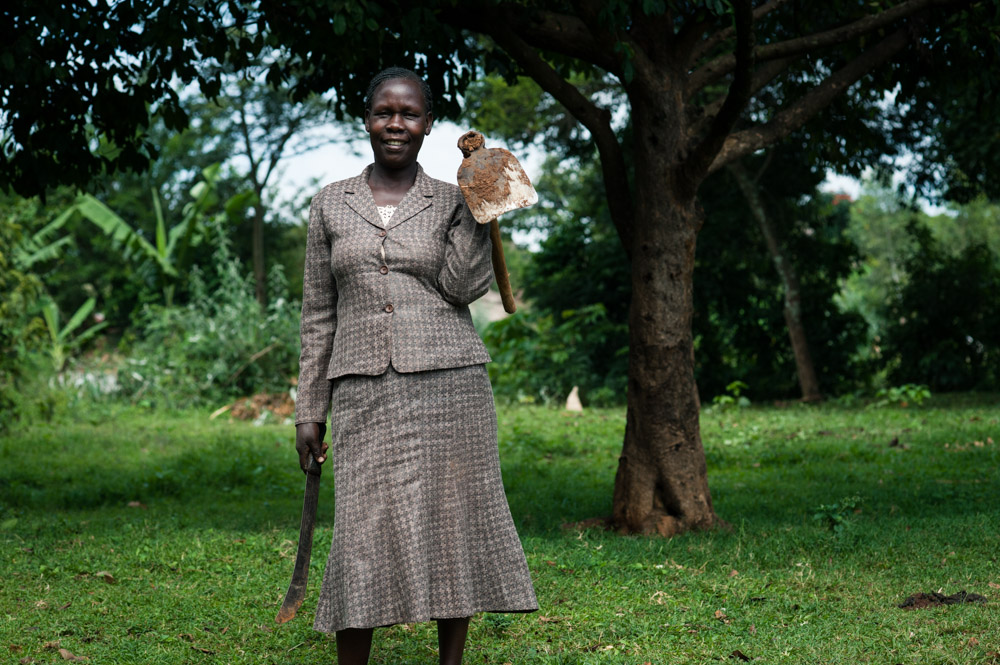 Anne Wafula is a farmer in Kenya, and is part of the One Acre Fund network. Photo: Hailey Tucker

With the African Union Year of Agriculture and Food Security in full swing, ONE today is releasing a joint report with the World Bank’s Gender Innovation Lab aimed at sparking policy change on a formidable barrier holding back Africa’s agricultural transformation – a wide and pervasive gender gap.

Levelling the Field: Improving Opportunities for Women Farmers in Africa brings forward fresh, new data measuring the gender gap in African agriculture and sets out a roadmap to guide policy change. Tackling the specific drivers of the productivity gap identified in the report could deliver a powerful one-two punch of improved gender equality and economic growth.

Women make up half of Africa’s agricultural workforce overall, and more than half in some countries. Yet for several years we have had evidence of a troubling reality: on average, women farmers produce less per unit of land than men.

This gender gap in agricultural productivity affects women’s incomes, their children’s opportunities, and the availability of food and prospects for economic growth in their wider communities. But so far, we have only had limited data showing the extent and causes of the gap, and we’ve had even less evidence on how to address it.

Here are a few of the report’s biggest takeaways:

1) The gender gap in African agriculture is real, and in many countries, quite dramatic.

A simple comparison of average productivity reveals that women farmers produce up to a quarter less than men. Yet when comparing men and women who farm similar sized plots across similar settings, the gender gap ranges from 23% in Tanzania to a shocking 66% in Niger.

2) Ensuring that women have equal access to key resources like labour, fertiliser, or training does not always generate equal returns for women farmers.

Our research has unearthed a surprising discovery. Previously it was believed that the gender gap stemmed solely from women’s inability to access key resources like fertiliser, training, or labour. Our report finds that, in many cases, even when men and women use the same amount of a particular resource, men get higher yields as a result.

For example, in Ethiopia, differences in benefits received from the use of resources account for more than half (57%) of the gender gap in agricultural productivity. As it turns out, although men and women use the same amount of fertiliser on their plots (equality of access), men still receive higher yields than women (inequality of returns).

These new findings demonstrate the need for policy makers to better design policies that actually address these problems, which in this case may relate to the quality of fertiliser women farmers use or how or when they apply it.

3) While the drivers of the gender gap vary by country, challenges related to labour, fertiliser, and land, cut across borders.

Labour emerges as the chief barrier to progress for women farmers, and it’s a challenge that policy-makers have largely overlooked. Agriculture in Africa depends heavily on manual labour, from farmers’ households, families and communities. Unfortunately, across every country profiled in the report, women face difficulties mobilising the workers they need to make their farms successful.

Policy guidance on this front has been woefully insufficient. For this reason, the report calls upon African policy-makers and donors to do more to develop effective policies and programs to help women farmers overcome their labour challenges.

2014 offers an historic opportunity for policy-makers, donor governments and development partners to commit to concrete actions to narrow the gender gap in agriculture. The African Union has declared it to be the “Year of Agriculture and Food Security,” bringing much needed attention to the sector’s potential to transform the continent.

As part of this historic year, we are calling on African leaders to make a new, robust commitment to narrow the gender gap in agriculture and unveil this commitment at the African Union Summit in Malabo, Equatorial Guinea this June.