Every year, I look forward to September because it brings with it a few of my favorite things: cooler weather, pumpkin- and cinnamon-flavored everything, the return of the Pittsburgh Steelers American football team, and my own birthday.  This year, September has also brought one of the nerdiest of joys a girl could hope for: a shiny new data set bearing great news about the progress we’ve made in global health.  In this case, UNICEF and its partners released today a report showing that the world has yet again made incredible headway in reducing the number of preventable child deaths around the world.  Specifically, an estimated 6.9 million children died before the age of five in 2011, down from 12 million in 1990 and 8.2 million in 2005.  Viewed another way, the rate of decline in the under-five mortality rate has nearly doubled in the last two decades, accelerating from 1.8% globally in the 1990s to 3.2% globally in the 2000s. 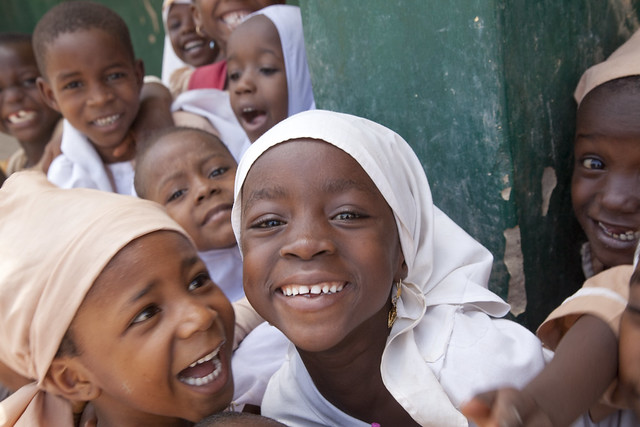 This decline is not coincidental.  Over the course of the last decade—and particularly in the last few years—world leaders have devoted increasing attention and resources to improving child health.  We’ve seen historic increases in the delivery of cost-effective interventions including bednets to protect against malaria, routine immunization, antiretroviral drugs to prevent mother-to-child transmission of HIV, and nutritious foods and micronutrients.  Affected country governments and their health workers have become better at diagnosing and treating pneumonia and diarrhea.  And scientists have developed new tools, including vaccines to fight rotavirus and pneumococcal, aimed directly at two of the biggest killers of kids in the developing world.  Global ONE members have lent their voices to a global choir campaigning on these issues, supporting important mechanisms like the GAVI Alliance, the Global Fund, and bilateral programs providing other critical health services.  The report out today shows that these collective investments have driven real, life-saving change in communities and countries around the world.

It is of course a a strange experience, though, to write a blog celebrating a decline in deaths when the report also clearly highlights that so many children—more than 19,000 every day—continue to die from entirely preventable causes.  And we should not allow global progress to distract us from a number of concerning regional and local trends.  Child mortality is increasingly concentrated in two regions, sub-Saharan Africa and South Asia, and in 5 countries: India, Nigeria, the Democratic Republic of Congo, Pakistan, and China.  In sub-Saharan Africa, 1 in 9 children still dies before the age of 5, and in many countries around the world, positive national trends mask troubling inequities.  UNICEF’s report shows that children born into the poorest fifth of households are nearly twice as likely to die as those born into the richest fifth of households, and that children born into households where the mother has no education are nearly three times as likely to die as those born into households where the mother has received secondary education.

These data points are worrisome.  Yet another data set within the report should give us hope: 9 low-income countries—Bangladesh, Cambodia, Ethiopia, Liberia, Madagascar, Malawi, Nepal, Niger, and Rwanda—have reduced their under-five mortality rates by 60% or more since 1990. That incredibly exciting degree of progress achieved by these 9 diverse countries with limited resources shows us what is possible when the appropriate political will, scale up of services, and financial commitments are applied together in support of children’s health.   This September, my birthday wish is that we could continue to learn from these 9 countries, applying what lessons they can teach us and extending those lessons into the toughest-to-reach communities, so that together we can ensure that in the future every child can celebrate a happy and healthy fifth birthday.