By Hannah Treanor, ONE Youth Ambassador in Ireland

The moment I found out about ONE was the moment I decided to become a Youth Ambassador.

The position immediately appealed to me as it combined three of my favourite things: a political yet non-partisan approach, a focus on social issues and, of course, the opportunity to make a tangible difference. I sent off my application, did a telephone interview, and was delighted to be informed that I had been chosen as one of 25 Irish Youth Ambassadors for the coming year. The training weekend provided me with a glimpse of what was to come over the next couple of months: media and lobbying training, information sessions, PR stunts… essentially all the ingredients to get ONE’s voice heard in our increasingly hectic, social-media-focused world! 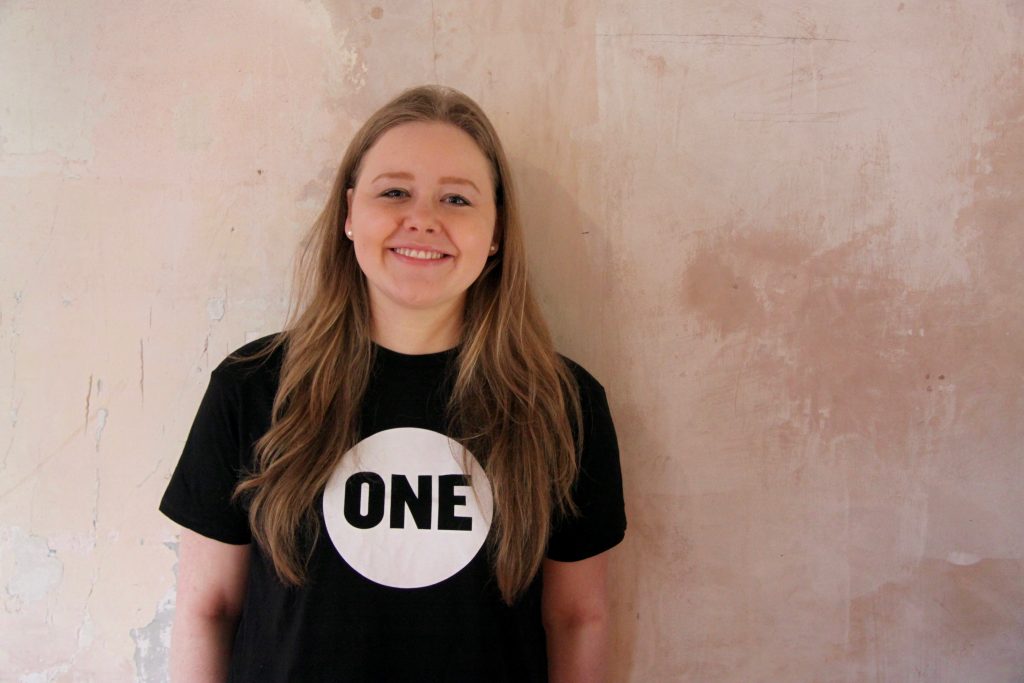 The year ahead would contain many amazing experiences. Between leading a Twitter campaign to encourage increased commitment to the Global Fund, convincing a political leader to support us despite scepticism from his party members, and carrying out a stunt to highlight the sexism of poverty with 300 people in Paris, life as a Youth Ambassador was a rollercoaster.

The stand-out experience was attending the ONE Leadership Summit in Montreal, which coincided with the Global Fund conference, an event we had been campaigning for back home. During the summit, I met many incredible people and heard from inspiring speakers such as Patricia Asero Ochieng and her daughter Consolata Opiyo (both advocates for women living with AIDS), Bill Gates, Bono, and Prime Minister Justin Trudeau. 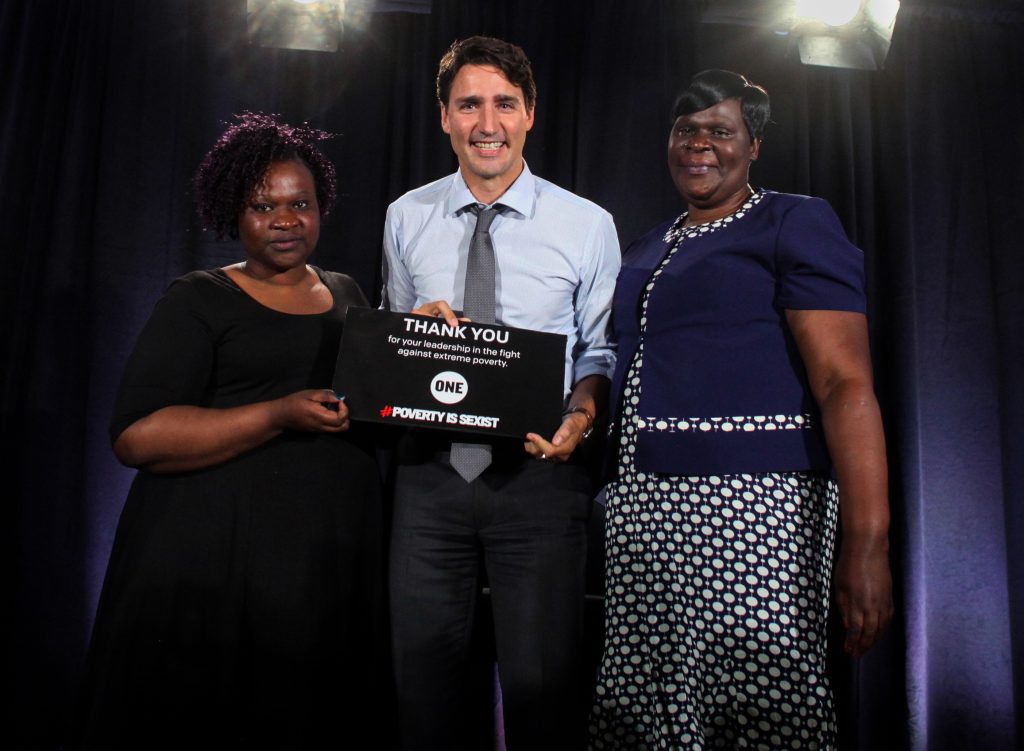 Being present when the Executive Director of the Global Fund came out to speak to us and tell us that the conference had managed to raise almost $13 billion to fight malaria, tuberculosis, and HIV/AIDS was a defining experience in my time as a ONE Youth Ambassador. Although I knew before that our work made a substantive difference, the opportunity to be personally thanked by the conference leaders really brought home to me how well-organised campaigning can have a huge impact, and shape the world.

I am so grateful for my year spent working with ONE. It has provided me with a belief in myself and my ability to make things happen. The most important thing I have learned this year is that a small group of people have the power to make a significant difference.

Young people today are often viewed as politically disengaged, overly sensitive and self-centered individuals. As the Youth Ambassador programme shows, when young people encounter an important issue, the passion and drive with which we will greet that topic is astonishing. I have met so many young people who manage to balance school, social lives and the everyday pressures of growing up, with an overwhelming desire to make a difference in the world. ONE gives its Youth Ambassadors a specific focus and leaves the choices about how to achieve those goals up to us. In return, we prove that when given responsibility we always rise to the challenge.

ONE has instilled in me the dream of working on the executive board of an NGO one day. I have learned that my organisational and leadership skills can be used in a setting other than just a corporation whose main objective is profit. I now understand that my passion for equality does not just have to be an “extracurricular” project. Instead, I can devote my time and talents into making equality a reality.