July 18 is Mandela Day, a time for everyone to reflect and recognise the incredible contributions one man made to an entire generation, an entire world. He serves as a beacon of hope for anyone who ever went against the fold and fought for what was right, regardless of the consequences. In our minds all year long, BUT today especially, he deserves our attention.

Throughout the years there have been many documentaries, movies, and TV specials made on Mandela’s life and his work. This Mandela Day, choose one (or more) of our top six Nelson Mandela features and learn a bit about the man who changed everything: 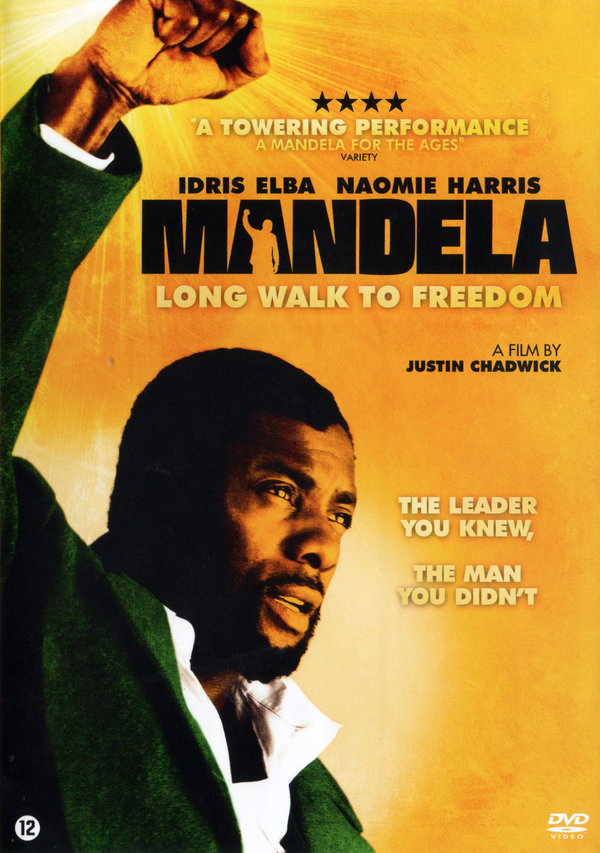 Based on Mandela’s 1995 autobiography of the same name, Idris Elba stars in this film chronicling Mandela’s childhood, coming of age, 27 years in prison, and eventually his serving as the President of South Africa. 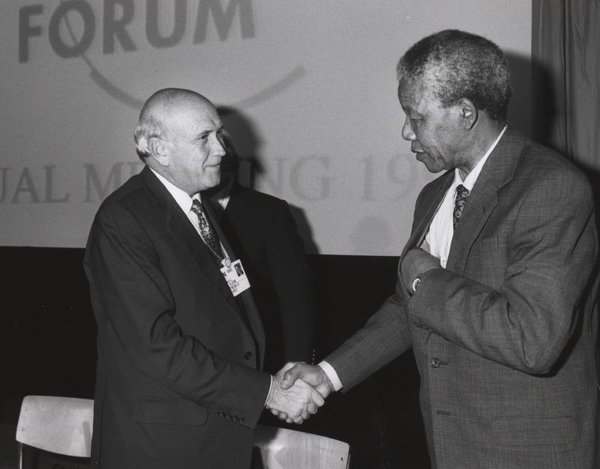 This 1997 TV movie stars Sidney Poitier and Michael Caine as Nelson Mandela and F.W. de Klerk as they transition to end apartheid in South Africa. De Klerk was the President of South Africa before Mandela took over as they together got rid of South Africa’s racial segregation policy and fought for all citizens having equal voting and other rights. The two leaders received the Nobel Peace Prize in 1993. 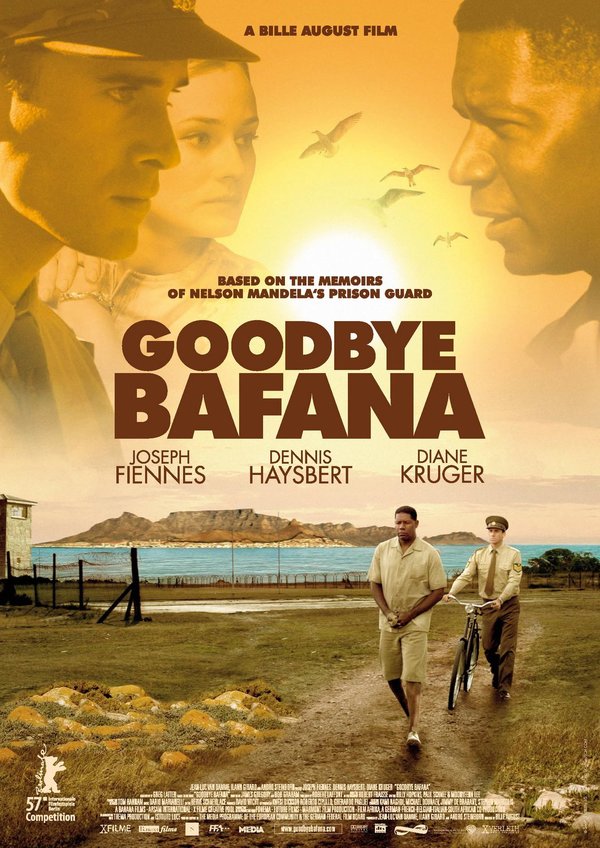 Based on james Gregory’s book, Goodbye Bafana: Nelson Mandela, My Prisoner, My Friend, the film explores the relationship between Gregory and his wife and Mandela while he acted as Mandela’s (extremely racist) censor officer and prison guard. 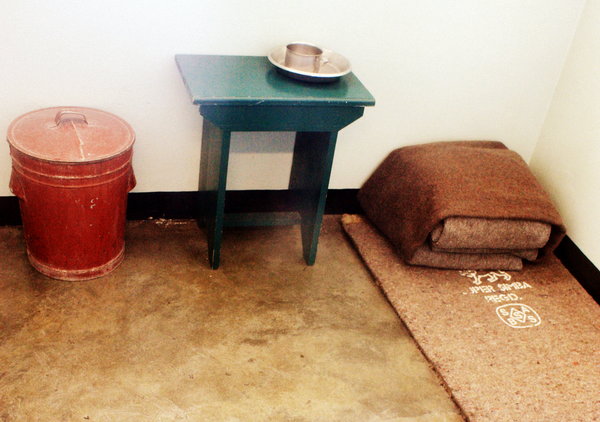 The inside of Mandela’s prison cell as it was when he was imprisoned in 1964. The cell later contained more furniture, including a bed from around 1973

Beyonce hosts a documentary during MTV’s Staying Alive international initiative encouraging HIV prevention and fighting stigma and discrimination. It features four young people in South Africa asking Mandela about some key contemporary issues and how they can help affect change. 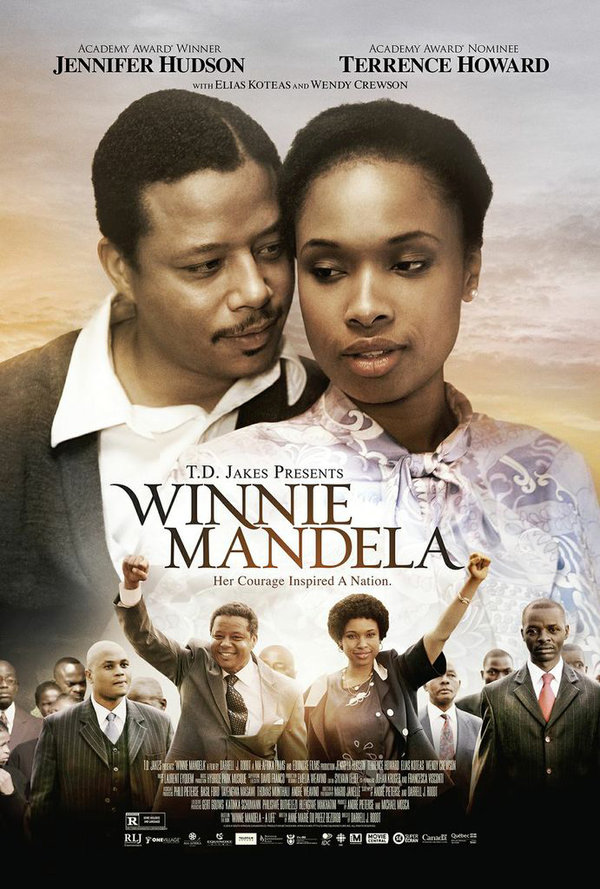 Shifting focus to Nelson Mandela’s wife, Winnie Mandela discusses Winnie’s role in the Mandela story as the face of her husband’s ideals while he was in prison. She even suffered eight years in prison herself, often forbidden to speak. Jennifer Hudson stars as the powerful Winnie. 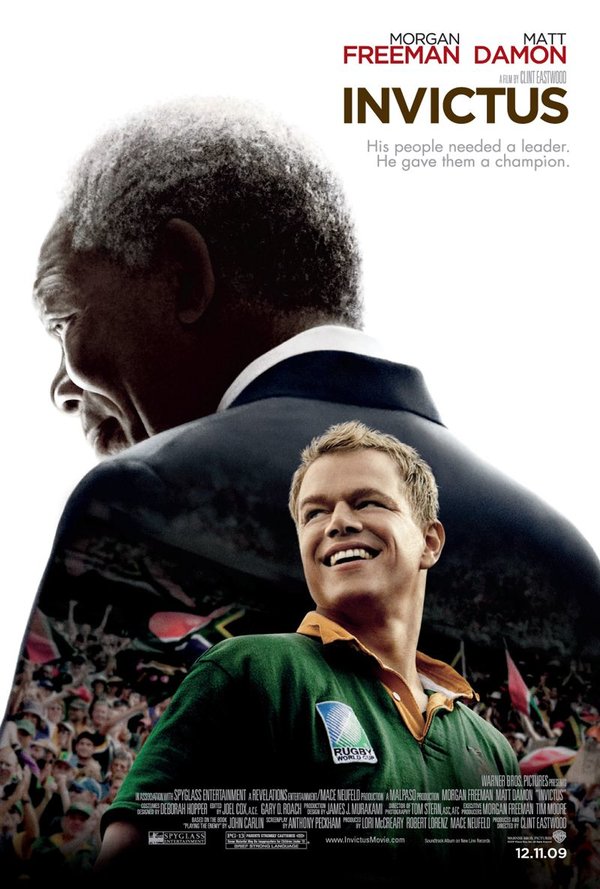 In a personal favorite, Clint Eastwood directs Morgan Freeman and Matt Damon in this story based on the John Carlin book, Playing the Enemy: Nelson Mandela and the Game That Made a Nation which discusses the events of the 1995 Rugby World Cup in South Africa. In a time of intense apartheid, rugby was an unlikely model for change, yet the nation is able to unite over celebrating this odd-defying team.

What’s your favourite film inspired by a real life hero? Let us know in the comments below!