Three incredible ONE members are going to the Global Partnership for Education Replenishment in Senegal, to tell world leaders that they need to put an end to the global education crisis.

They were chosen by the partnership to attend as a part of a Youth Delegation, who will be on the ground learning more about how we can fight the global poverty and writing a Youth Statement to world leaders, who are meeting in Dakar this week to raise $3.1 billion to #FundEducation for ALL.

Wadi Ben-Hirki, ONE Champion from Nigeria, 20. 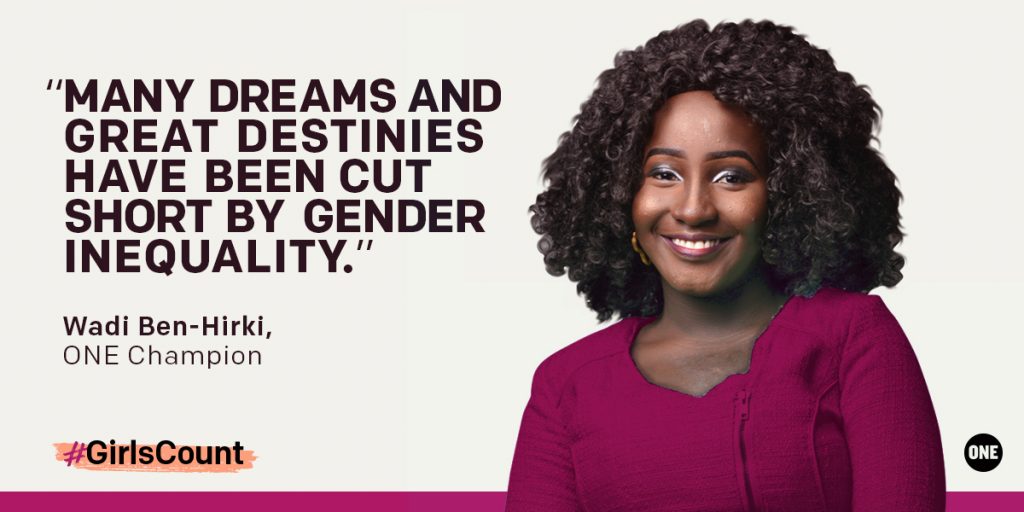 Wadi Ben-Hirki is a young female leader and ONE Champion from Adamawa State in Northern Nigeria. She is passionate about education and participated in ONE’s #GirlsCount campaign and walk-in on the International Day of the Girl. Wadi is also the founder of the Wadi Ben-Hirki Foundation, a registered organization that aims to assist marginalized groups achieve their goals.

Wadi’s foundation runs three major projects in Northern Nigeria: Street2School, an assistance program that provides free and quality education to less-privileged children; GirlsNotWives, a platform that advocates against child marriage, female genital mutilation, rape and child trafficking; and Love In The Midst Of War, a project focused on rehabilitating the survivors of the Boko Haram insurgency in Northern Nigeria. 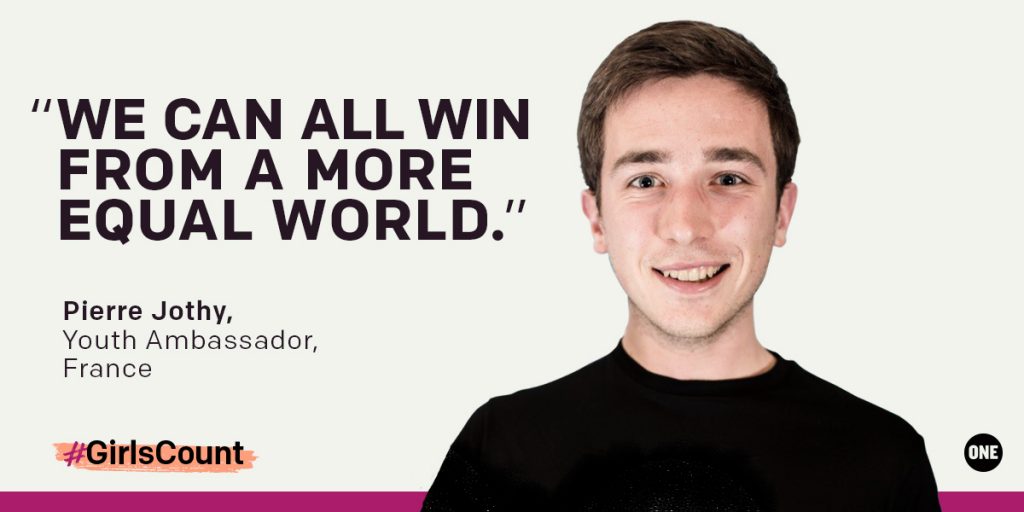 Pierre is a masters candidate at one of France’s most prestigious schools, Sciences Po Grenoble, where he is studying Policies and Practices of International Organizations.

He is a member of ONE Campaign, Action Against Hunger, the French scouts and student parliament in his hometown of Grenoble. Pierre was also a participant in a solidarity project based in Bolivia where he spent time in an orphanage and organised an educational program with young Bolivian people on health awareness, malnutrition and contraception.

As a ONE Youth Ambassador, Pierre raised awareness and campaigned for girls’ access to education through ONE’s #GirlsCount campaign, participated in a dozen political meetings with French and European members of Parliament to advocate for action on girls’ education and has been interviewed by the French media to spread the word and promote the campaign. 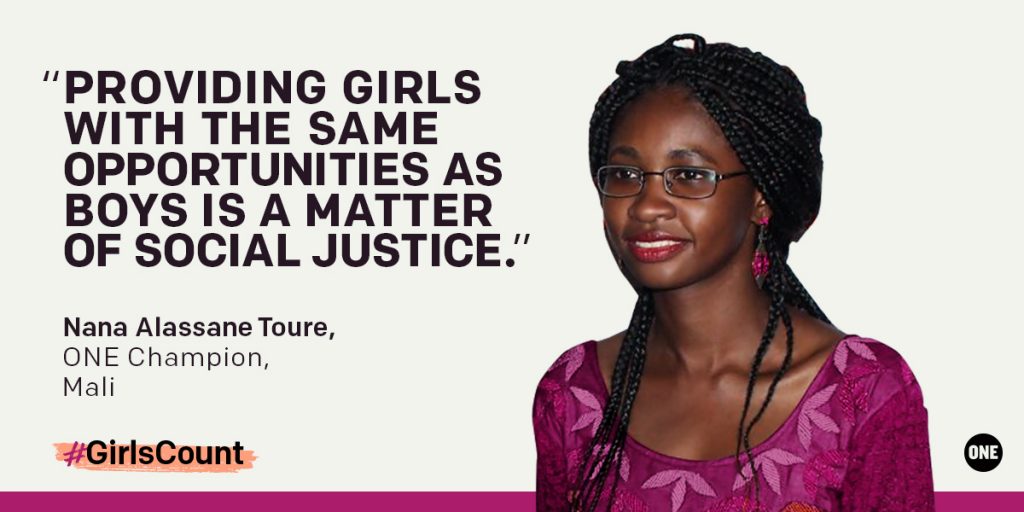 Nana Alassane Toure is a sociologist by training and specialises in development policies and practices.

She is a researcher and author covering issues such as Governance, Violent Extremism, Peace and Security. She is also a Lead Trainer, working with on human rights and activist in Youth Organizations in Mali and in Africa. Nana is passionate about raising awareness and ensuring that young people are informed on issues of peace and security. She has been a speaker at a number of high-level conferences where she shared her knowledge and expertise.

Nana supported ONE this year to help to push the African Union Demographic Dividend in which ONE’s core asks included education, empowerment, and employment.

If you want to keep up with the Youth Delegates activities at this year’s GPE Replenishment then check them out Twitter!