Our Meet our Volunteers series is back with some first hand insight from Fadel, Malka and Melissa, from Senegal, France and Canada.

“I wanted the opportunity to be part of the momentum of an organization that is making a positive difference across Africa,” explained Fadel, speaking about his decision to get involved with ONE.

Malka — one of our Youth Ambassadors from France — challenged her fear of public speaking and got four candidate to sign the EU ONE Vote pledge!

And Melissa has been most inspired by who that came before us to end unacceptable ills in society. She too hopes to make a positive change in the world.

Let’s learn more about what else inspires our volunteers and what they’ve done with ONE. 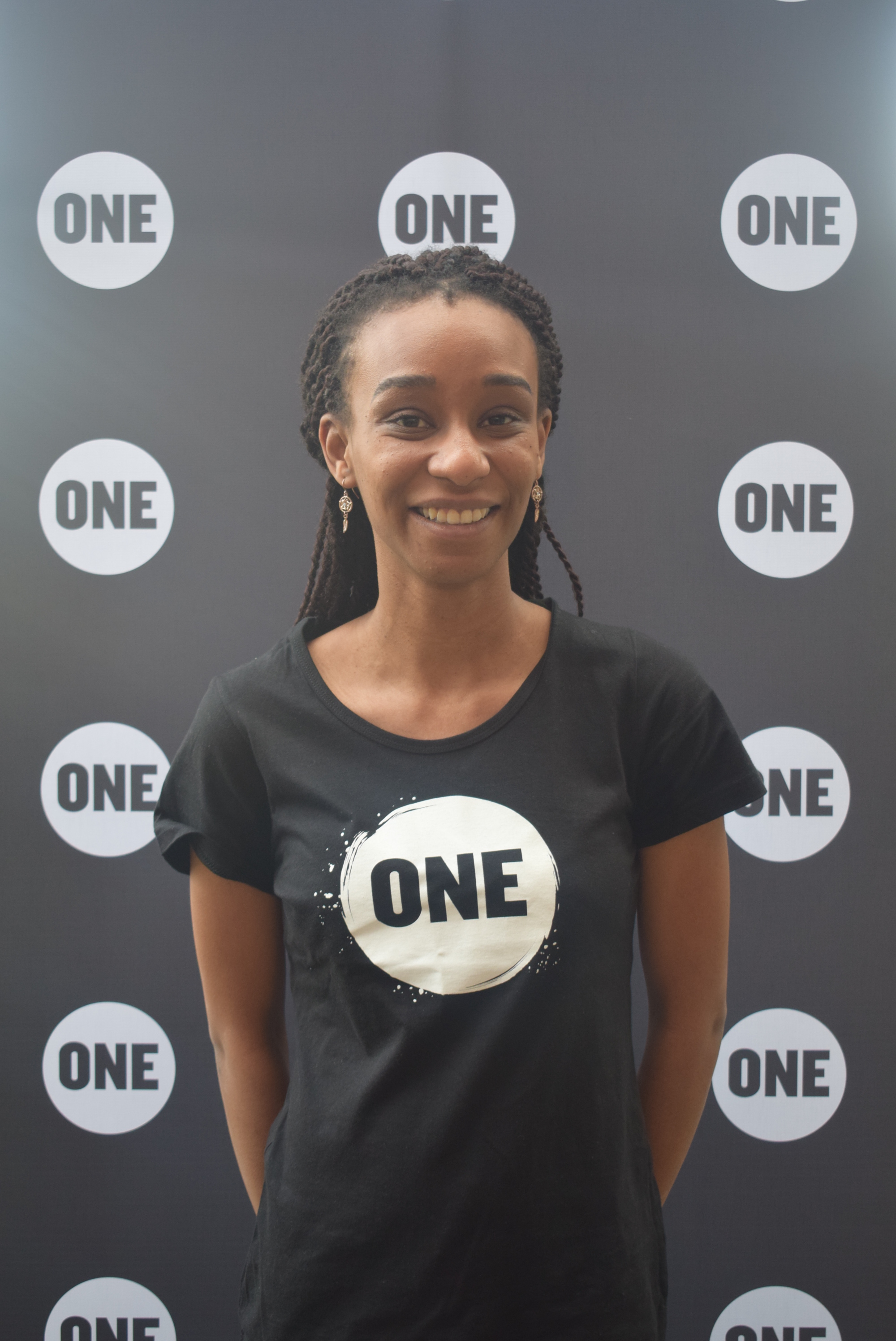 My name is Fadel Diop. I was born in The Gambia, but I am Senegalese, and my last degree was obtained in another African country, Cameroon. It has been 9 months since I became a ONE Champion.

My name is Malka. I’m French but originally from Chad. I moved to France when I was 7 years old. And this year was my first one as a Youth Ambassador with ONE.

My name is Melissa, I’m from Ottawa, Canada. I’m in my  third year of studies at the University of Ottawa.

Why or how did you get involved with ONE?

Fadel: I have been following ONE from afar for a long time. I got to know the organization through Bono’s reputation, but I became interested because I was seeing the action and impact of ONE in several large-scale initiatives that are transforming the lives of thousands of Africans.

I am thinking of the advocacy in Côte d’Ivoire for the Government to adopt good governance practices to alleviate public debt, ONE’s advocacy with the President of Nigeria for at least 1% of the national budget to be allocated to health, the Do Agric campaign for African governments to invest in agriculture and support farmers. When I came across an article that said that ONE was looking for volunteers in Senegal, I didn’t hesitate for a second. I had to apply. I wanted the opportunity to be part of the momentum of an organization that is making a positive difference in Africa.

Malka: I chose to get involved with ONE because, as I said, I am originally from Chad and I know I am lucky in my life but this isn’t the case for everyone. This is why when I heard about ONE and the Youth Ambassadors program, I did not need to think twice. I just seized the opportunity that was offered to me to speak out and join the fight against extreme poverty

Melissa: I got involved with ONE in September 2019. I first heard about ONE through a volunteer program through my school, where students would get matched with different not-for-profit organizations and volunteer with them. I chose to volunteer with ONE because of the mission: to end extreme poverty and preventable disease. It was a tangible goal to me and I wanted to participate in making it happen.

What’s been your proudest moment as a volunteer with ONE so far?

Fadel: To date, my proudest moment as ONE Champion has been my participation in the citizens debate on development issues in Senegal, organized at the Cheikh Anta Diop University by the ONE office in Dakar and the ONE Champions. It was a fruitful day of discussion on issues of importance to the country. There were a number of curious young people, many of whom later joined as ONE supporters. Personally, I was also able to collect a good number of signatures for the petition to denounce violence against women, addressed to the President of Senegal. It was stimulating to discuss gender equality issues with students.

Malka: Actually, I am shy. I don’t really like to speak to people I don’t know. So you can only imagine how scared I was to engage and talk with some of the candidates for the European elections! It might be trivial but I feel proud that I was able to manage one meeting by myself and convince four candidates to sign the pledge for the EU ONE Vote Campaign.

Melissa: Two instances come to mind for me. The first was when I helped with the campaign to get Canadians to send an email to the leaders debate commission, asking for the commission to include questions on foreign aid in the upcoming televised debates during our general elections.

The second for me was helping the ONE team in the Ottawa office mail out ‘I care’ postcards. This was a particularly cool moment for me because I got to see the amount of people who cared about ending extreme poverty and mail postcards on their behalf to the Prime Minister. 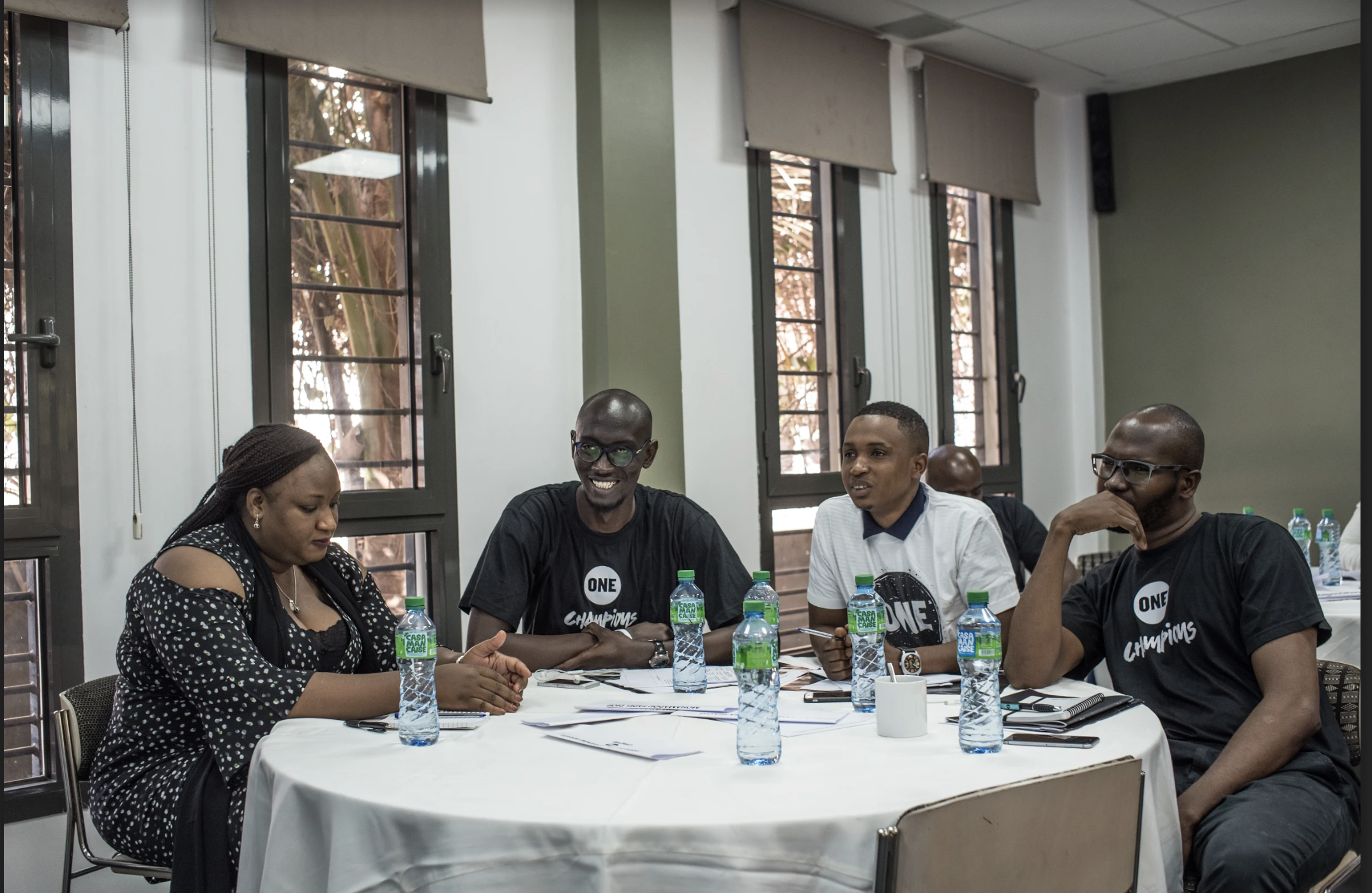 Fadel (second from the left), ONE Champion, Senegal

Who has been your biggest inspiration in your journey as a youth volunteer?

Fadel: As an activist, I am inspired by many historical, modern, political, intellectual and artistic figures who have a pan-Africanist and humanist philosophy. In general: Nelson and Winnie Mandela, Thomas Sankara, Leopold Sedar Senghor, Aimé Césaire, Chimamanda Ngozie Adiche, Burna Boy, Felwine Sarr and many others.

Also, the Nigeria ONE Champions whom I had the chance to meet not too long ago in Abuja are very inspiring to me. They have achieved great things in their country, and I would like to replicate those in my beloved country of Senegal.

Malka: My biggest inspiration would definitely be the people I was involved with during this journey. The staff, my fellow Youth Ambassadors and volunteers. The team was amazing, helpful, diverse and dynamic. I have great memories with them and I am really glad I got to be part of this group. I think we all did a good job joining forces and voices this year!

Melissa: My biggest inspiration has been William Wilberforce for his courage and determination to abolish the slave trade in the British Empire (it took 20 years!) and begin the process of overturning the societal norm and industry of slavery itself.

Want to get involved too? Join ONE and read the full series!