Disclaimer: This story contains accounts of gender-based violence. Each of the girls mentioned has agreed to share their stories in the hopes of inspiring others.

In Cape Town, South Africa, young girls are reclaiming their voices and their power. Their motto is “wathint’abafazi wathint’imbokodo,” which is isiXhosa for “you strike a woman, you strike a rock.” At The Justice Desk’s Mbokodo Club, young survivors of gender-based violence between the ages of 10 -and 19-years-old learn mental health, girl empowerment, leadership, and fitness, and self-defense. 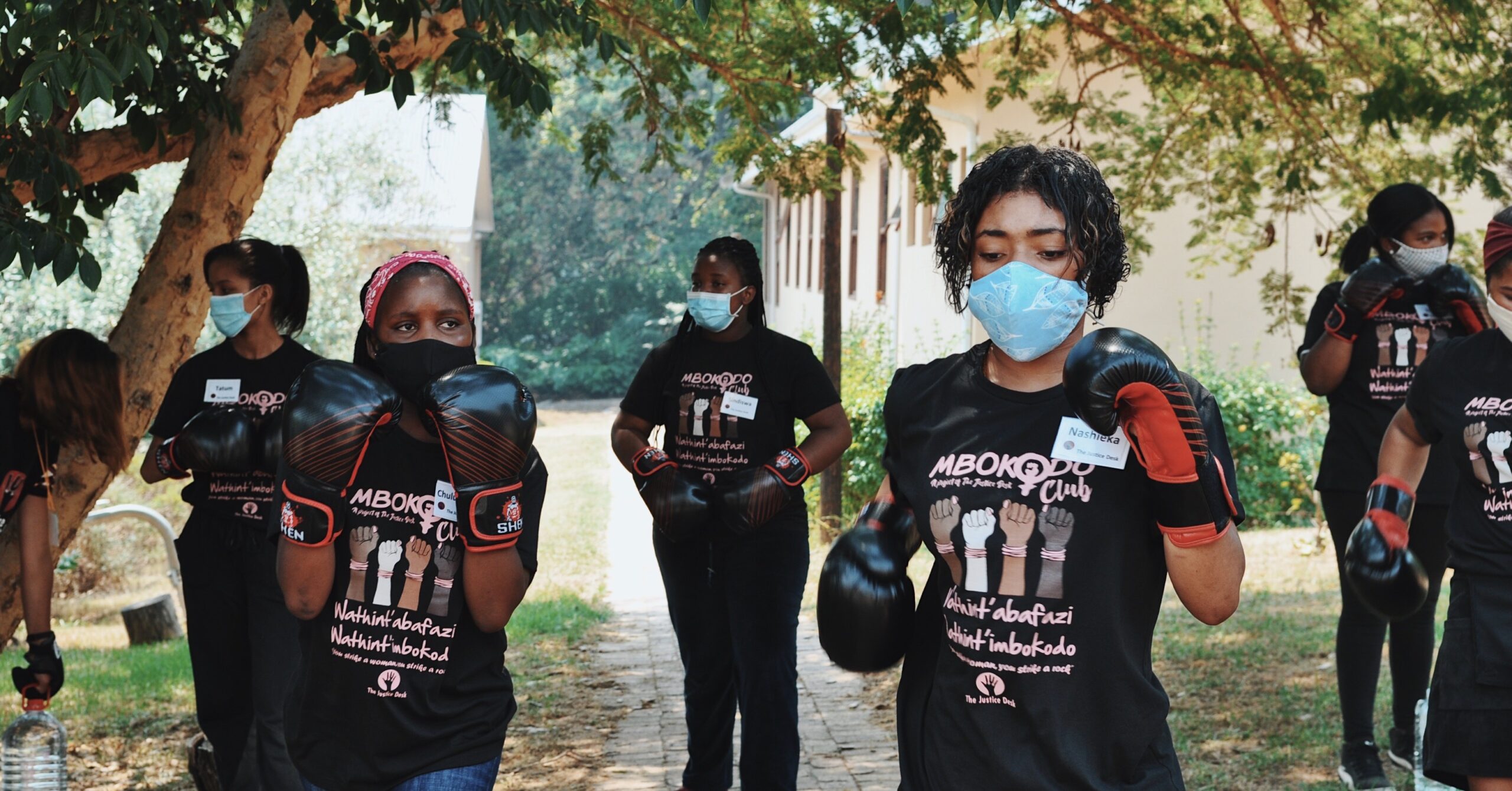 These girls are victors

“I don’t call myself a victim. I call myself a victor,” 18-year-old Azile said. Azile grew up in Nyanga, one of the country’s most dangerous places to be a girl. Her home has consistently been ranked the murder capital of South Africa, in a country where more than half of all girls will experience some form of gender-based violence at least once in their lives. At 6-years-old, she became a survivor of rape.

“I was even scared to go to school because although I know it’s not written [on the] outside that I was raped, I was scared to go outside,” Azile said. “If someone came to me, I would run away.” She struggled with undiagnosed post-traumatic stress disorder, nightmares, and flashbacks. “I only had one friend, Mihlali,” she said, who knew her story and encouraged her to come to The Mbokodo Club. 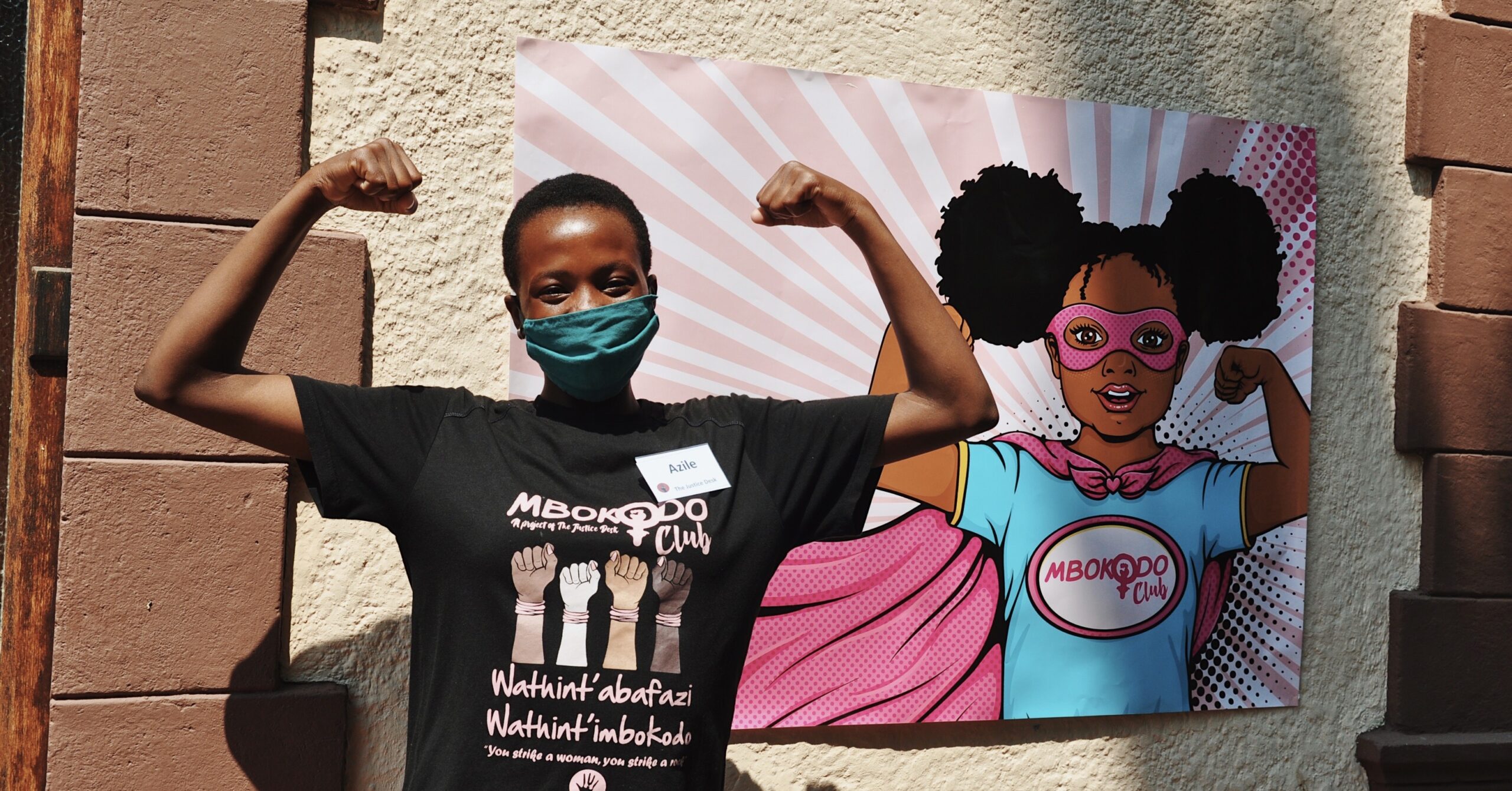 “My first year, I was so scared. I wasn’t even talking to others,” Azile said. “But I was empowered, and now I can stand up and tell people my story. I’m not scared, and I’m proud of myself.”

As a project of The Justice Desk, The Mbokodo Club is a hub for healing and empowerment for young girls who have survived gender-based violence. The club offers programs to help increase girl empowerment, support girls’ mental health, and provide self-defense lessons for survivors.

“It’s just so incredible to see,” Kayla Brittan, chief operating officer at The Justice Desk, said. “Because these young girls have come in, and the way they hold their bodies [changes] and the way they’re not wanting to make eye contact [changes], and if there was a male that walked into the space, they immediately looked tense and uncomfortable, and to see the growth [is incredible].”

Trauma is often overlooked, but to girls like Azile, healing from it is essential.

Azile attended one-on-one sessions with a psychologist and group sessions held by the Community Intervention Centre at The Mbokodo Club with the other girls to process her trauma. “I am a different person now,” she said. “I am so happy.”

Mihlali, Azile’s friend, first joined The Mbokdo Club three years ago, at 17-years-old. “Growing up in Nyanga, there are a lot of challenges, especially when you are a girl,” she said. “You are told to bow down to men. Men are seen as these great people that are above women, and for that reason, I was scared of men, scared of speaking, scared of just everything.”

“Even in class, even if I knew the answer, I was afraid to speak up,” Mihlali said. 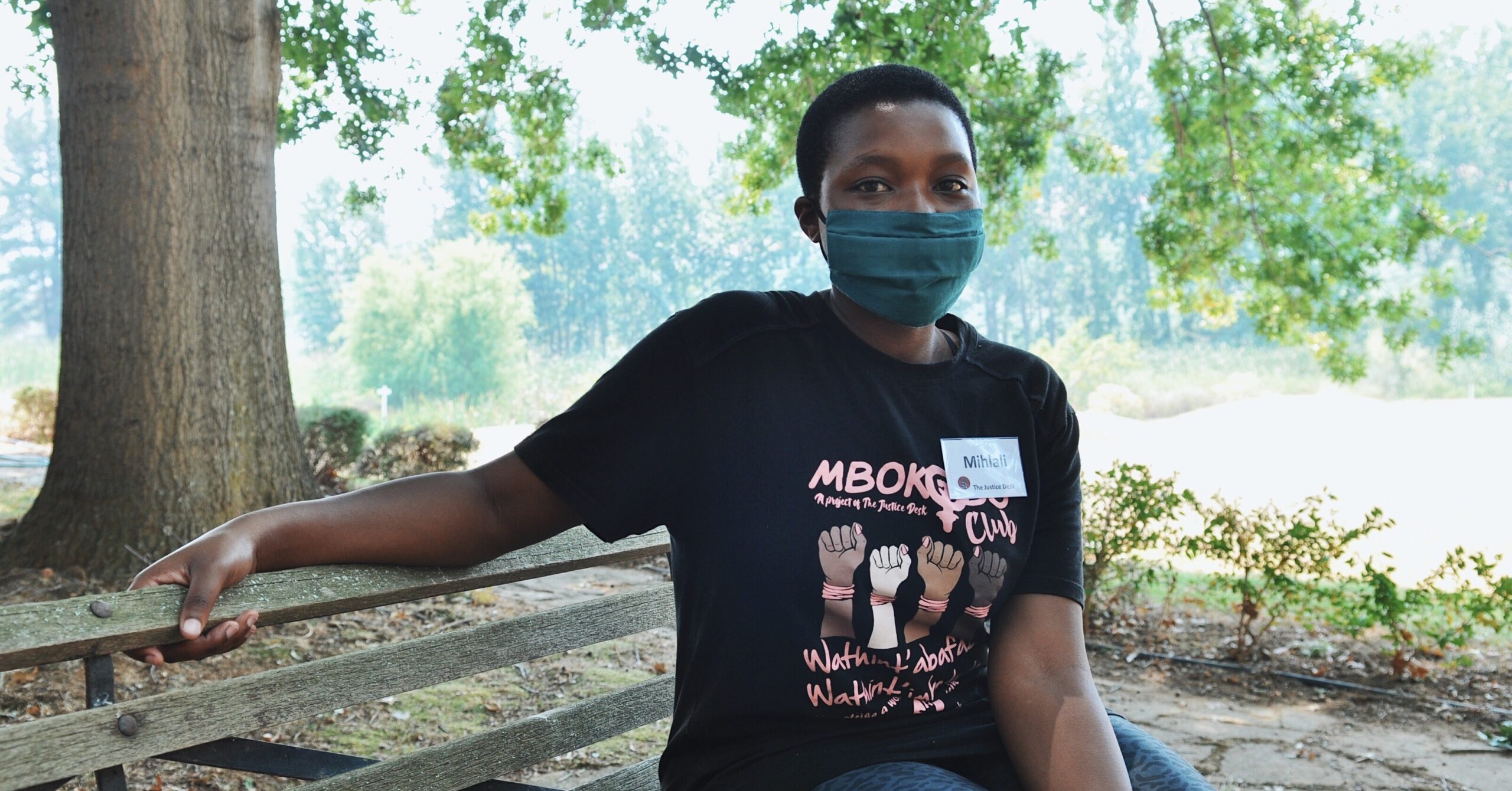 When girls first join The Mbokodo Club, they learn they have rights and that they can defend those rights, stand up for themselves, and raise their voices. They begin seeing themselves differently, and that gives them a sense of their own power. They reclaim their voices. They regain their power.

“They always empower us to become better women who believe in themselves,” Mihlali said. “They always tell us we’re strong, we’re powerful. It’s good to hear that someone sees in you things you don’t see in yourself.” The passionate volunteers at The Mbokodo Club encourage the girls and lift them up. Some of the volunteers are survivors themselves, and they train in self-defense in order to defend themselves and teach the girls. 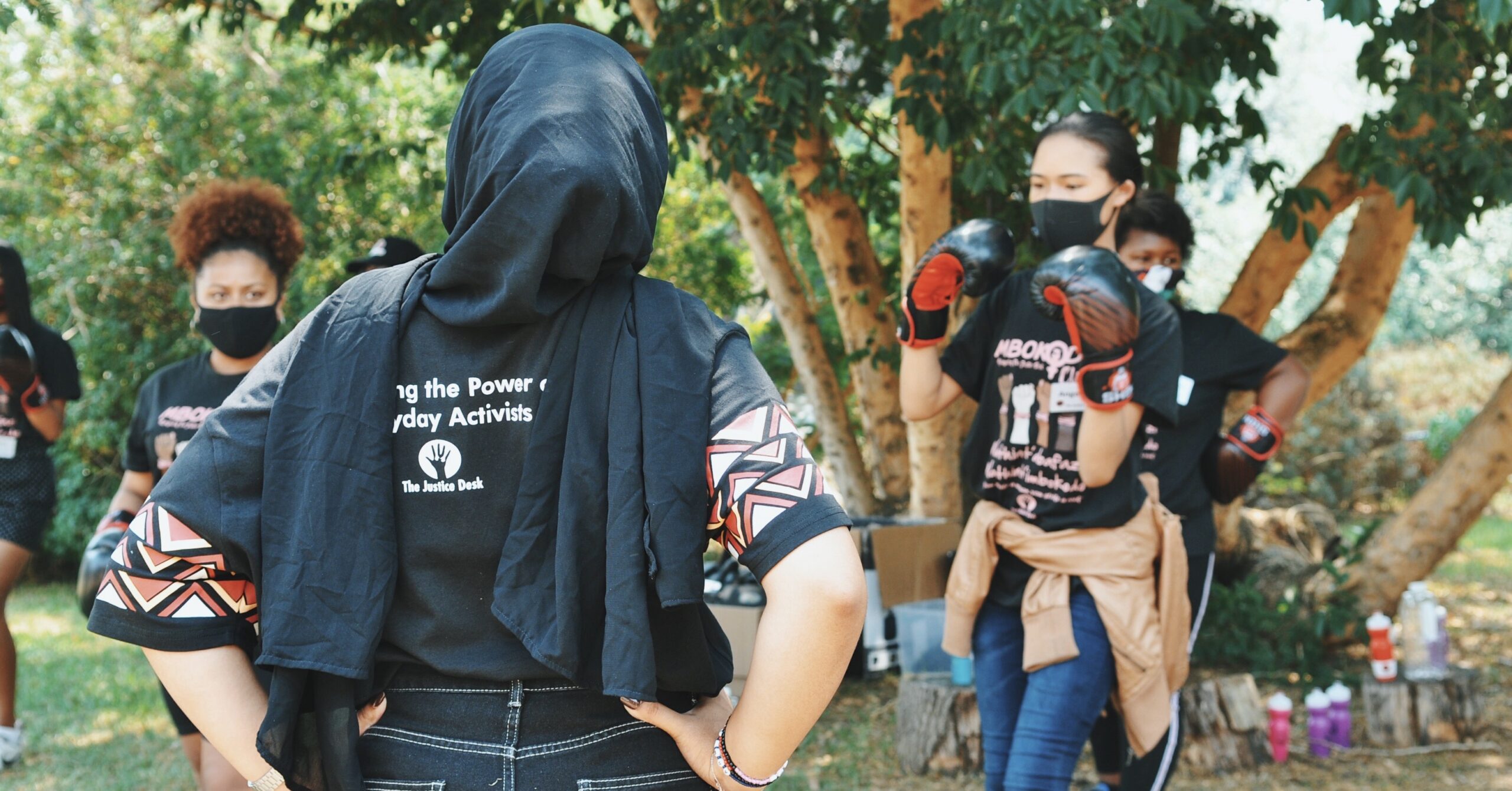 Not only is learning self-defense skills proven to reduce violence against adolescent girls, it also “builds [girls’] confidence and body positivity,” Brittan explains.

“Growing up in Nyanga, girls fear getting abused, getting sexually harassed, getting violated. That’s what growing up in Nyanga is like,” Mihlali said. “I used to be scared of men, but now I know that I’m strong and powerful, and I don’t need to be scared of men. Joining The Mbokodo Club taught me to never fear anything.” Listen to Azile and Mihlali share their full experiences with The Mbokodo Club. 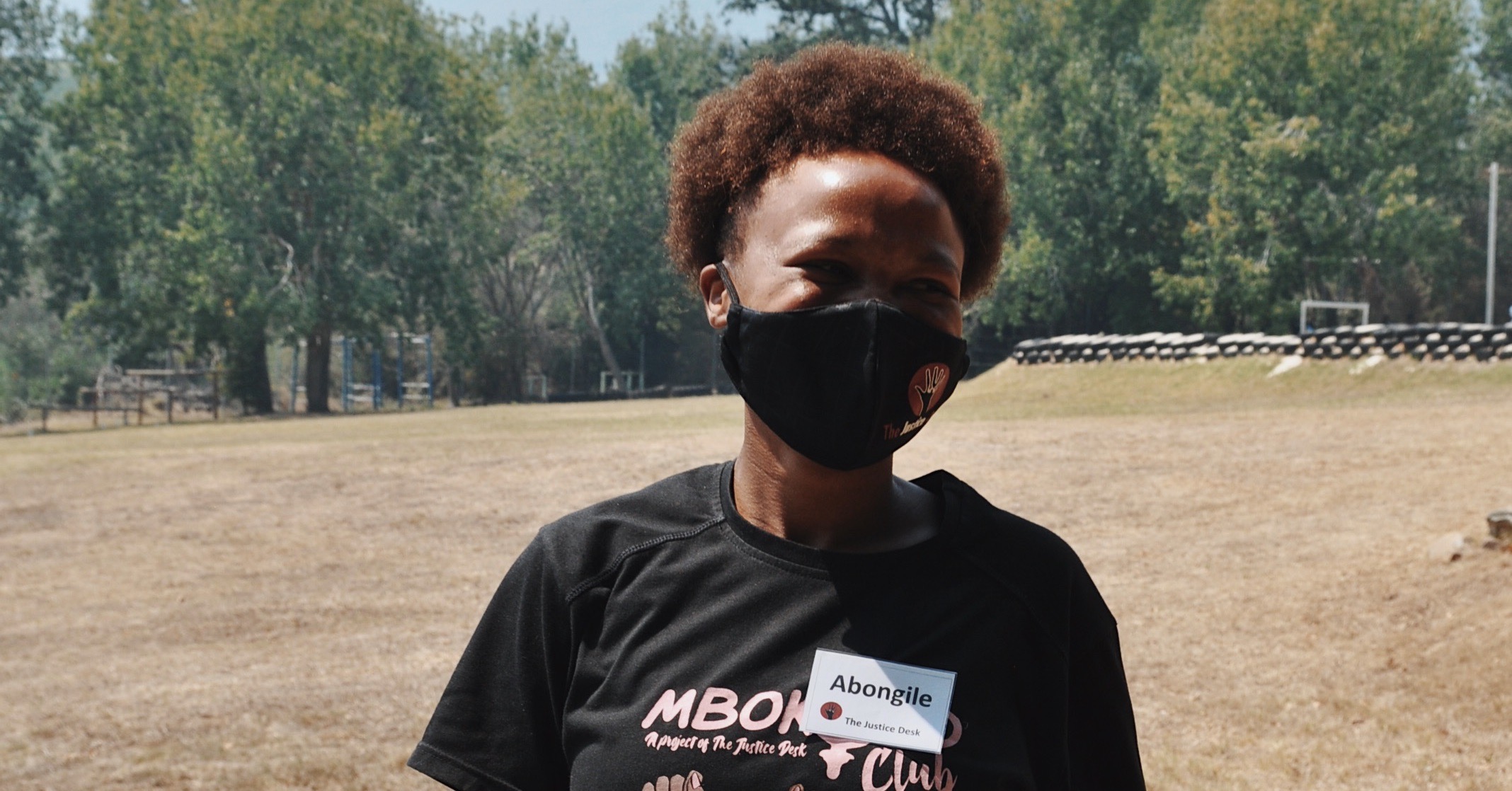 “They taught us about self-love and self-defense, and now I love myself,” 20-year-old Abongile from Gugulethu said. “I’m confident now. I can defend myself. I can stand up for myself.”

Using their voices to help others

“These girls are taught to be leaders, how to support each other, how to run projects and how to do advocacy work,” Jessica Dewhurst, founder and CEO of The Justice Desk, said. They’re building a sisterhood. 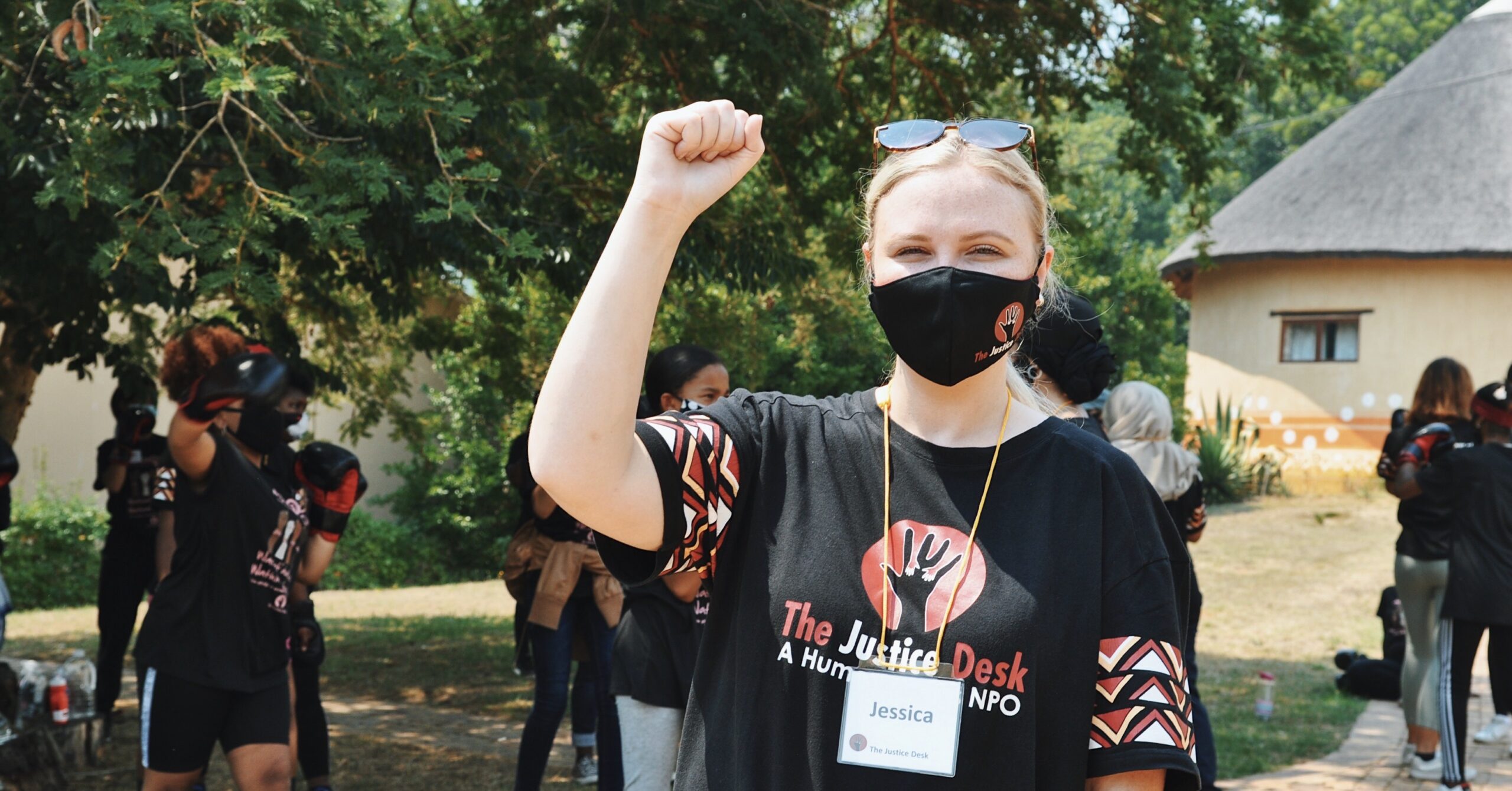 “Before The Mbokodo Club, I was shy, not talkative,” Abongile said. “[Now], I feel strong and powerful and beautiful.” The girls at The Mbokodo Club are empowered to share their stories with other girls to help them find the same healing they did.

“I want to keep inspiring people with what I learned here, with my story, everything,” Mihlali said. “I just want to be an inspiration to young girls.” Her dream is to continue raising her voice and encouraging others to raise their voices too. These girls are not afraid to share their stories, to be courageous, and in taking a stand, they’re already doing so.

Last year, Azile started “Girls Can Wear Anything They Want to Wear” and her own Mbokodo Club for girls in grades 8 to 10 at her school, where she shares her story to other girls.

At The Mbokodo Club, girls are taught to use their voices and speak up in leadership positions. Together, they’re changing the narrative in their communities around rape culture and the unequal treatment of girls, and learning to stand up and speak out against gender-based violence.

“They’re going back into their community and bringing more girls into the program. They’re supporting each other, but they’re really changing the narrative . . . and really holding the community and everyone in it accountable,” Jessica said. 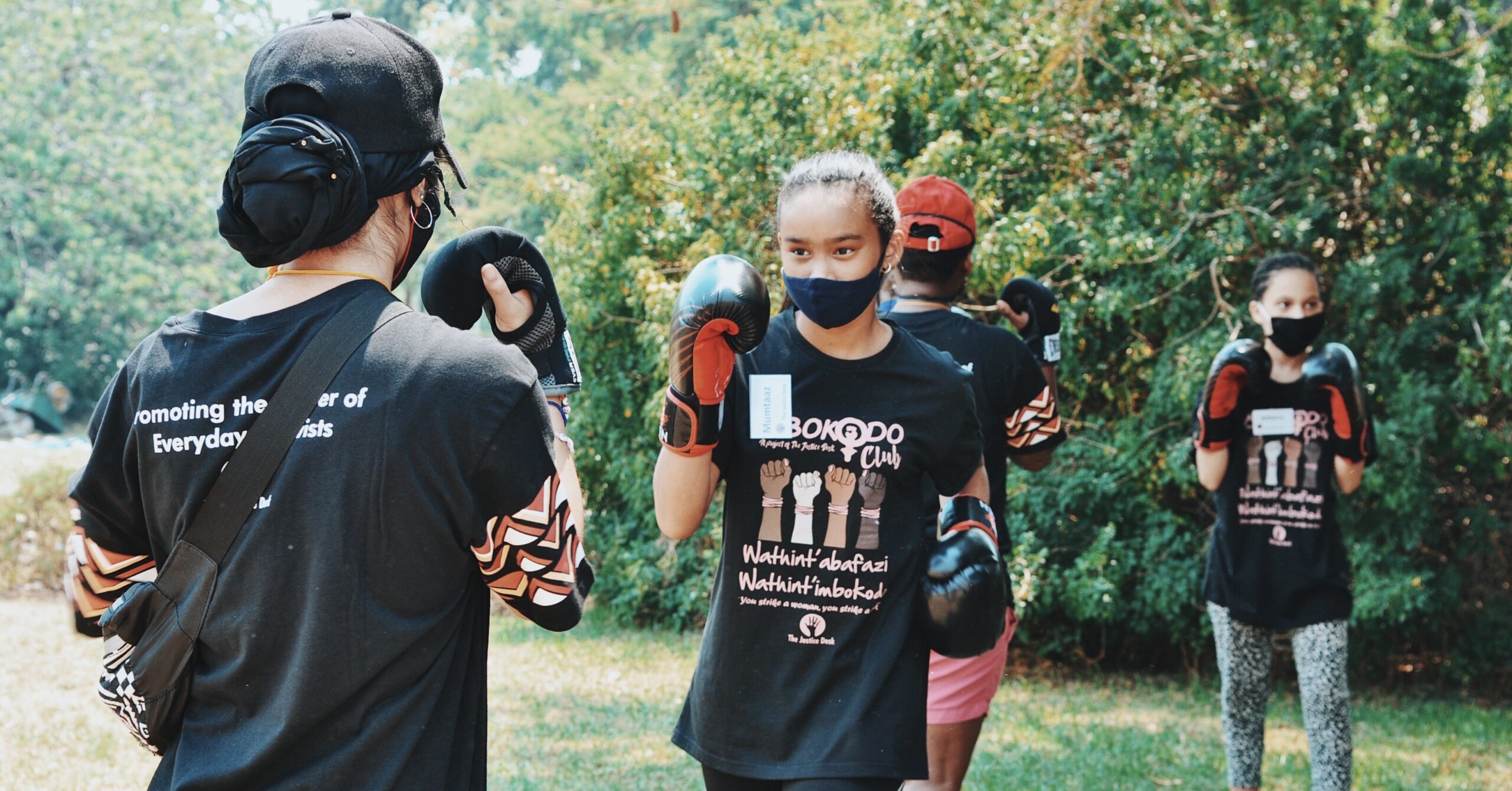 Beyond using their voices, all of the girls at The Mbokodo Club share a conviction in the importance of teaching self-defense. They’re determined not to leave any girl behind in the fight against gender-based violence in South Africa. Abongile has already taught her mom self-defense, and Mihlali brings together little girls still growing up in Nyanga to encourage and uplift them. Mihlali teaches them self-defense, empowerment, and mental health support. “She is becoming a real role model in her community and shares what she learns,” Brittan said.

“I talk to them, tell them to never let anyone bring them down because they’re stronger than that,” Mihlali said. She tells them to fight against discouragement and believe in themselves and their dreams.

“I love telling people my story,” Azile said. “I want them to know that even if I know that [experience] didn’t happen to you, I just want you to feel [what it was like], and whenever you see someone who has gone through my pain, you can tell that person that ‘you don’t have to feel this way because Azile doesn’t feel this way.’” Azile’s voice resonates with power, boldness, and courage. She wants to be a social worker. 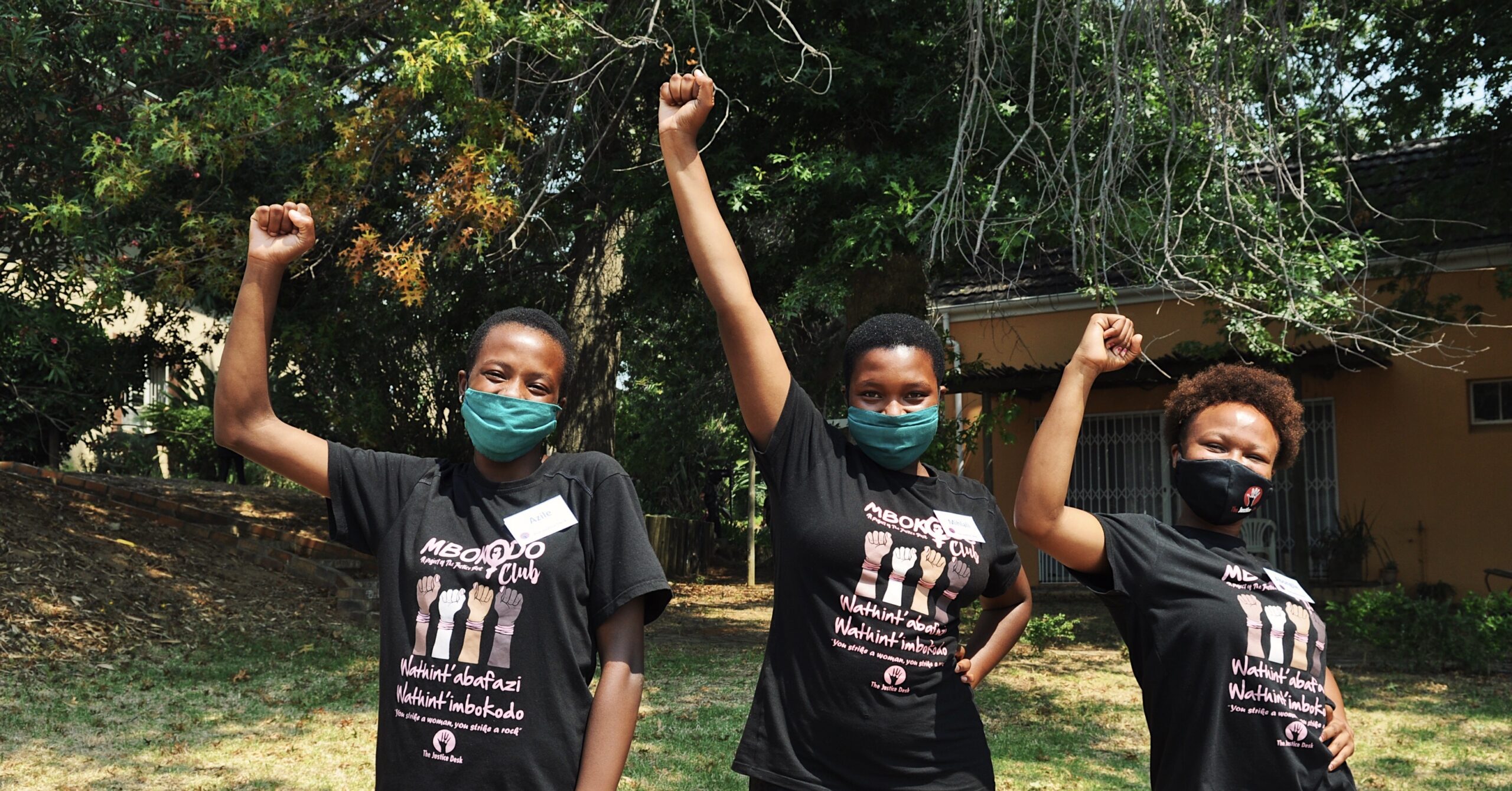 The future for Azile, Mihlali, and Abongile will be bright. In 2022, they and other “Level 3’s” — girls who have spent three years in the program — will become mentors to younger girls at The Mbokodo Club and pass on the tools they’ve learned.

“Our level 3’s are active changemakers who are breaking down barriers, empowering other young people and challenging GBV,” Brittan explained.

When asked what “wathint’abafazi wathint’imbokodo (you strike a woman, you strike a rock),” means to her, Azile said, “It means that women are strong, and we are powerful. If someone brings us down, we stand up.”