There is immense power when people come together, and our ONE Youth Ambassador program brings people together to advocate for action on pressing global issues. Our YAs are presented with many opportunities to enact change and further their activism, which enables them to grow both professionally and personally.

Marina Mestres Segarra, a YA program alumna from the UK, is reflecting on just that. Here’s a look back on her time with ONE.

Why did you become a Youth Ambassador?

“You can’t fix the world” and “humanity is cruel” are two phrases that I’ve heard too often throughout my life: be it when studying international relations or telling people I wanted to work in the development sector. What my experience in life has shown me is that humans are actually inherently good, but we tend to focus on the minority who aren’t. That’s why I applied to become a ONE Youth Ambassador following my year abroad at university. 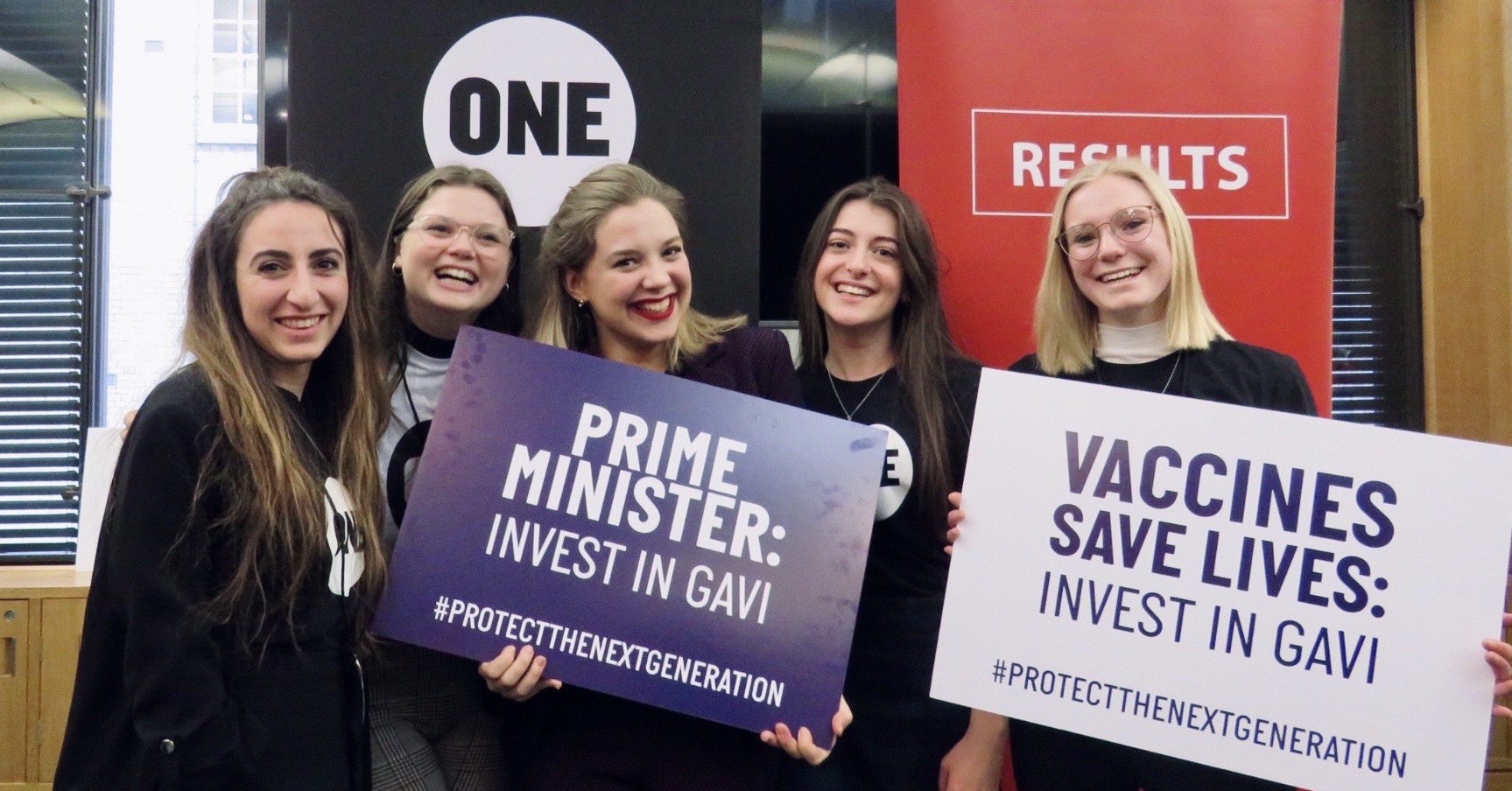 During those 14 months abroad, I got to assess what it is that matters most to me in life. I got to meet diplomats face-to-face, work with Habitat for Humanity in China, and take a human rights course withSciencesPo. Most notably and unfortunately, I got let go by my company in Argentina for defending abortion rights at an International Women’s Day March. This was an eye-opening experience; I never felt so passionately about something until I was told I couldn’t defend it. I decided to apply to be a Youth Ambassador at the ONE Campaign because I wanted to actively fight for equal opportunity and resources rather than sit on the sidelines any longer.

When I first arrived at ONE’s London office for the program introduction e and our first lobby, I didn’t know what to expect. I had traveled five hours by train from Durham and was waiting to meet my fellow ambassadors, who would soon become the most inspirational and determined people in my life. Many presentations, debates, and coffee breaks later, we had all become aware of the fact we shared the same goal: to eradicate poverty. 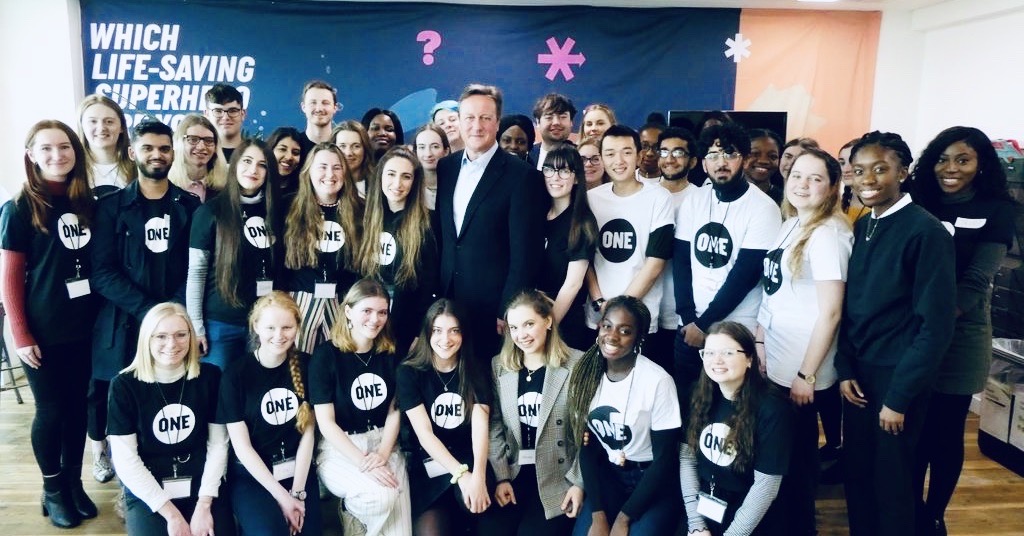 Throughout my time at ONE, I’ve been able to fight for two very important campaigns, among others: Gavi, the Vaccine Alliance campaign, and Drop the Debt. The highlight of my time has been the chance to engage with MPs face-to-face in Parliament, and speak to them about issues of vital importance on a global scale. While daunting at first, lobbying has provided me with both the ability and courage to voice my opinions confidently, eloquently, and accurately to stakeholders. This is a skill that I know will be vital for the career path I have chosen.

One of the best parts of being an ambassador is the support you get from your new friends, who don’t hesitate to give you a hand when facing a reluctant MP! While the pandemic has put in-person meetings on hold, I had the fantastic opportunity of meeting my Edinburgh MP through video chat. I explained to him why it was vital that the prime minister vote to drop developing countries’ debt to the World Bank and IMF. Not only did my MP write to the HM Treasury on my behalf, but we got a written response, and he’s continued to support ONE’s campaigns ever since.

What did you learn during your time as a YA?

If I had to summarise it in a few words, I’ve been provided with the certainty that fighting for what is right is what I want to dedicate the rest of my life to. While the statement might come across as overly idealistic, my year as an ambassador showed me that it is possible to have a career in humanity, kindness, and ambition if you put your heart (and a bit of your brain) into it. Using my privilege to help others and help them access the opportunities they deserve is an endeavor that all of us Youth Ambassadors share. 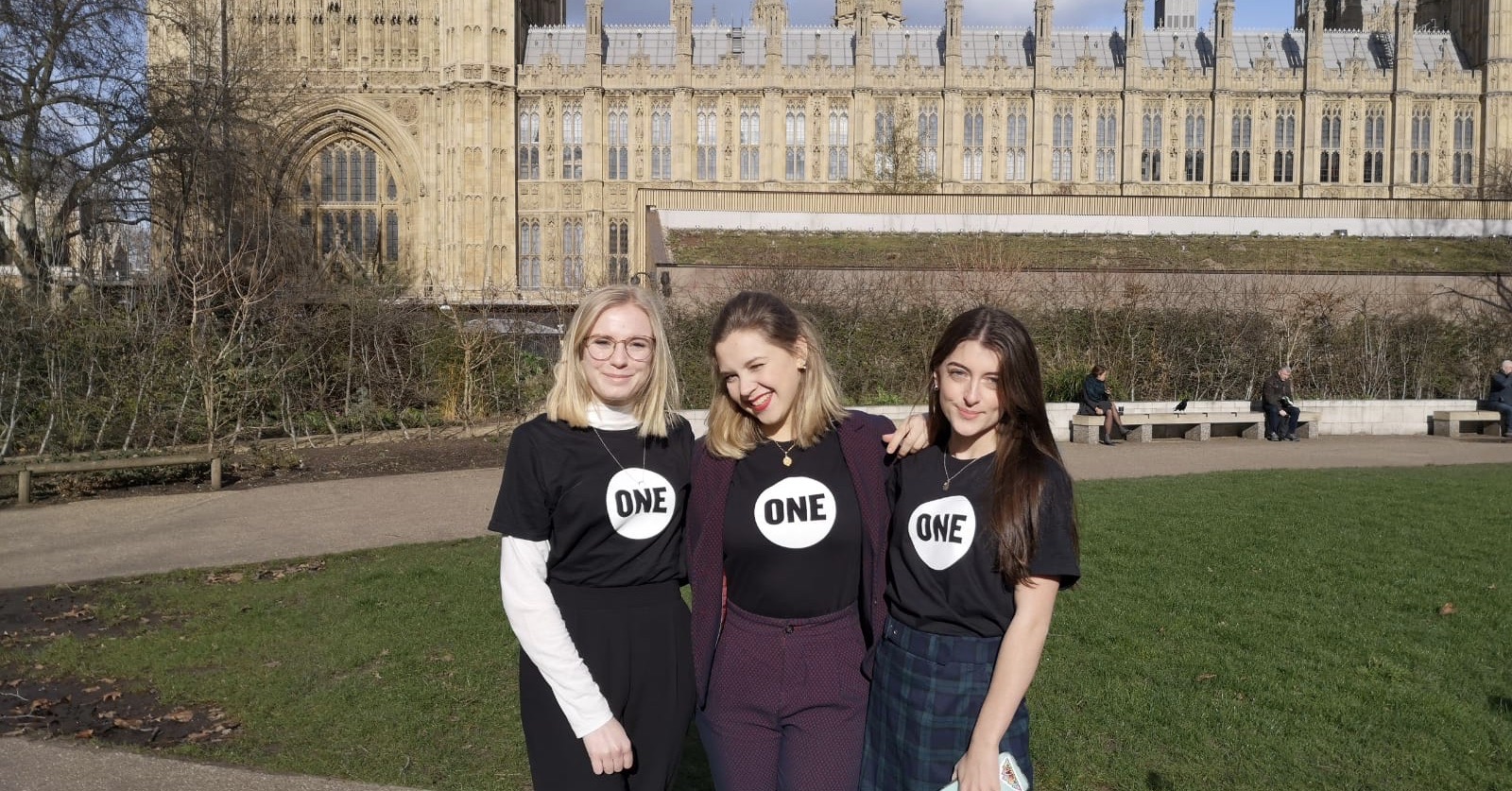 What are you doing next?

Since I left as an ambassador, I have become a researcher for the global health student think tank, Polygeia. I research the effects of COVID-19 on access to post-abortion care in Brazil’s marginalized populations. I have also conducted first-hand research on street sexual harassment with an Indian organization to complete my master’s in international development at The University of Edinburgh. Finally, I had the privilege to write policy briefs on violence against women alongside some incredible women at Women for Women International. I hope to embark on a career in diplomacy and international development to continue the work I started as a ONE Youth Ambassador.

Looking back at my time at ONE, I know it was one of the best decisions I have ever taken, and this experience has likely marked all of my fights and successes ever since. If it wasn’t for ONE, I probably wouldn’t be where I am today — so if you are still hesitating on whether to apply, do it!

Learn more about our Global Activists program and find out more about the work ONE does below.