“I really didn’t know if I would make it.”

The region where Margaret is from in Kenya is a difficult place to be a young woman. In a community where many families live on less than $1 a day, transactional sex is common — more than 50 percent of sexually active adolescents in the region report having transactional sex in order to pay for basic needs. And this happens in an area where as many as 1 in 3 people are HIV positive. The reality, for many girls, is that they risk their health to stay in school. These barriers, among others, are the reasons why, before Margaret’s WISER class, no girl from a school in Muhuru Bay had ever reached college.

Margaret faced similar challenges. She lost two siblings and her mother to disease. With little money, and no precedent of any girl being successful in school, Margaret’s education could have been over.

That is, until Margaret became a WISER Girl. 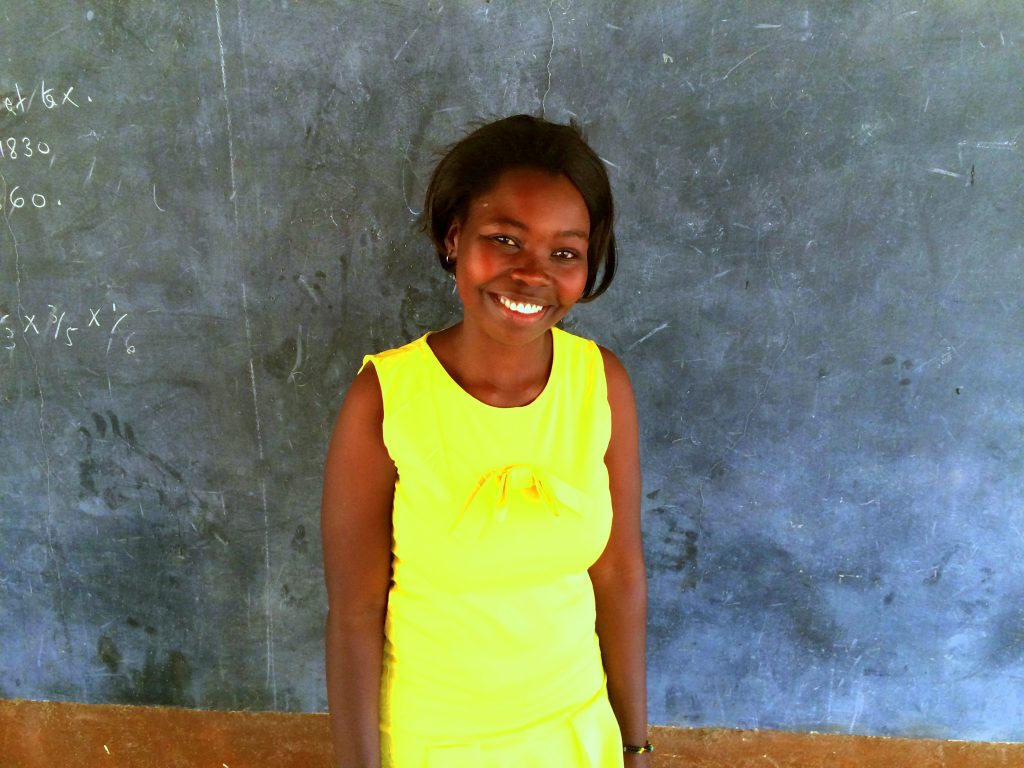 Today, Margaret sits in an office at the WISER school in Muhuru Bay and smiles. For her, the campus symbolises something that was once impossible, and is now the reason she feels more confident than ever that her story will have a happy ending.

“I know now that you can help others regardless of the challenges you face,” she says.

For six years, WISER, a Kenya-based NGO, has provided education, health, and leadership opportunities to girls in Western Kenya. As a school, WISER provides a fully-funded residential secondary education with dedicated teachers. As a community centre, it provides health fairs, agricultural education, and clean water to more than 5,000 people.

Across all of WISER’s efforts, from education to clean water, we are proud to champion girls and comprehensively address 11 of the 17 UN Global Goals in one program.

In 2013, Margaret was a part of the first WISER graduating class, and quickly became an ambassador for WISER’s most powerful belief: empowering girls through education and health builds not only individuals, but entire regions.

As Margaret puts it, “WISER has given me everything. But more than giving me items, they made me a valued person that feels prepared to face any challenge.”

While at WISER, Margaret found a passion for community health, and immediately looked to improve the health of her hometown. “I realised I wanted to deal with the health of people…to help those around me, and I knew others might not have the courage to handle patients in such a difficult situation. I’m able to handle it.”

The most exciting thing about Margaret’s story is that it is becoming more and more common for other young women.

In the past three years, 72 WISER Girls have begun post-secondary education and become role models in their communities. And almost all of them have the same goal of raising their communities up.

Muhuru Bay now has a large group of driven, developing professionals that not only have a hunger for success, but a deep-seated sense of responsibility to their hometown. In the five years following the program, WISER Girls will become more than symbols of hope for young girls. They will become the nurses, agricultural economists, bankers, and teachers that have an active role in the development of their communities. They will address the poverty, hunger, gender inequity, and other targets that have been highlighted by the UN to build a better world.

Years ago, girls in Muhuru Bay were readily left by the wayside. There are millions of girls like Margaret all over the world. And in helping them change their lives, we can change the course of the future.

Learn more about WISER here, then take a stand for girls and women by adding your name to the Poverty is Sexist open letter.