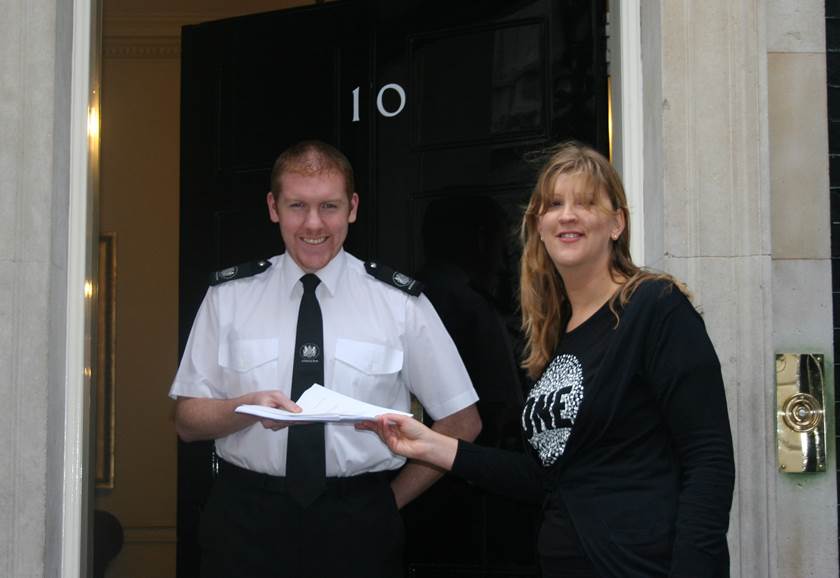 Jen Crago has been a ONE member since our launch in the UK, and reflects on her journey fighting to end extreme poverty.

“Sometimes it falls upon a generation to be great. You can be that great generation.” – Mandela, Trafalgar Square 3rd February 2005

On that cloudy grey day when I heard Nelson Mandela speak in Trafalgar Square I couldn’t imagine the role that I would play. Embracing the idea that together we should ‘Make Poverty History’ wasn’t difficult. It was the idea that my voice would be of any value to anyone that was difficult to comprehend. But on that day in central London came an invitation to be part of a ‘great generation’ and I have never looked back.

Supporting ONE has been extraordinary. Being asked to use my voice to mobilise the general public in the fight against extreme poverty, a visit to Number 10 Downing Street, conversations with some of Britain’s leading politicians; asking that they fulfil the promises made, and of course working alongside so many brilliant ONE employees, and the ever growing number of ONE members, has been inspiring. Together we have seen real change; fewer dying every day from hunger or lack of access to health care; more children, including girls, in education; more people on anti-retroviral drugs. Here’s a summary at some of those amazing achievements.

I commend ONE’s Do Agric, It Pays campaign in Africa calling on leaders to fulfil their commitment to invest 10% of national budgets in agriculture and support smallholder farmers, especially women. A truly ‘grassroots’ campaign, with over 600,000 African citizens who have already signed, and one that will drive economic growth, build food security and create jobs where they are needed. Engaging a new generation, another great generation.

Thanks ONE. It has been a remarkable ten years as we have witnessed so much achievement of the Millennium Development Goals (MDG) already. As we head towards the Post 2015 goals, we know that there is still a lot of unfinished business.

But we’re ready. We just need your voice too. Join ONE.