Lusitana, a 5-month-old baby from Malawi, has become the first person in the world to receive the new malaria vaccine as part of her routine immunisations!

Malaria is a tropical disease transmitted through the bite of an infected mosquito. Nearly half of the world’s population is at risk of malaria, so a simple mosquito bite can have deadly consequences for millions of people around the world. 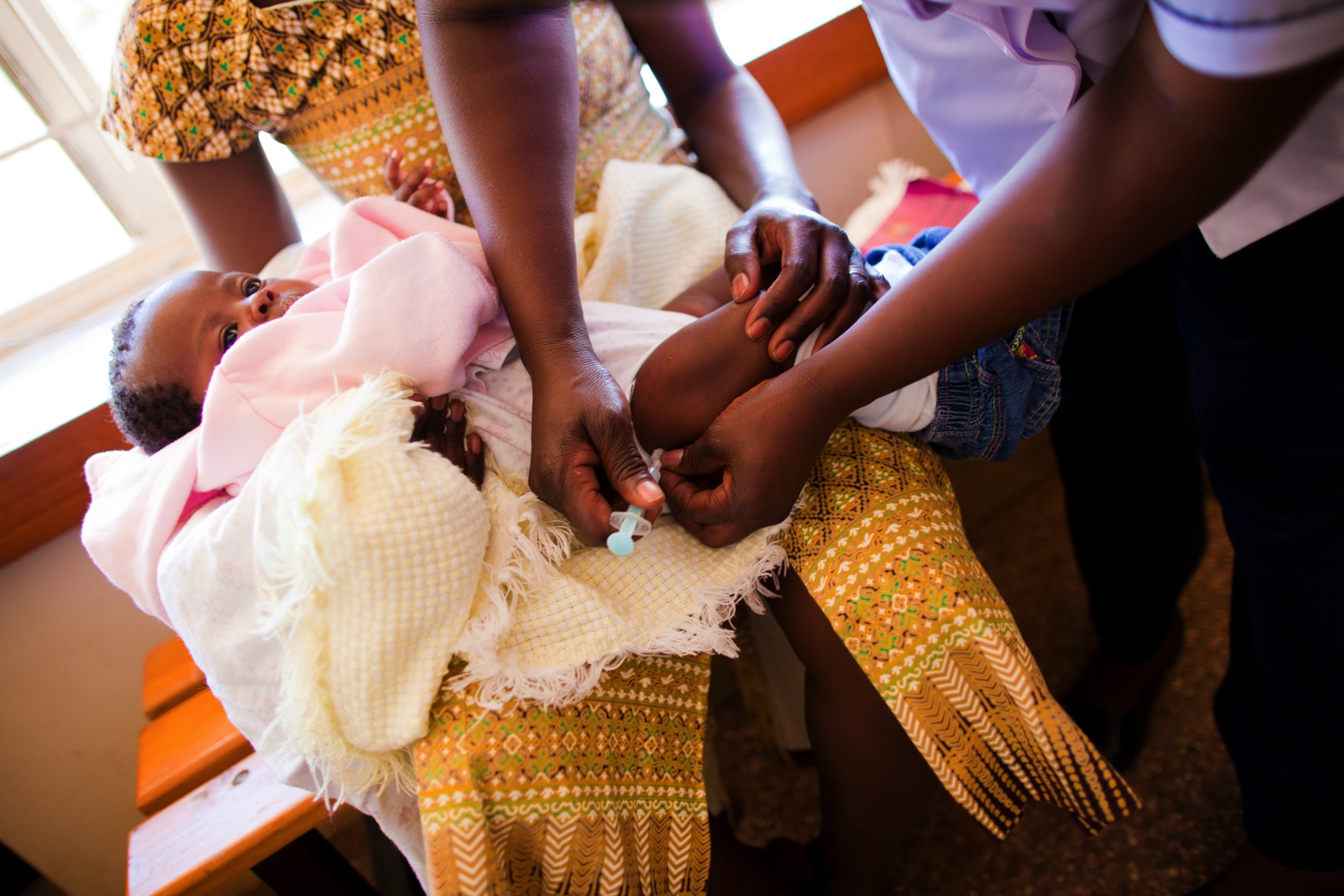 Thirty years in the making, this malaria vaccine prevents 4 in 10 malaria cases and can be given to children up to 2 years of age. The start of the vaccination program in Malawi is a major step forward in improving child health and saving lives from a disease that currently kills a child every 2 minutes. The vaccine will be rolled out in Ghana and Kenya in the coming weeks.

Dr. Matshidiso Moeti, WHO Regional Director for Africa, explains, “Malaria is a constant threat in the African communities where this vaccine will be given. The poorest children suffer the most and are at highest risk of death. We know the power of vaccines to prevent killer diseases and reach children, including those who may not have immediate access to the doctors, nurses and health facilities they need to save them when severe illness comes.”

Malaria is still a crisis

While this is a major milestone in the fight against malaria, there is still a long way to go to eliminate malaria for good.

Global malaria death rates have dropped 60% since 2000, but today malaria is back on the rise. The 10 highest burden African countries saw 3.5 million more malaria cases in 2017 than the year before. In total, there were over 200 million cases of malaria last year and the preventable disease killed almost half a million people. Children under the age of 5 accounted for two-thirds of all malaria deaths.

Control measures such as insecticide sprays, insecticide-treated bed nets and antimalarial drugs have successfully reduced malaria cases and deaths. But resistance to medicines and insecticide and drug resistance is a growing threat as these interventions continue to be scaled up.

That’s why this pilot program is so exciting and should be seen as a model for public-private partnership for health. It was born through a collaborative effort amongst the World Health Organization, the countries’ health ministries, the vaccine developer, and other partners. It was financed through a remarkable level of collaboration and coordination amongst Gavi, the Vaccine Alliance, the Global Fund to Fight AIDS, Tuberculosis and Malaria, and Unitaid.

How you can help

The Global Fund provides nearly 60% of all international financing for malaria, and has invested in malaria control programs in more than 100 countries.

In October, the Global Fund will host their Sixth Replenishment. They’re asking world leaders and private investors to come together and help save 16 million lives between 2021 and 2023 by meeting their replenishment goal of US$14 billion. This investment is the bold ambition the world needs to get us on track to stop the spread of these diseases.

To continue funding lifesaving programs like this one, we need world leaders to #StepUpTheFight by fully financing the Global Fund.