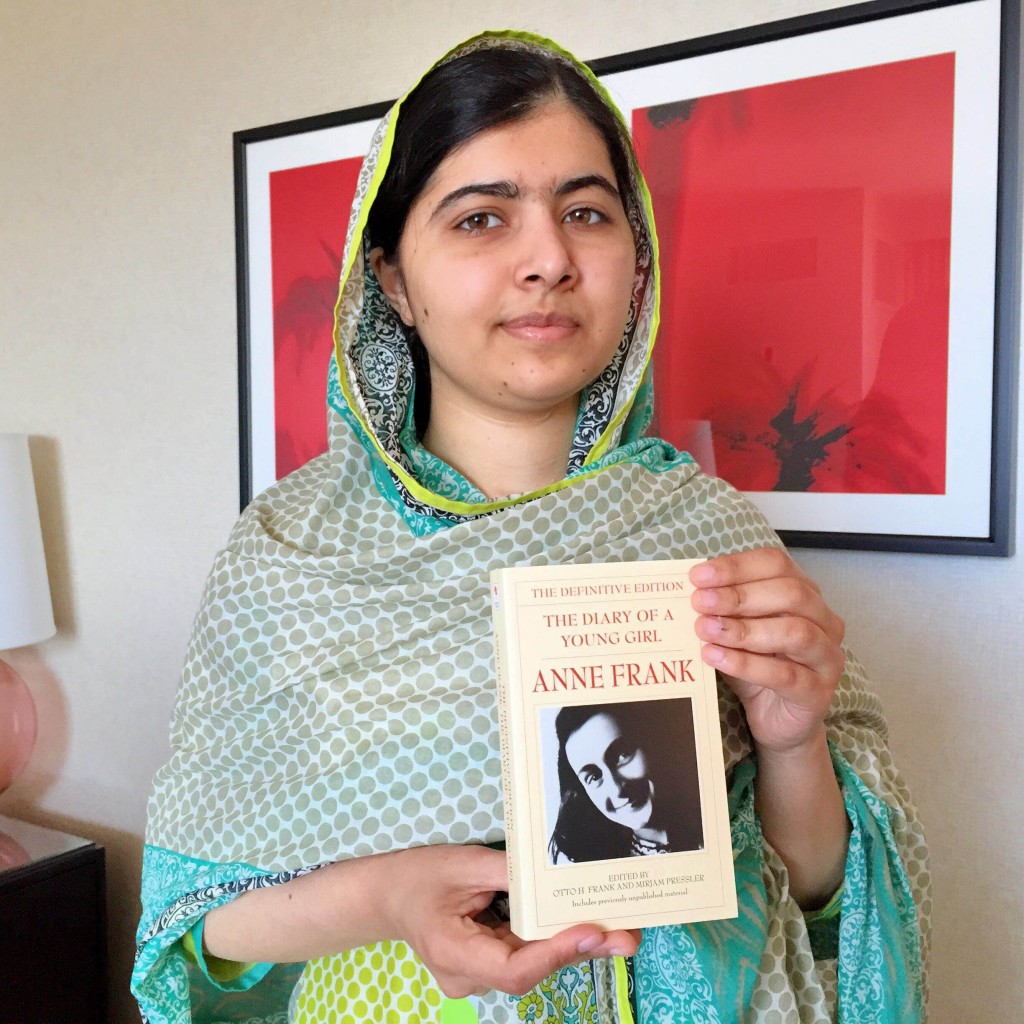 Malala with her favourite book – The Diary of Anne Frank – for the #BooksNotBullets campaign. Photo: malalafund.org

Malala turns 18 on 12th July and she is done with wishes.

Instead of birthday cake, balloons, gifts or parties, Malala wants action. She wants you to support the cause she almost died fighting for: access to education for everyone.

The shocking truth is that world leaders have the money to fund primary AND secondary education for every child around the world – but they are choosing to spend it on other things, like their military budgets.

In fact, if the whole world stopped spending money on the military for just 8 days, we could have the $39 billion still needed to provide 12 years of free, quality education to every child on the planet.

If you believe education is a better investment for our future, join the #BooksNotBullets campaign.

Post a photo of yourself holding up your favourite book and share why YOU choose #BooksNotBullets – and why world leaders should, too.

Malala talks about her book choice:

I chose ‘The Diary of Anne Frank’ because the book reveals the courage and strength of a young girl living under war and conflict. It inspires me to believe that every child deserves the right to dream, the right to learn and the right to live in peace.

I urge world leaders to prioritise education because education is the only way through which we can defeat terrorism, fight against poverty and bring peace and prosperity. The money that is spent on just a few guns, if given to a child’s education, can change that child’s life.

We cannot stop terrorism just by killing the terrorists and people. We need to fight against the ideology of terrorism and extremism, and that can be done successfully only through education. If a child, suffering from poverty and difficulties, is not given a book, he will pick up a gun.

I call on my sisters and brothers all around the world to join me in this mission – #booksnotbullets. 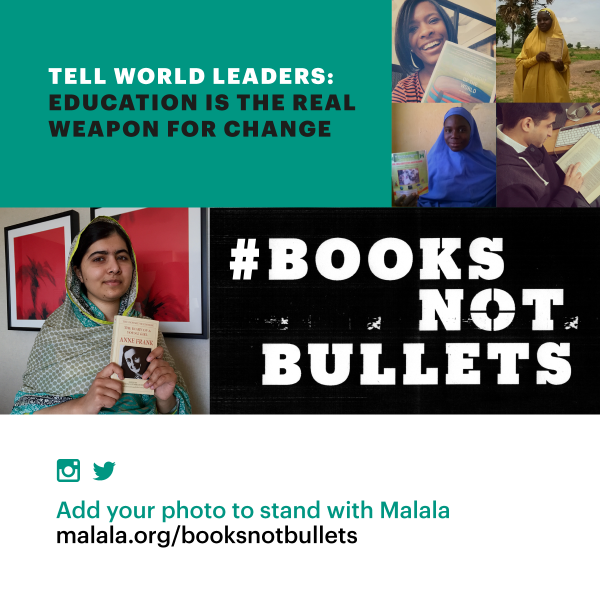 Just a few months ago leaders from more than 100 countries agreed to the Incheon Declaration in Korea, committing to provide free primary and secondary education to all children by 2030. This is a hugely positive step, but we have to ask: how serious are we at turning this promise into a reality, and what will it take?

We need action. Help us hold these leaders accountable by posting your own #BooksNotBullets photo.

See what other people are posting and add your photo now at malalafund.org!