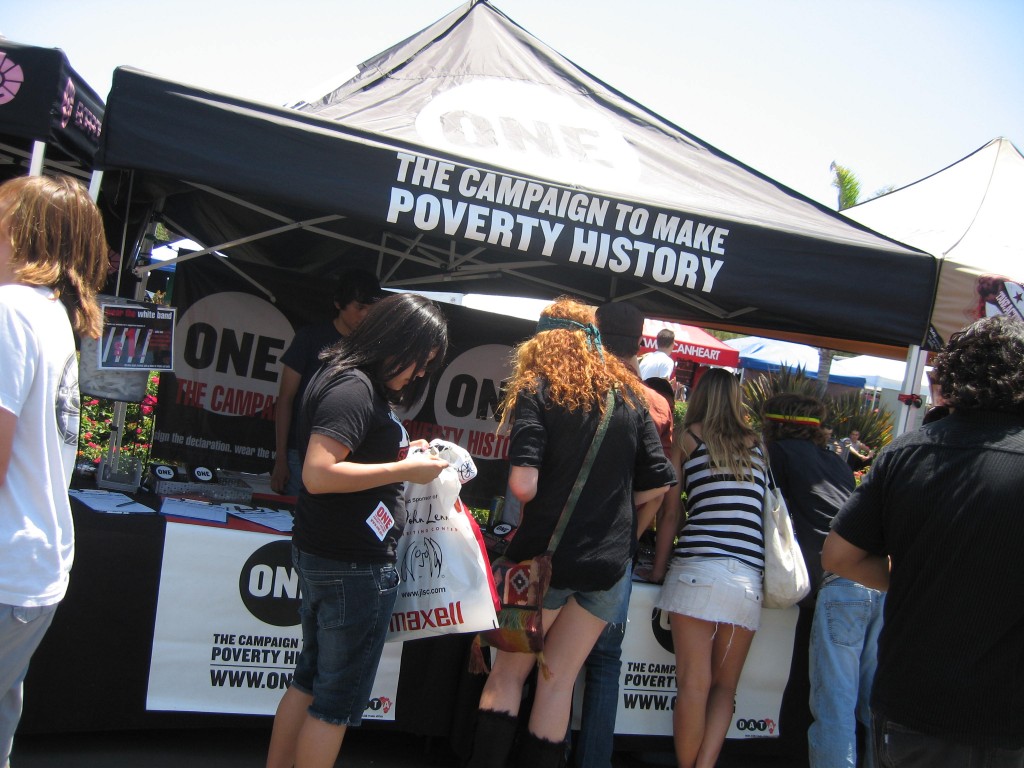 It is hard to believe that, when world leaders met at Gleneagles 10 years ago on Monday, nobody on the planet had an iPhone, YouTube was preparing to open its first office above a Silicon Valley pizza house, and tweeting was confined to birds. But looking back on that day, when the Make Poverty History campaign reached its climax at the G8 summit, it is clear the world has changed in many more ways.

On 6 July 2005 I was in Edinburgh, preparing to head to Gleneagles to make our case. Days earlier, we had mobilised half a million people at the huge Edinburgh Make Poverty History rally – the largest in Scottish history – and at the Live 8 concerts in London and around the world. Seven million white campaign wristbands had been worn in the UK, and tens of millions more worldwide, challenging leaders to act. The G8’s answer included a promise of $48bn (£31bn) in new aid – half of it to Africa – and outright debt cancellation for many of the world’s poorest countries.

It wasn’t everything the campaign had asked for, and it hasn’t all been plain sailing since. Shamefully, some of the richest countries have reneged on the promises they made that day. But the deal done at Gleneagles, unlike the faded Nokia 3310 I clutched back then, has looked better with the passing of time. Those who kept their word, along with strong political leadership from within Africa itself, have helped transform the world since.

Consider some numbers. Since 2005, new HIV infections have decreased by 33%; in sub-Saharan Africa almost one-third fewer children die before the age of five. And 35 million more children are now in school.

The change becomes real when seen up close. A while ago I visited a government health clinic supported by Save the Children in South Wollo, Ethiopia, eight hours drive from the capital. With increased aid and its own resources, the Ethiopian government has been able to extend the treatment of deadly childhood illnesses like diarrhoea and pneumonia, with a new army of equipped and empowered community health workers.

I was shown a meticulously maintained record book listing each patient that came in – mainly children – with names, symptoms, diagnosis and treatment. The final column on the ledger was headed “outcome”; in each row, the entry almost invariably contained a single word: “better”. The same was true in one clinic after another. Seeing that combination of real, micro-level data with demonstrable success and progress was exhilarating. I wished that every white-band wearer in the world could have stood there too and read that roll call of hope.

Perhaps the most profound change is in the perceived achievability of Make Poverty History’s mission. In 2005, despite Nelson Mandela’s insistence that extreme poverty could be overcome just like slavery and apartheid, many observers – and even some campaigners – assumed it was an unreachable pipedream.

Ten years on, that aim of ensuring that nobody should live in absolute poverty by 2030 is set to be enshrined in the sustainable development goals, which will be signed by world leaders at the UN this September. The campaign slogan has become the first item on the world’s to-do list. And the reason for that new sense of possibility? We’re halfway there.

The extreme poverty figure has dropped from 43% of the world’s people in 1990 to 21% in 2010. And it’s continuing to fall. The virtual elimination of extreme poverty in the next 15 years won’t be easy – in fact, it will be an increasingly hard slog. But nobody now says it cannot be done. The question is whether we will choose to do it.

Policymakers need to start to answer that question this month when they gather for the financing for development summit due to be held, neatly, in Addis Ababa – capital city of the country that became a byword for famine 30 years ago and is now at the frontline of the data-driven fight to end hunger and extreme poverty for good.

If the map of poverty and development has transformed in 10 years, the way we run campaigns has changed almost as much – and that’s a change for the better, too. Networks like Avaaz and change.org, unheard of in 2005, have harnessed internet and social media platforms to put power in people’s hands and turn leadership pyramids upside down.

A growing movement of global citizens is forming. And that movement is more authentic and representative than ever, no longer directed from Washington, New York or London. ONE’s membership of nearly 7 million people includes 2 million from Africa. After watching 250 ONE Youth Ambassadors from across Europe and beyond, who came (with some very big balloons) to southern Germany for last month’s G7 summit, I know we are in great shape for the fight ahead. These are smart, savvy, passionate advocates who know their facts. They also know that facts are nothing without activism – and activism means little unless we take it to where decisions are made, get them changed, and hold decision-makers accountable.

Not so different from Make Poverty History perhaps, at its best. But – I hope – more global, more sustainable and more empowering. Oh, and now we can tweet about it too.

World leaders made 8 big promises to tackle extreme poverty at Gleneagles – 10 years on, how many have they kept?  Find out!