This story was originally reported by Emmanuelle Landais and edited by Jumana Farouky and Sebastien Malo for the Thomson Reuters Foundation.

For centuries, women in West Africa’s cereal belt have relied on fonio, a small, nutty grain, to feed their families.

Now, Adja Aissata Aya Ndiaye, a farmer in Kedougou in southeastern Senegal, thinks fonio could become a staple across the continent, and eventually around the world.

“We want to take over the global market,” said Ndiaye, 62.

Over in New York, Senegalese chef Pierre Thiam has the same aim. He is on a mission to raise fonio’s profile at home and abroad, believing it can generate much-needed income for West African farmers hit by shifting weather patterns.

“Our goal is to make it possible for farmers to make a living growing fonio,” Thiam said.

Cultivated in Senegal, Ghana, Mali and other parts of the sub-Saharan region, fonio has been dubbed “the new quinoa” by superfood fans in the West.

Fonio fits the bill, as it is gluten-free, high in protein and amino acids, and very easy to cook. 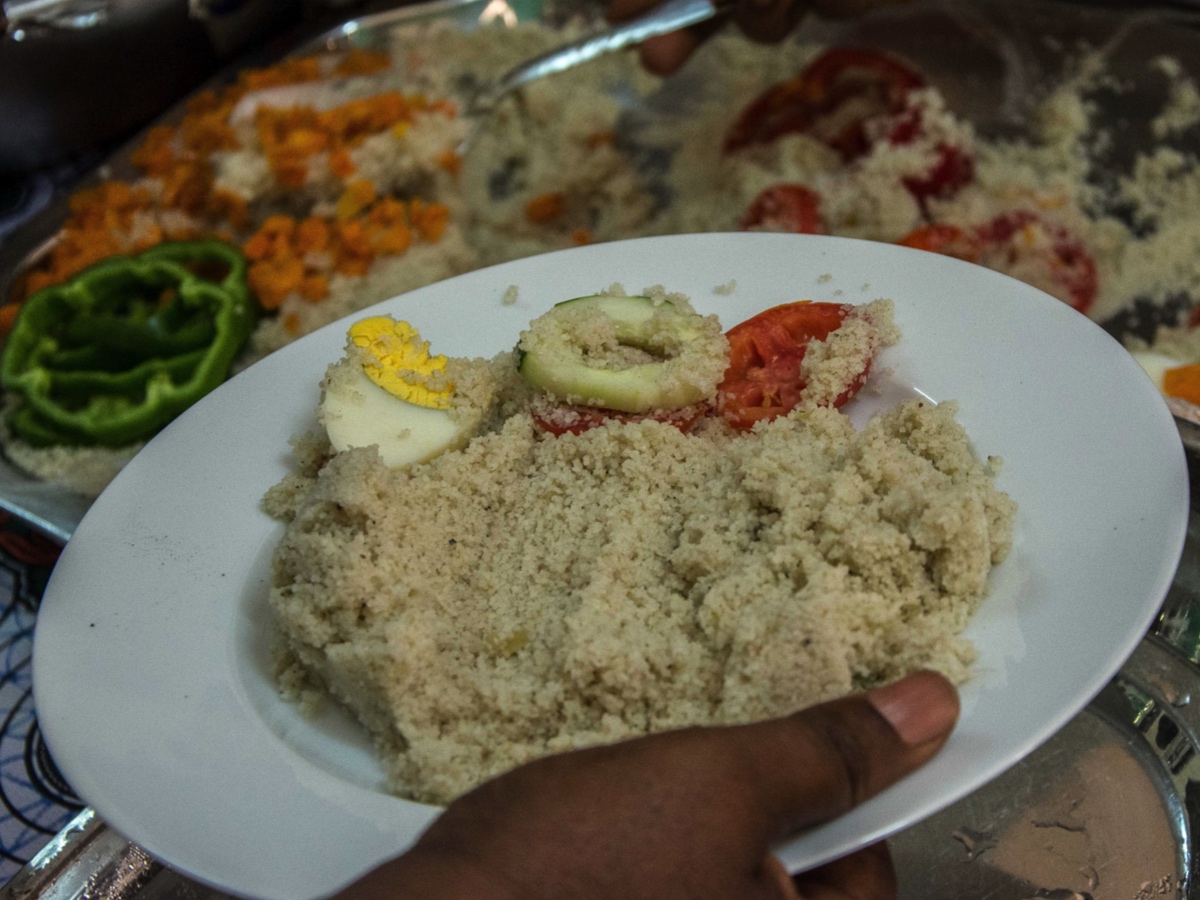 The small, nutty grain Fonio is gluten-free, high in protein and amino acids, and very easy to cook.

Agriculture experts say the drought-resistant, fast-growing plant also has the potential to help ease hunger linked to the negative impacts of climate change.

But despite fonio’s benefits, most Senegalese farmers struggle to make money from the grain.

Fonio is less popular with local consumers than rice or millet, and while it is easy to grow, processing it can be laborious and costly.

In the face of those challenges, Thiam is working with SOS SAHEL, a Dakar-based non-profit focused on food security and nutrition, and a network of farmers like Ndiaye to get the grain onto plates all over the world.

Fonio already has a small but growing fan-base in the United States, mainly due to Thiam.

He has spent the last few years promoting West African cuisine through his work as a consultant chef and building an import market for fonio with the company he co-founded, Yolele Foods.

One of only a few importing fonio into the United States, Yolele took its first steps toward the mass market in 2017, when it made a deal with Whole Foods Market to stock the grain in some of its New York grocery stores.

“When we walk into a restaurant and tell them we have a gluten-free grain that is light and fluffy and not quinoa, they buy right away,” Thiam said.

Compared with other crops like maize, fonio is well-suited to hot climates with unpredictable weather patterns.

Its highly developed root system makes it resistant to drought, and the plant matures quickly, making it a reliable crop for farmers unsure of when the next rains will come.

But before fonio can catch on in the West, farmers in Senegal need to overcome the obstacles that are stifling the domestic market, Thiam said.

While farmers have little trouble growing fonio, producing enough of the grain at export quality is a challenge, he noted.

And removing the grain from the husk is labour-intensive. Farmers usually chop down the hay-like stalks by hand and then stomp on them to release the grains, which are smaller than couscous.

During the process, sand often gets mixed in with the grains, and separating it out is a long, slow job.

Some villages have fonio de-husking machines, but they are expensive, costing around 140,000 West African francs (US$247.50), said Ndiaye, the farmer in Kedougou.

The extra labour involved in producing fonio discourages many farmers, which limits supply and pushes up the price.

Farmers can make up to 600 West African francs per kilogramme selling fonio, more than twice what they can get for rice, experts say.

But the high labour costs, long processing time and lack of consumer interest mean fonio is not profitable for many Senegalese farmers, said Cheikh Gueye of the Fonio Farmers’ Network.

Most only grow enough to feed their families and make their living from other grains instead, Gueye said.

“There (used to be) 4,000 fonio farmers in Senegal,” he told the Thomson Reuters Foundation. “But currently only 1,500 are active because the rest gave up.” 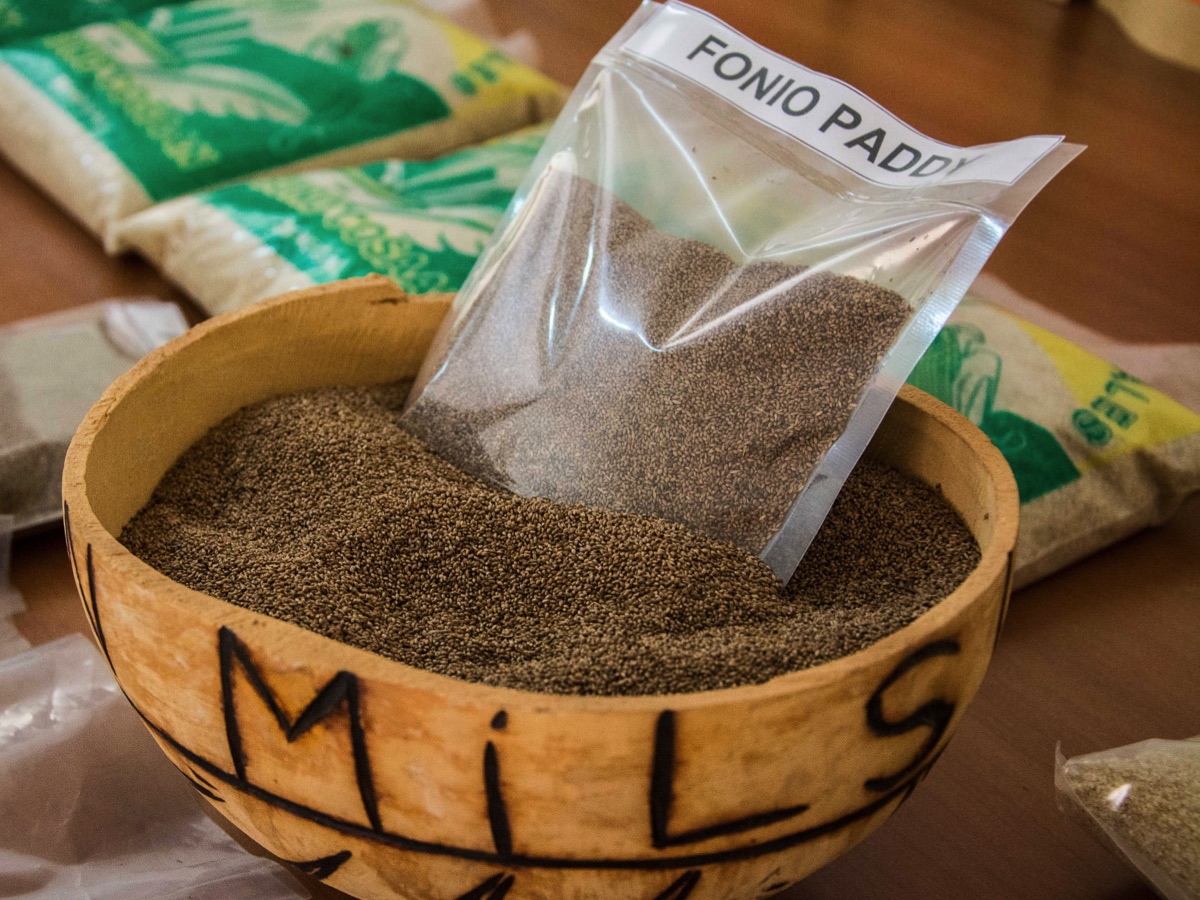 While farmers have little trouble growing fonio, producing enough at export quality is a challenge.

Two years ago, Yolele teamed up with SOS SAHEL to build a supply chain for fonio and help Senegalese farmers make a living from the grain.

“At the moment and historically, fonio has been mainly a subsistence crop – revered as an ingredient for those who grow it, but not an income-generator,” chef Thiam said.

Looking for ways to increase productivity, Yolele funded a trial at a government-run agricultural research station in Mali in 2018.

It looked at whether fonio farmers could grow more by planting seeds in straight rows rather than the traditional method of randomly dispersing them by hand.

The trial showed planting in rows could increase yields by up to 50 percent, because seeds are more productive if they are not crowded, said Thiam’s business partner Philip Teverow.

The next step is for SOS SAHEL to apply the findings to training sessions for its farmer network, Thiam said.

Another challenge is finding a way to harvest fonio easily and cleanly, said Thiam.

Yolele is building the world’s first commercial-scale fonio mill, due to open in the greater Dakar area by mid-2020.

With the new training and technology, the company aims to grow its network of farmers to 7,000 families in Senegal by 2019, and 13,000 families in Mali by the following year.

That will help feed the growing appetite for fonio in places like the United States and Europe.

In recent months, Yolele has been exporting a tonne of fonio a week to keep up with demand, Teverow said.

If that continues, farmers like Ndiaye could build a future on cultivating the up-and-coming superfood.

“We’ve managed to get people in Dakar eating fonio, so why not the United States?” she said.