Residents of Kailer village normally live to the rhythm of mooing cows and bleating goats. But over the past year, silence has reigned over these swathes of dry land dotted with cacti and mathenge, a dense shrub.

Faced with severe drought, herders and their animals have had to travel further than normal to find water or grazing – and to escape worsening raids on their livestock at home, say the village’s women.

“We don’t know when they’ll return, as cattle raiders may attack them on the way,” said a worried Christine Lewatachum of Kailer, a village in the Rift Valley county of Baringo.

With worsening drought and more erratic rainfall, competition for water and grazing is growing, stoking rivalry and theft between livestock herders.

Women and their children, who are left to mind some of the animals at home, also find themselves vulnerable to livestock raids – and left without an income when they happen.

But an unusual kind of livestock is helping: bees. 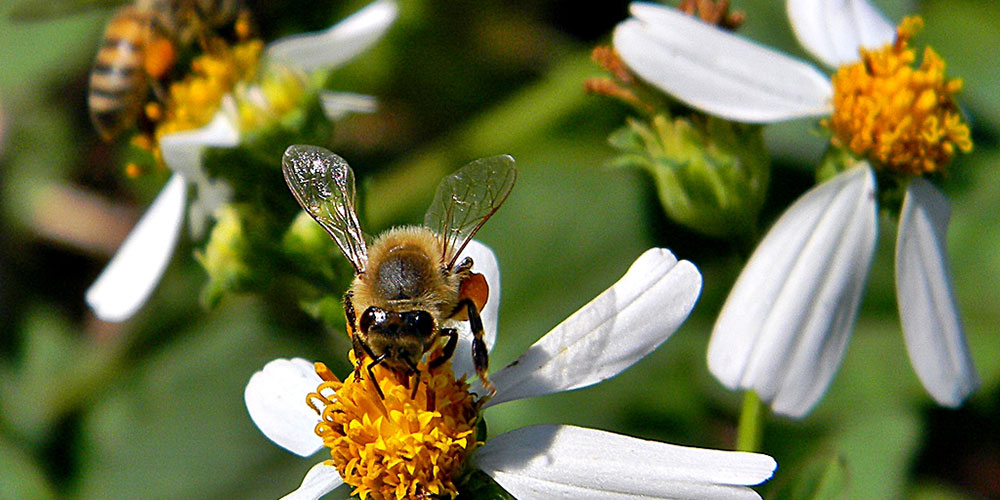 Since 2009, women in the village – and others like it in the region – have managed beehives as a new way of earning a living.

They use the hives to produce honey, soap, beauty creams, candles, and cough syrup, among other products, and sell them to residents from neighbouring villages.

While the business has been going on for some time, it is proving particularly valuable as droughts grow more frequent and severe.

Even as conditions grow more uncertain, “we want to break free from poverty,” said Josephine Lemangi, one resident.

Solomon Kerieny, an animal production officer at the Ministry of Agriculture, said that a longer dry season and erratic rainfall have severely affected earnings from livestock, making families more vulnerable.

“When houses lose livestock, they lose their livelihood,” he said. “Women need to embrace alternative sources of income like beekeeping so they can withstand weather shocks like these.”

For women in Baringo county, cattle raids and violence are a fact of life. In 2009, Faith Lekimosong, a member of the women’s group, was forced to leave her village of Kiserian without her livestock – 80 goats and 18 cows – after eight raiders attacked her home.

“After that, I would hear gunshots ringing in my head for a long time,” she recalled, having found refuge in a nearby village.

“It is a nightmare to live in a place where you have no idea if your animals will be there tomorrow,” she added.

The women’s group, which Lewatachum co-founded in 2000, initially specialized in buying and raising dairy goats “to stop depending on our husbands’ income”.

In 2005, however, cattle raiders stole most of the women’s herd. “It was too much,” said Lewatachum. “We sold the few remaining goats and had to find a new solution.”

Every three months, the group harvests and sells about 22kg of unprocessed honey for 4,000 Kenyan shillings (about $38). Processed honey sells for three times that price.

Other products made from honey or honeycomb are more unusual.

“The arthritis and asthma syrup, as well as the snake venom antidote, are particularly popular,” said Lewachtum. “Residents often get bitten by snakes lurking in shrubs when fetching water or searching for grazing spots.”

The women display their products at weddings or farm fairs, she said. When they aren’t able to meet demand, they buy honey from other beekeepers.

“In times of drought there is no nectar for bees to feed on, so we can only harvest once a year instead of three times,” said Lemangi, another group member.

The women put the profit they make into a fund from which members can take out loans with a 1 percent interest rate.

This has allowed them to expand their operation to 14 beehives and to buy a 2.25-acre piece of land in the village, where they plan to set up a honey processing plant.

“We will use it (the plant) to increase our production so we can sell products in the rest of the country and offer jobs to women and girls,” said Lewatachum, as she straightened a crumpled bee suit in a makeshift shed.

She said the initiative has provided women with not only a better income but better prospects for the future.

“When the members take out loans, they know they have to pay them back and that prompts them to think about potentially setting up their own businesses or renting a portion of land to farm it,” she said.

Group members now earn an average of 26,000 shillings (about $250) per month from their various businesses, compared to next to nothing previously, as everything was stolen by raiders, she added.

In February, the government deployed over 100 police reservists to the area to reinforce local authorities – but even they were attacked by the bandits, Nyamache said.

But while cattle raids continue, the beehives have so far remained intact.