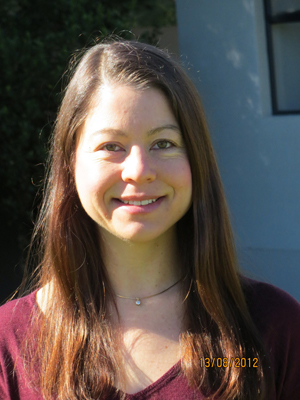 Katherine Lay was one of the stars of ONE’s Transparency Team. Katherine tragically passed away last month.

She had only been with us since August 2012; the picture below was taken on the day she joined. But in that time she made a huge contribution to our efforts to push for policies that would enable African citizens to follow the money – or “Fuatilia Pesa!” as she insisted, in fluent and strident Swahili – making sure that resources are used effectively to meet people’s needs rather than being pocketed by unaccountable elites and irresponsible companies.

Katherine was integral to ONE’s efforts to push the transparency agenda, helping to ensure that – despite what she saw as our Anglo-American-centrism – our efforts took full account of African perspectives and priorities. And, having played an important role in helping us to prepare for the G8 Summit, she was set to take the fight – in her supremely skilful manner – to the G20, the BRICS, to the Open Government Partnership, to governments, to civil society and to the private sector.

Katherine’s passion, determination, knowledge and intellect were a huge asset and inspiration to me and to many others. With her irreverence and cheekiness and compassion, she was a lot of fun too. Joe Kraus, Joe Powell, Lauren Pfeifer and many others from across the ONE family and beyond will forever remember and miss the wit, humour and brilliant insights she shared during team meetings and the many late night e-mails in which she prodded and probed at the challenges and quirks of working in the development sector.

In the weeks since Katherine’s death, we have heard from many friends and colleagues from around the world. Their tributes and kind words reflect how highly Katherine was regarded and the strong friendships she had made in all parts of the world. We and Katherine’s family have really appreciated the kind words. Perhaps the neatest came from one of our transparency friends from Tanzania, who simply said “she was real”. For a transparency champion, that’s a fitting tribute!

The fight for transparency and justice goes on of course. As it continues, we at ONE, together with friends and colleagues from across the world, will remember Katherine, the contribution that she made, and the joy that she brought into our lives. Katherine was a star who twinkled very brightly.

Katherine would have chastised me for spending time on this blog post instead of using the time to focus on the fight for transparency. But she was such an integral part of our team – and the fight for transparency – that it feels right to take a moment to pay tribute to her hard work and many contributions. Below are a number of blog posts that she wrote. While her contribution was infinitely richer, these posts provide a small window into the sharp intellect and passion of our much-missed friend.