EU leaders are entering an intense period of negotiations about the European Union’s next seven-year budget. Their decisions will have significant and wide-reaching impacts on people and our planet.

The agreement our leaders will reach on the EU’s long-term budget will determine whether citizens’ aspirations and expectations on ending extreme poverty and inequality and tackling climate change are met or not; without sufficient funds allocated to these issues, it won’t be possible to deliver the future we want.

The clock is ticking. The EU’s Budget Commissioner Johannes Hahn has told EU leaders that they are running out of time to find an agreement. After more than 700 days of negotiations, we’ve had enough of buzzwords. It’s time for our leaders to act. 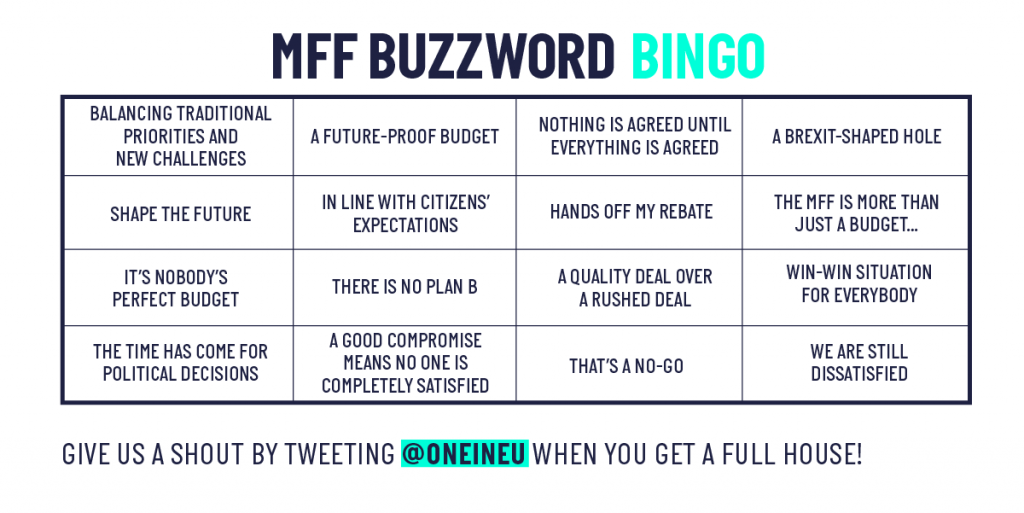 We keep hearing EU leaders say that we need a budget “in line with citizens’ expectations” — but the deal on the table lacks the ambition required for the EU to keep its promises to end extreme poverty and inequality in 2030 and tackle the climate emergency before it’s too late. Despite the fact that 7 in 10 Europeans want tackling poverty in developing countries to be one of the main priorities of the EU, development aid is rarely mentioned by leaders. 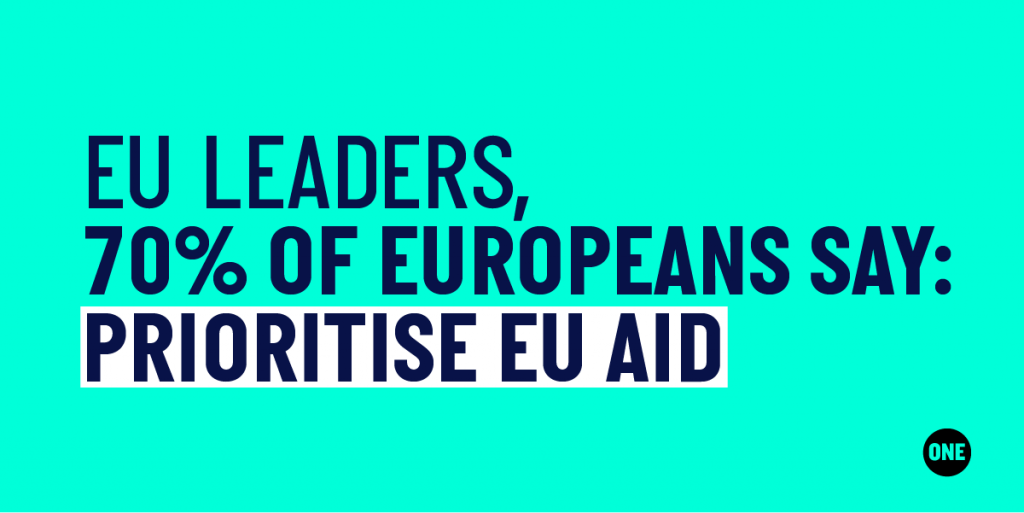 We also hear leaders saying that they want a “future-proof budget” — a deal that will stand the test of time. An ambitious EU aid budget is the best investment in our common future that leaders can make; if Europe’s partners succeed, Europe will succeed. But again, we’re not seeing action that matches the rhetoric.

With the right level of investment, more than 1 million children would benefit from quality basic education, 4.5 million women would access reproductive healthcare, and 5.5 million children would receive life-saving vaccines every year for the next seven years, according to ONE’s analysis. Instead, leaders are discussing proposals that would cut investment in development aid.

As the European Commission President Ursula von der Leyen has stated: “citizens will not understand if decision makers fail to make the funding available for policies needed”.

For the EU to keep its promises, leaders need to agree to increase EU aid to €140 billion in the next long-term budget. We need real ambition, not platitudes, if we are to tackle the greatest challenges of our generation. This budget holds the key to Europe’s future. Will EU leaders listen to citizens and #DeliverForTheFuture of the planet and its people?

Add your name below to tell EU leaders this is their ONE chance to build a future where everyone, everywhere can lead a life of dignity and opportunity.

Dear EU leaders,
The decisions you make now will shape all our futures. Help build a more prosperous future for everyone by increasing EU aid, and focusing it on the people and countries that need it most.