Hi! It’s nice to meet you all…my name is Giulio Pantalei, I’m 25 years old and I became a ONE Youth Ambassador at the start of 2015 in Italy with some other incredible mates around the “Belpaese”. I am studying Comparative Literature at University, but, most of all, I sing and play the guitar. 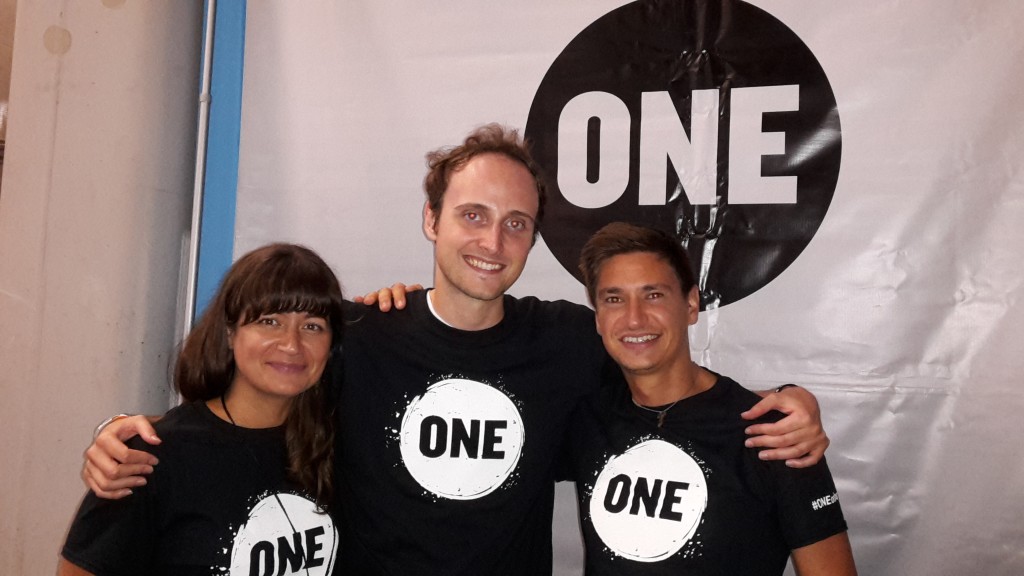 Me with Saira and Jean Marco, ONE’s campaign superstars!

Being part of a ONE action has always been an inspiring challenge and a great time for me, but this time being a ONE Youth Ambassador surpassed all of my expectations! Volunteering with the greatest rock’n’roll band on Earth (can you tell they’re one of my favourite bands ever?) for such a tremendous and essential cause as ending extreme poverty & preventable diseases was an amazing “experience” that I tried to get through with all the “innocence” (and competence, hopefully) that I had…

I was born and raised listening to Rock music and U2 were probably my “first love”: I remember my dad coming home with a brand new copy of All That You Can’t Leave Behind, I put it on the cd player and that night decided I wanted to learn how to play the guitar! The band I am in now, PANTA, with my dear friends Leopoldo and Matteo, draws a lot of inspiration in terms of sounds and songwriting from U2 – even if I write songs mainly in Italian – and I realised that the themes we face in the lyrics are often the same themes that I deal with when I explain the goals and issues of ONE to people: social commitment and a struggle for a more equal society. 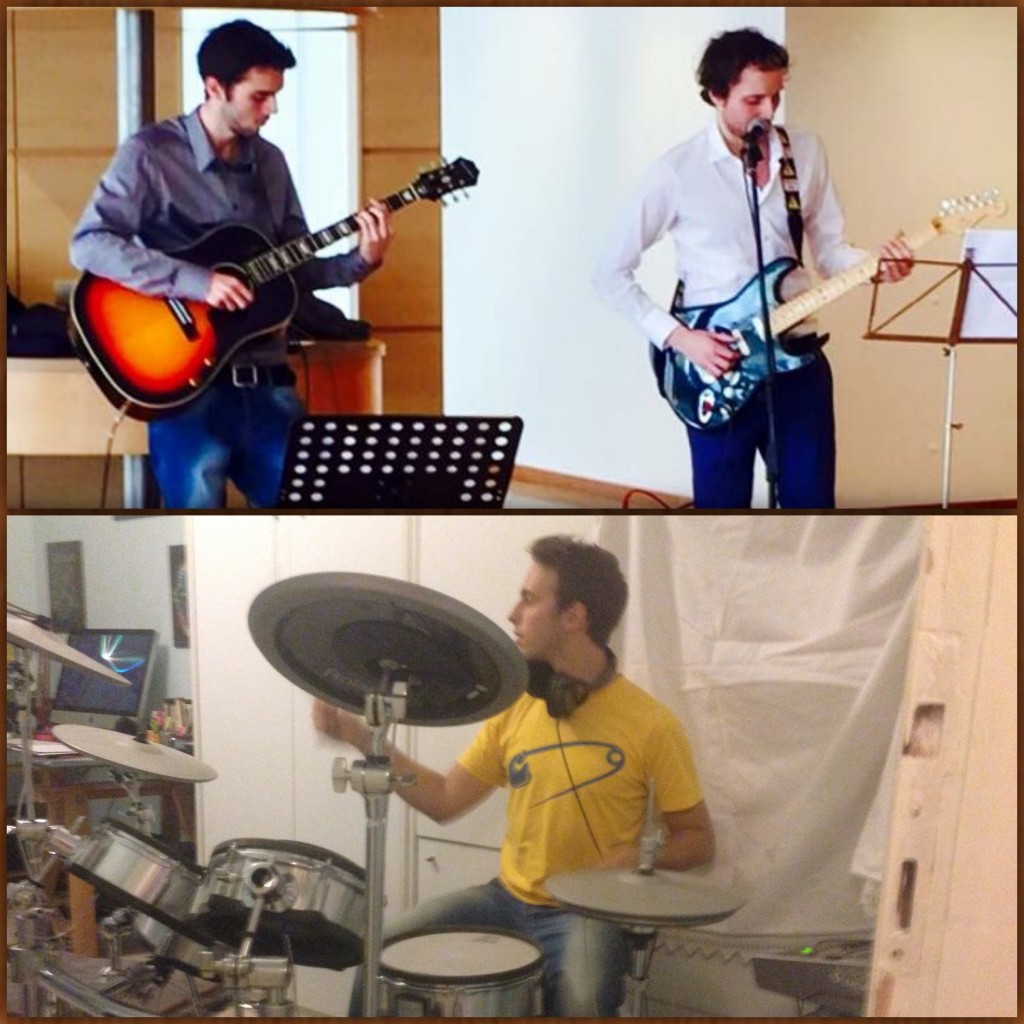 Me and my bandmates!

I have watched and played many gigs since I was a kid, but I must admit that the atmosphere that you breathe at a U2 concert is different from any other I’ve experienced. I always get the feeling that I’m taking part in “something bigger” than a show, something that – through music, and such heavenly music – promotes peace, love, tolerance, social commitment, mutual aid and respect for all living beings.

I felt this when I went to the “Vertigo Tour” and “360 Tour” as a part of the audience in Milan and Rome and I had the greatest demonstration of that last week, on the 4th and 5th of September in Turin, or as Bono said, “Turiiiiino, il più bel suono del mondo!” (“The most beautiful sound in the world”). 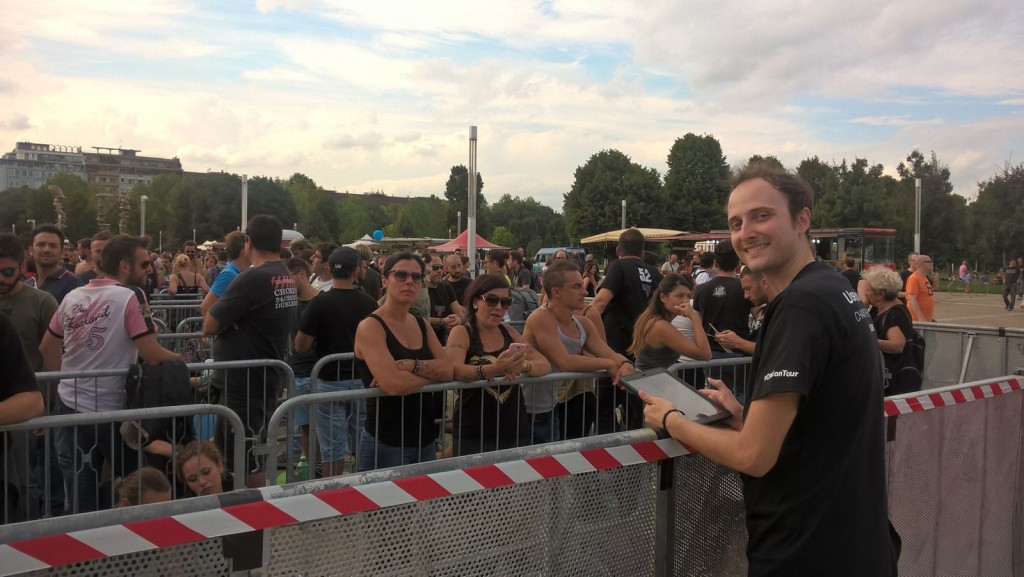 Most of all, I discovered that people are very keen to learn about what ONE does as an organisation, since we “ask for your voice and not your money”. We had a great time talking to people at the gig, talking to them about our campaign and getting their signatures on our Poverty is Sexist petition!

In Turin, I managed to collect about 280 signatures on my own in two days and all of us reached over 1,000 signatures before the shows – astonishing! When Bono thanked volunteers and workers at ONE, (RED) and Amnesty from the stage before the last song of the first night I felt my heart full of joy and ready to sing it out along with thousands of fans out there. That last song was One, not by chance.

If YOU want to join ONE and help stand with girls and women, then sign our Poverty is Sexist petition and join the movement today!