Sierra Leone may have been declared Ebola-free, but some of the epidemic’s most lasting legacies still haunt the country.

One of the greatest and most far-reaching of these legacies is deepened poverty and its impact on education.

Families who were already struggling to get by before the epidemic now have to cope with the loss of their main breadwinners, meaning education is often pushed far down families’ lists of priorities.

Survivors of Ebola often have to support the extra children of family members who died; they have to run businesses in the country’s devastated economy, and they have to face many more challenges as the country continues to fight the impact of the virus.

Research by the charity Street Child revealed that more than 12,000 children lost their main caregiver to Ebola, and 1,400 children in Sierra Leone have been identified as seriously-at-risk.

With no one to care for them, these children’s chances of finishing their education are next to nothing. 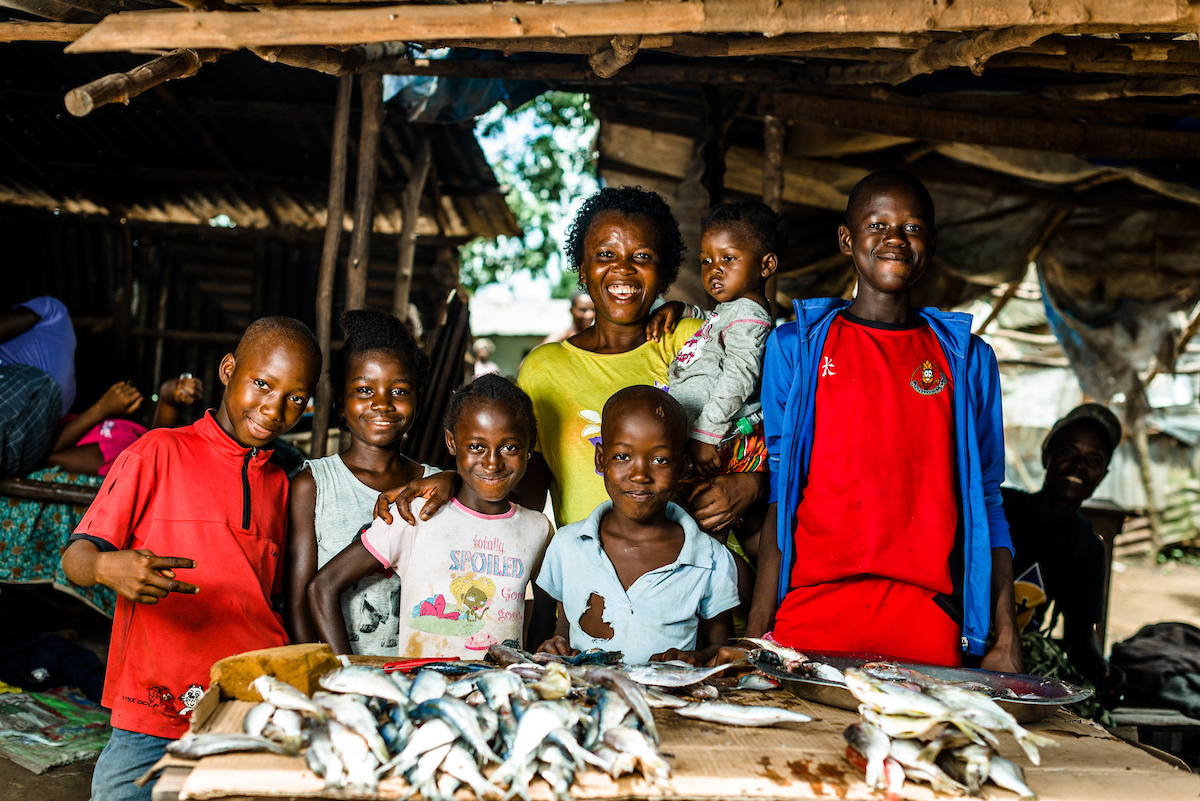 Mabel, from Bo, is one of the mothers struggling to cope without the support of her relatives, killed by Ebola.

She was left to care for the whole family after the death of her sister, a nurse and the family’s breadwinner. Mabel now cares for seven children between the ages of two and 16, four of whom are her nieces and nephews.

“My sister Mary was a nurse,” said Mabel. “She was the main breadwinner for our family. She took care of all of us. When she died, she left behind four children, who I now care for alongside my own.

“Sadly, just after losing my sister, my husband got sick and ran away. He never returned. We heard a rumour that he’s dead.”

Mabel received a grant from Street Child, as part of their Livelihoods Programme, and was able to set up a business selling fish. With the profits, she can send the children she cares for to school.

Joseph is one of the nephews that now lives with Mabel after the death of his mother.

“During Ebola I was isolated and stigmatised because of the quarantine,’” he said. “It was really hard. My hope for the future is to finish my education and become a lawyer so that I can help my family out of poverty. Education has taught me to read and write and to develop my family. It will help them develop their lives too.” 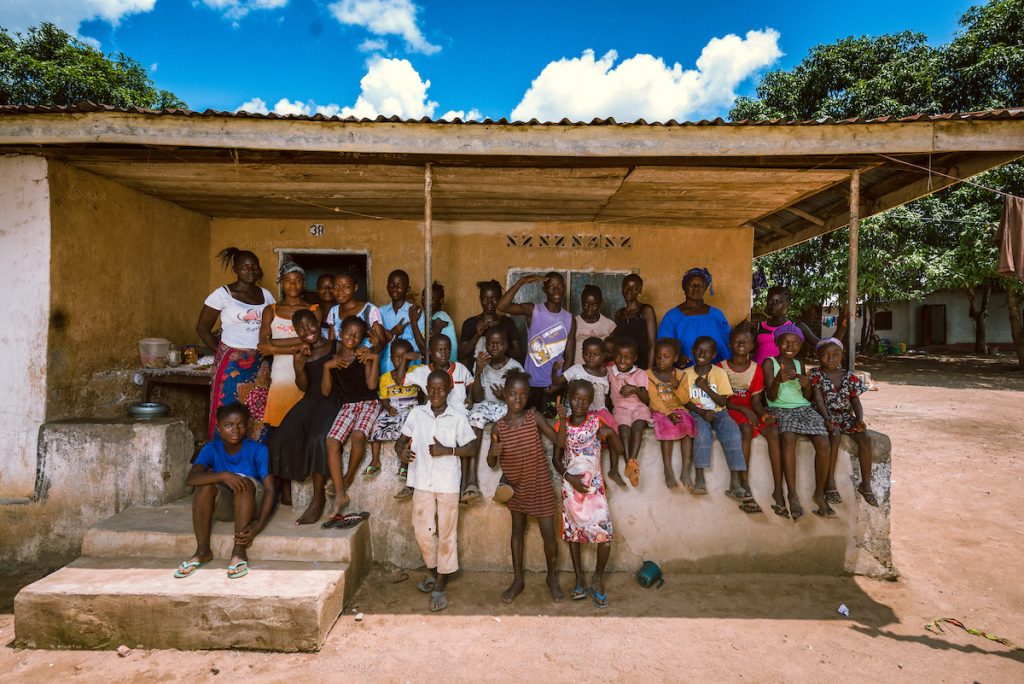 They are the three wives of Foday Tommy, who used to dispense medicines at the government hospital before he was killed by Ebola, and between them, they now look after 26 children.

“Foday set out one morning and then started feeling ill at work and so they admitted him right away,” said Manu. “He died two days later so he never came home. We weren’t even allowed to see the body and it was only later that they told us where the grave was.”

The family was quarantined for 21 days, with tape around the house and an armed police guard to make sure they didn’t leave. But while they were quarantined, their eldest son got ill and also died so the family were shut inside the house for a further 21 days. They relied on the food brought to them by the government.

“We were stigmatised, the whole community rejected us,” Manu said. “They looked at us like we were the virus. It was so sad. I would have preferred to be dead than live in that situation again.” 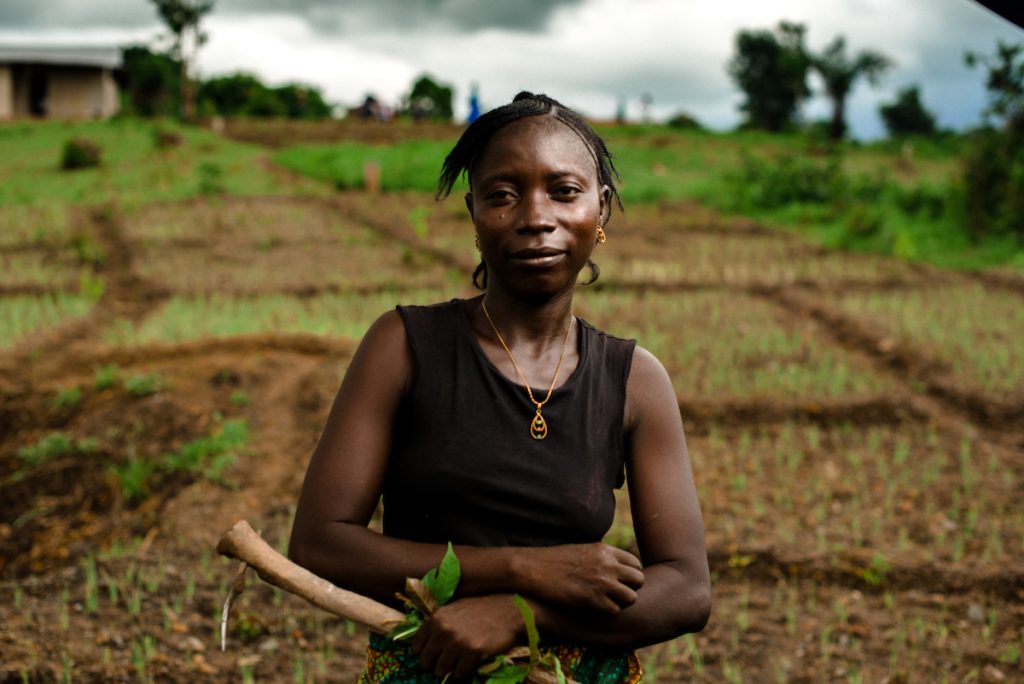 “The business is growing gradually but it’s still tough when you have this many children and you have no husband,” said Nancy.

“Without this, we would have had to go back to gardening work alone, which doesn’t bring in enough to feed the family. Thankfully, all our children are now in school because our business pays for school fees. Education is their only hope for a better future.”

Street Child CEO Tom Dannatt said: “Ebola may be done, but its impacts will last a very long time. Poverty is the biggest barrier to children learning in Sierra Leone, so unless we help families out of poverty, their children remain out of school. It is likely that their life prospects will be bleak as a result.”

He added: “Unless programmes like our Livelihoods Scheme can deliver timely support, this still risks being one of Ebola’s worst legacies.”

Between 2015 and 2016, more than 12,000 grants were given by Street Child to families severely impacted by the Ebola crisis. These grants helped to ensure that more than 20,000 children were sustainably enrolled in school after the outbreak.

To find out more about Street Child’s work in Sierra Leone — as well as Liberia, Nigeria and Nepal — visit their website here.