Our guest blogger today is Beth Milburn, a ONE Youth Ambassador from the UK. 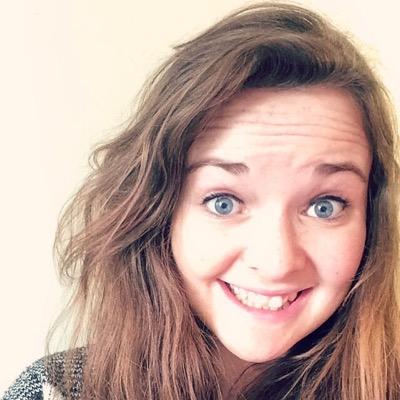 In school we learnt about the Suffragettes – brave heroic women who went to great lengths to get the vote. All over the world we see people who stand up, campaign and even die as they try to bring democracy to their country.

We’re told to value the fact that we can vote. But what about when it actually comes to it? Ticking a box on a sheet of paper doesn’t sound quite so glamorous or radical. In fact it seems quite boring.

This is the first UK general election I’ve been old enough to vote in. I’m trying hard to fight the negative perceptions of politics and voting I keep hearing. I’m choosing to vote; not simply because I value the act of voting itself, but because of what I believe it signifies for my role in bringing about change.

Are these people who fight for democracy just doing it so that people can tick a box on a sheet of paper in an election, and then sit back and carry on with life as normal? It’s about so much more than that. I think that voting represents the broad range of ways we can have a voice in bringing about change. Our voice in politics is not limited to choosing who runs our country. Voting is where it starts, but our role to play in politics doesn’t stop there.

I believe politics is about making change happen. I want to be a part of bringing about change on issues relating to global poverty, and I’m learning to see how politics is a really effective means of doing this.

Disengagement does not bring about change. Even though I’ve never voted – advocacy and campaigning has enabled me to engage with decision makers in ways I didn’t even realise were possible. It’s much easier than I thought. That’s democracy.

It looks like writing to my MP asking him to keep the UK’s aid budget at 0.7% of national income. Or going to talk to him about the issue of clean drinking water in the world and what the government are doing about it. These are incredible privileges we have just because we live in the UK. It is these opportunities that I believe voting in May signifies.

This is why I wanted to be a ONE Youth Ambassador in 2015. I don’t want to forget that through engaging with politics I am able to remind my decision makers to prioritise the issues I care about. Through joining in with ONE’s work I am able to use my voice in order to bring about an end to extreme poverty.

The general election not only determines the future of the UK but it also has massive consequences for international development. 2015 is full of key decisions on various issues and the government we elect in May will be regularly making choices that affect people all over the world. This is why I’m joining in with ONE’s campaign asking current MPs and Parliamentary Candidates to ‘Just Say Yes’ and keep their promises to the world’s poorest people and ensure that aid goes to where it is most needed.

Let’s not be people who miss the opportunities to bring about change just because they didn’t seem quite so significant at the time.

Here’s 2 things you can do to get your voice heard if you live in the UK: