The following post originally appeared as part of UNAIDS’s “Faces of an AIDS-Free Generation” campaign.

I found out that I was HIV-positive in 2002 after having contracted tuberculosis. That is when I began taking my medication. 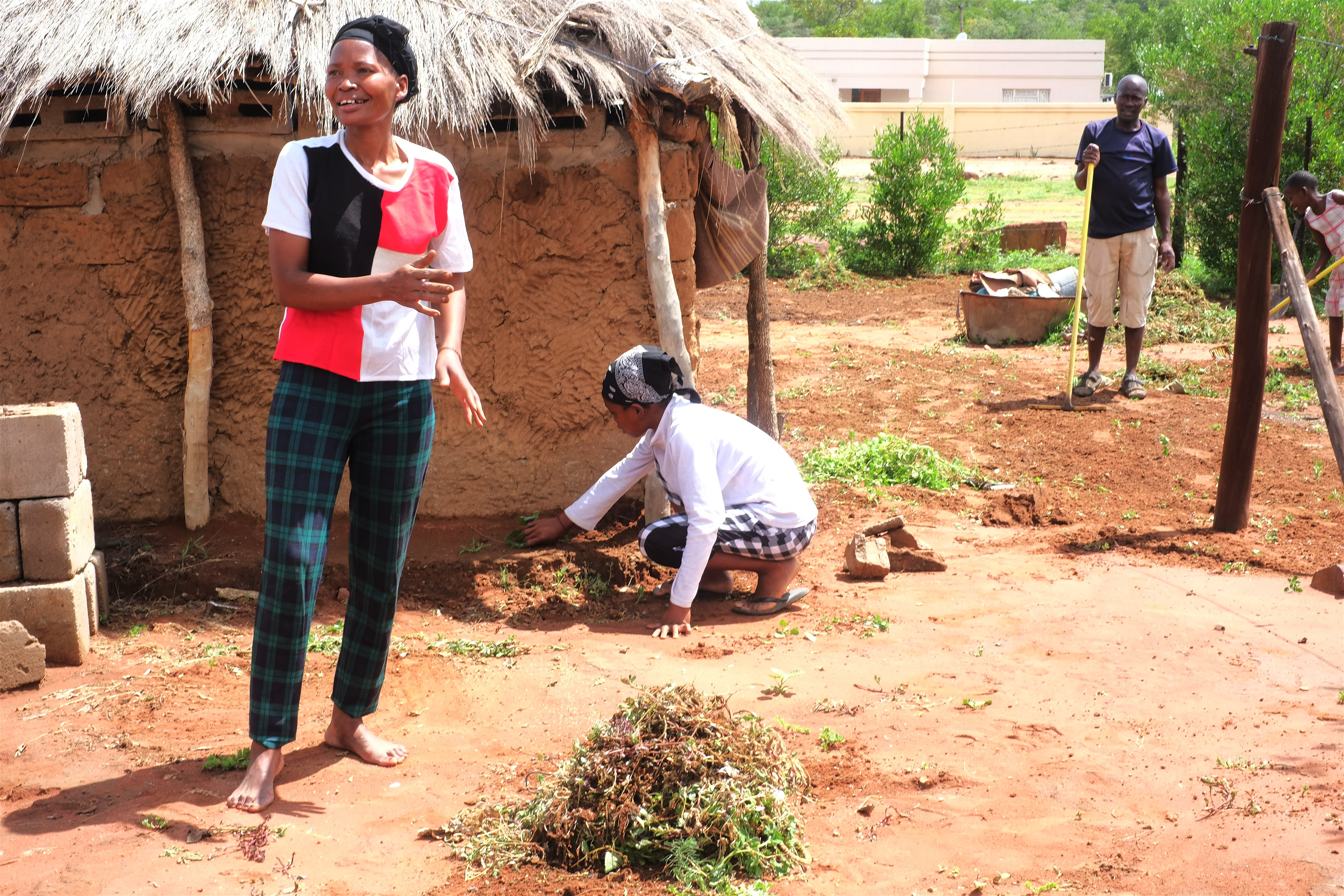 Gaolatlhe Kalanke outside her home in Botswana. Photo Credit: UNAIDS

By then I already had my first daughter and found out that she too was living with HIV. She was also put on treatment. I so wish I knew my HIV status before she was born. I would have made sure that she was born HIV-free. But then again, I had her before treatment for prevention of mother-to-child transmission of HIV was freely available to women living with HIV in my country.

Although I continued to go to the clinic to get my treatment, I didn’t look too healthy and was quite thin. But I had hope and strong determination to get better. That is when I met my husband. One day, I was leaving the clinic after picking up my medication when he called me over to him and proposed that we have a relationship. I really did not think that he sincerely wanted to be with me. I was convinced that he was joking. I later learned that it did not matter to him what I said even though I told him I was on HIV treatment. He still loved me and wanted to be with me. 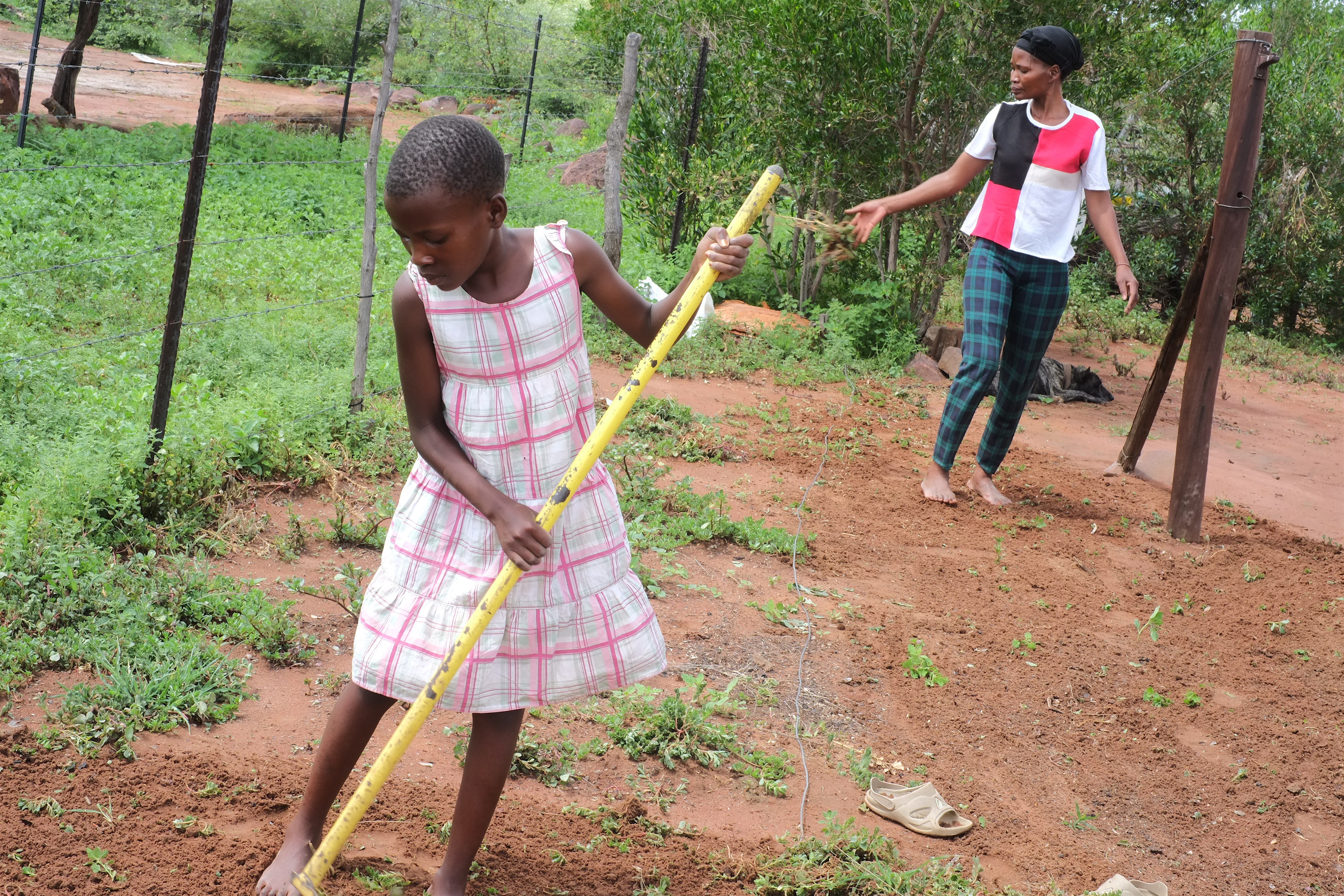 Gaolatlhe Kalanke and her daughter working the land outside their home. Photo Credit: UNAIDS

As we began a relationship he got to know my warm spirit. I gave him hope and I was always honest. He appreciated that I disclosed my HIV status to him. We both had our own children from previous relationships, so we agreed that we would never have children together because of my status.

On one particular night we found out that the condom we used had a tear. I missed my period a month after that. I was so happy about my pregnancy although, initially, I had feared that my child could be born HIV-positive. I went to the clinic for advice and immediately started attending antenatal care. I knew that I had to adhere to my Prevention of mother-to-child transmission of HIV treatment. My counsellor made me confident that if I adhered to my treatment and delivered in a health facility, the chances of passing HIV to my baby would be greatly reduced.

Nine months later, our first daughter as a couple was born HIV-free. Soon after that, we had our second child, another little girl. Now I am proud to say that I am living with HIV healthy and I have a full and loving family. My two youngest children are free of HIV. When I was first diagnosed with HIV, my own family refused to accept and support me. My mother even threw me out of the house. With my poor health, I struggled to rent a place on my own. I am still working on repairing my relationship with my family and friends and educating them about living positively with HIV. Their lack of support hurts me so much and our relationship has never been the same again. But I will carry on trying to mend that relationship. 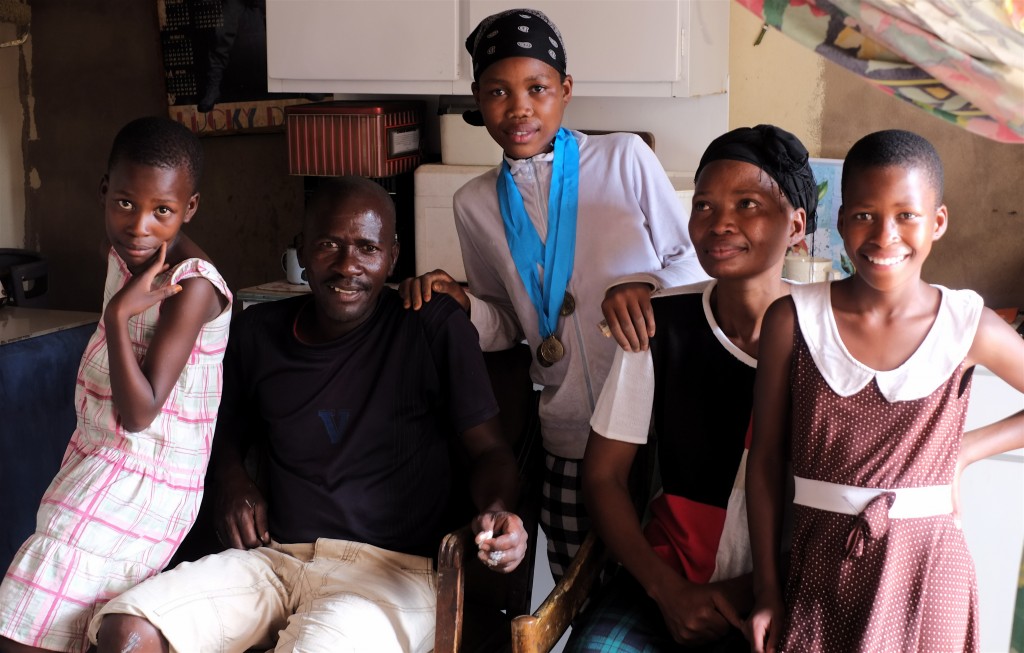 Gaolatlhe Kalanke with her husband and daughters. Photo Credit: UNAIDS

Every morning I run a session called ‘Health Talk’ at the Centre for Youth of Hope. We pray and sing hymns. I teach young people in Gaborone about family and partner disclosure. I teach them about condoms and adhering to HIV treatment. I teach them about the difference between their CD4 count and their viral load, as many are still so misinformed. Some young people do not have enough knowledge about HIV transmission and prevention. Now young women in my community understand more about HIV than I did when I was their age. They are free to ask questions and talk about their sexuality and HIV. With the new generation of strong young women, I am so confident that we can make sure that no baby is born with HIV in my community.