Today, October 30, marks the Africa Day for Food and Nutrition Security. It is a day to celebrate the remarkable progress that the African continent has made in reducing hunger and malnutrition. The proportion of people suffering from hunger on the African continent is down by 10% in the last 15 years, despite a growing population. In the latest Global Nutrition Report, Kenya was the only country in the world that was on track to meet the World Health Assembly targets on nutrition.

Unfortunately, this day also comes in the middle of an environmental crisis that shows just how vulnerable that progress may be without investing in the farmers that have made it possible. 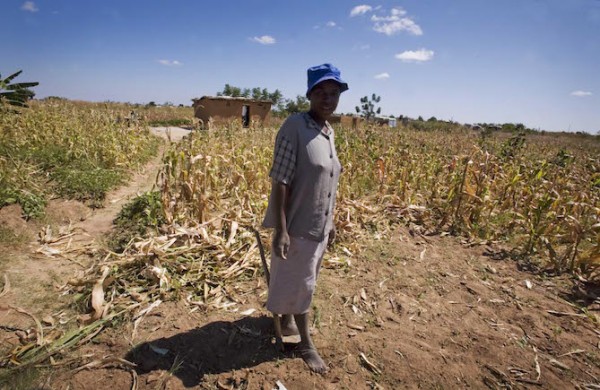 A woman stands in her crop of maize that grows around her home in Harare, Zimbabwe, in 2009. (Photo credit: Kate Holt/AusAID)

Southern Africa is in the middle of one of the worst droughts in decades, with the potential to plunge an estimated 28 million additional people into food insecurity in the next six months. Zimbabwe has seen its corn harvest cut in half, and Malawi and Madagascar are also facing severe crop failure. Further north in Ethiopia, a particularly bad El Niño has done the same, putting over 8 million people in need of food assistance this year.

Though drought and floods may be inevitable, food shortages are not. Food shortages are a symptom of a food system that is not resilient. For smallholder farmers that don’t have the resources to cope, this means providing extension services that imparts knowledge, irrigation that allows for water conservation, storage so that crops aren’t wasted before they get to market, and roads that let farmers get their goods to market.

That is why here in the U.S., we must do our part by urging members of Congress to pass the Global Food Security Act (H.R. 1567, S. 1252), a bill with bipartisan support that continues U.S. leadership in building the capacity of African farmers and rural communities to withstand such shocks in the long-term.

The Global Food Security Act calls for consultations with local stakeholders at the national and regional level, as well as alignment with a county’s own plans for agricultural development. This ensures that the assistance that flows to focus countries is targeted to where it will be most effective. 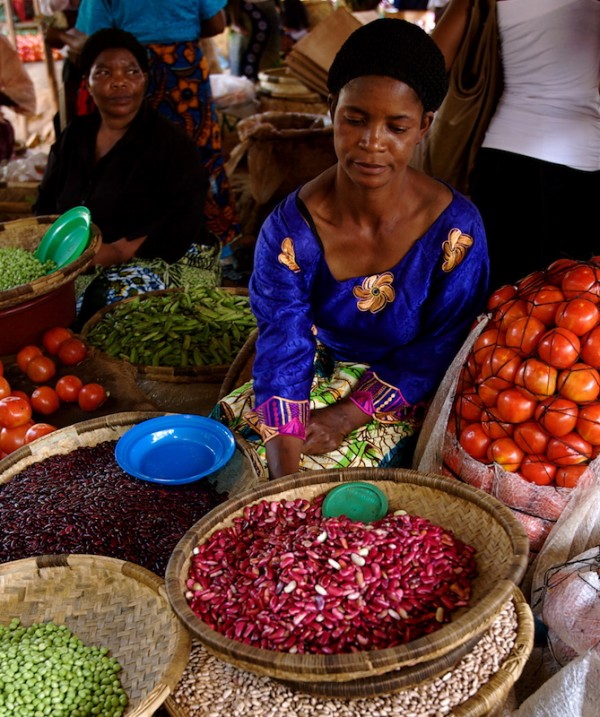 Women sell their produce at a market in Lilongwe, Malawi to generate income for their families. (Photo credit: Stephen Morrison/Africa Practice for AusAID)

Countries in Africa are making great progress in building resilience to shocks like drought and floods. For example in Ethiopia, this year’s drought is at least as bad as previous events that led to large scale famine. However, famine has thus far been averted by a comprehensive food security system that has been developed over the past decade.

Hunger and malnutrition is not inevitable. If we help countries make the investments they need in the farmers and rural communities that are the economic backbone of the African continent, we can help ensure that a dry season doesn’t lead to a hunger season.

THIS is why the Global Goal 2: Zero Hunger is so important. Raise your voice and take action TODAY.