In our second partnership with One Acre Fund, we’ll be following David and Zipporah, smallholder farmers from Kenya, for a whole growing season. From planting to harvest, we will check in every month to see what life is really like for a family making a living from agriculture in rural Kenya. Read part 1 and part 2. Written by Hailey Tucker. 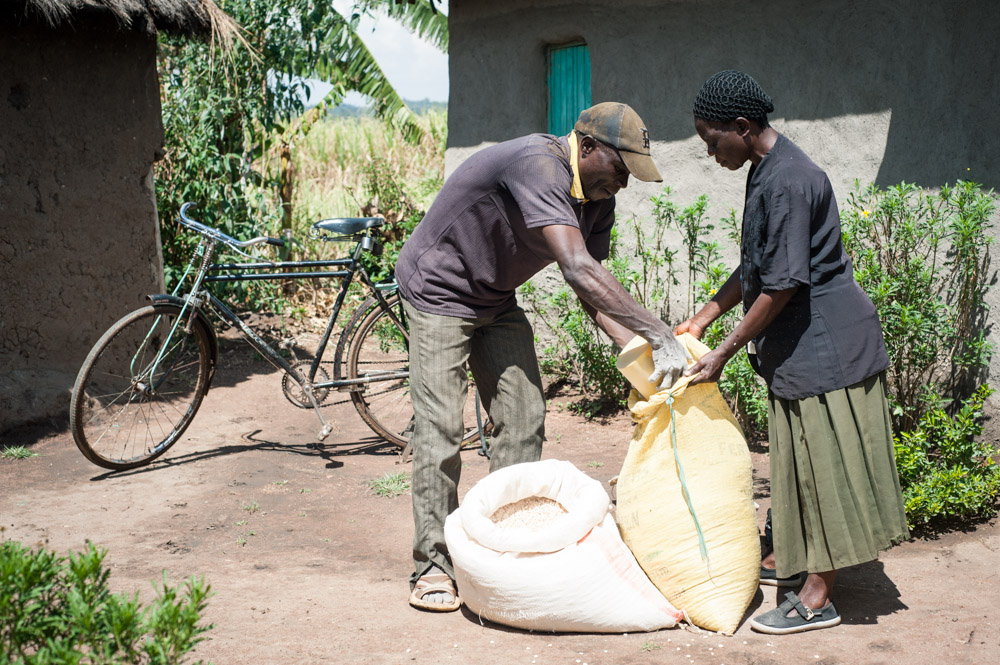 They sold the pig they had fattened up for 4,500 Kenyan Shillings ($52 USD), and with the money, David and Zipporah decided to start a small business. Their 2013 harvest did not provide enough income to last them through the year until the next one, so they are searching for other sources of income.

They used 3,000 Shillings to buy a bicycle. It’s a used, sturdy, single-speed frame with a barred flattop section over the back tyre, which will hold heavy loads. 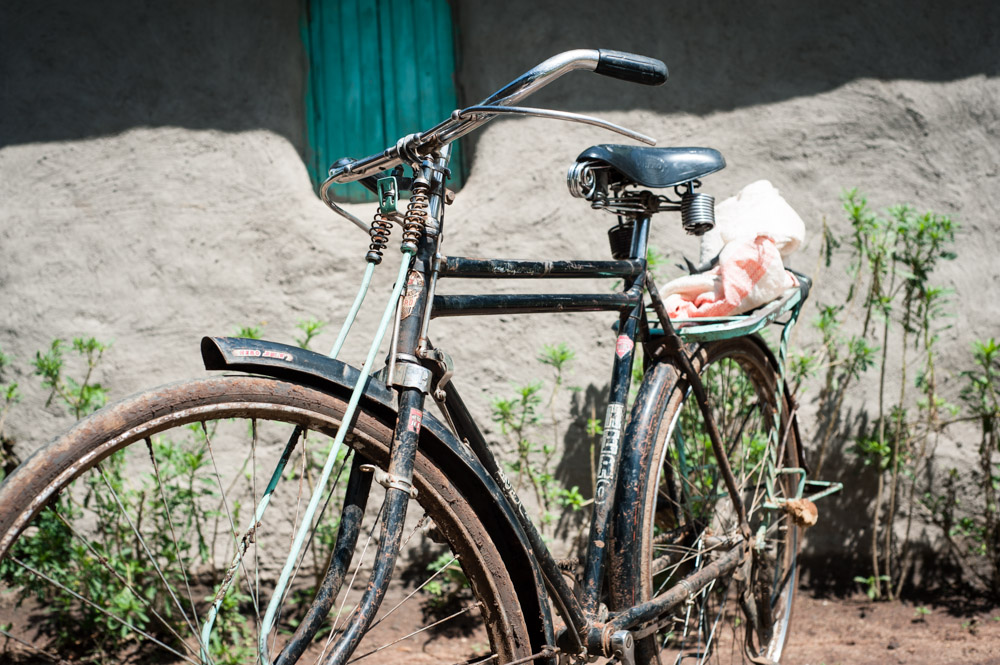 With the remaining 1,500 Shillings, they decided to start buying maize at a market far away and selling it nearby for a higher price.

“I have some friends who have been doing this for some time now,” David says. “So, I asked them the price at which they buy and sell maize in different locations, and I became interested in doing this too.”

Almost daily, David will ride his new bike to a market near Kenya’s Mount Elgon, about one and a half hours from his home, and buy as many 2kg tins of maize as he can afford at 70 Shillings per tin. He then rides home to sell them at 75 Shillings per tin.

“I’m happy because sometimes when David brings this maize, we are able to keep some of it, and we can use it for food. I am also happy because some of the profit goes to the school fees of the children,” Zipporah says. 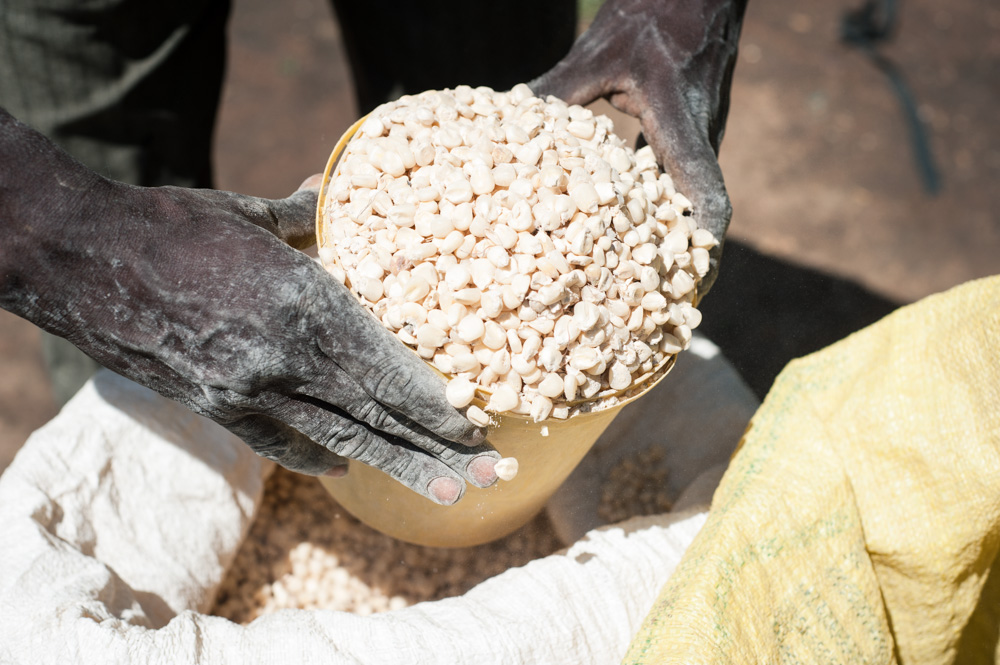 Maize is traded by measuring it in 2kg tins. Photo: Hailey Tucker

“For four days of the week, I use the profits to pay school fees and to buy household commodities for my family. The next three days, I save the profit to increase the amount of maize I am able to buy next week,” David says.

“The business is good, but it still has some challenges,” Zipporah says. “Sometimes he goes and buys 40 tins, but when he returns, he measures the maize out, and it weighs less than 80kgs.”

“The reason why this happens is some of the people I have bought from aren’t trustworthy, “ David explains. “They will dent the bottom of the 2kg tin they measure with to make it seem full when it’s not. Now I’ve learned from my experience, so when I go, I go with my own tin to measure.” 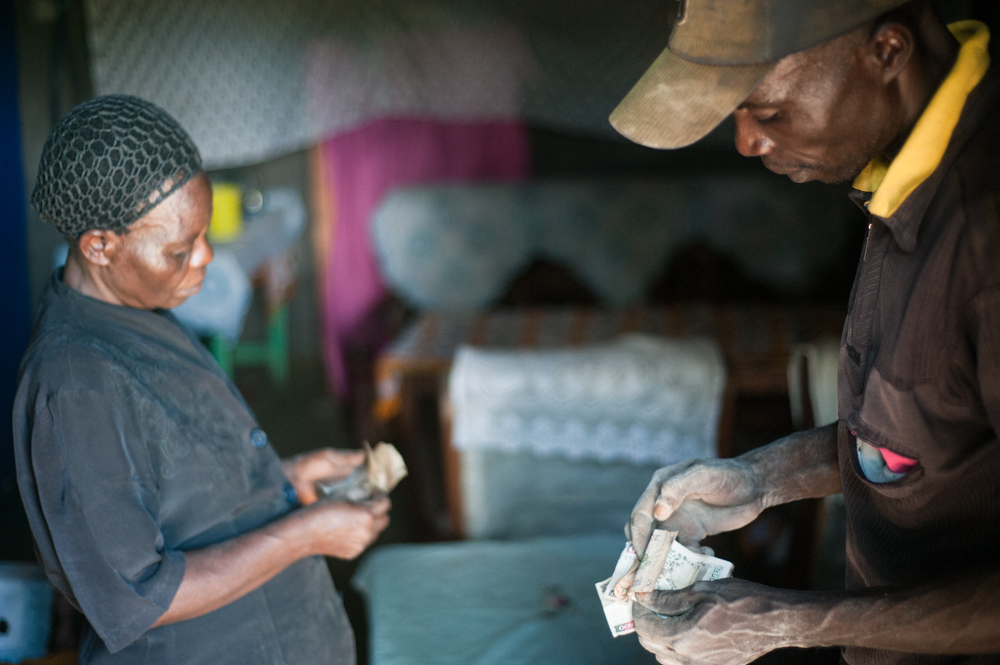 Agnes buys all the maize that David brought back that day. Photo: Hailey Tucker

David and Zipporah hope to continue the business on into the planting season.

“I expect I’ll end up farming a bit more this year because David will be committed to the work and not the farm,” Zipporah says. “It’s ok though because he does this to provide for us.”

“I expect to continue increasing the amount I buy because the more I buy, the more profit I get. In the future, I hope to be buying even 160kgs a day, says David.”

ONE is campaigning for African leaders to invest in the continent’s famers, food and futures. Hear more from farmers and take action on our DO AGRIC website.