When Jennifer Thuo talks about her students, it’s with enthusiasm and a wide smile.

“One thing I can say with pride is that I have helped improve the lives of girls,” she says. “I believe they are the future game changers and should be supported in every way.” 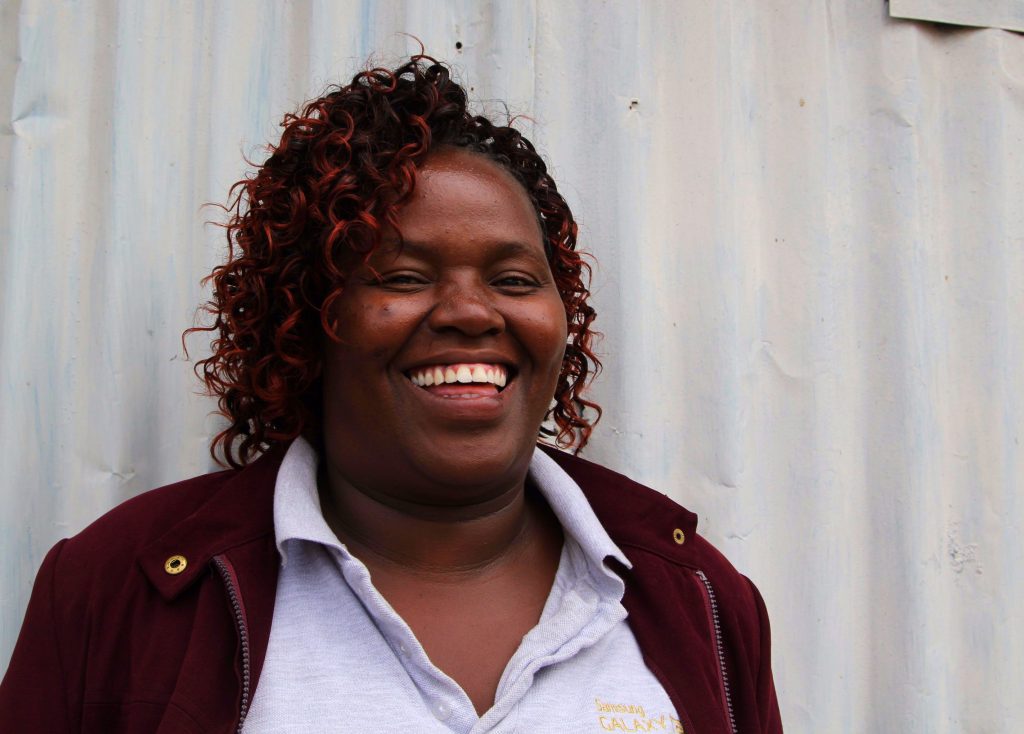 Jennifer is the Swahili and history teacher at City Shine Secondary School in Kayole, an informal settlement on the Eastern side of Nairobi. Before she started working in this less affluent part of the city, Jennifer had not given much consideration to the difficulties girls encounter when they start their period.

“In my previous school, the children were from relatively privileged backgrounds and could easily buy disposable pads,” she says. “But when I moved here I realised that most girls cannot afford them, and it’s hard for them to attend school because of that.”

In a 2015 study of over 3000 women in rural Western Kenya, 75% of females reported using commercial pads and 25% used traditional materials such as cloth or items like paper or tissue, which can be unhygienic and could lead to infection. In the same study, one in ten 15-year-old girls reported engaging in sex for money to buy sanitary pads. 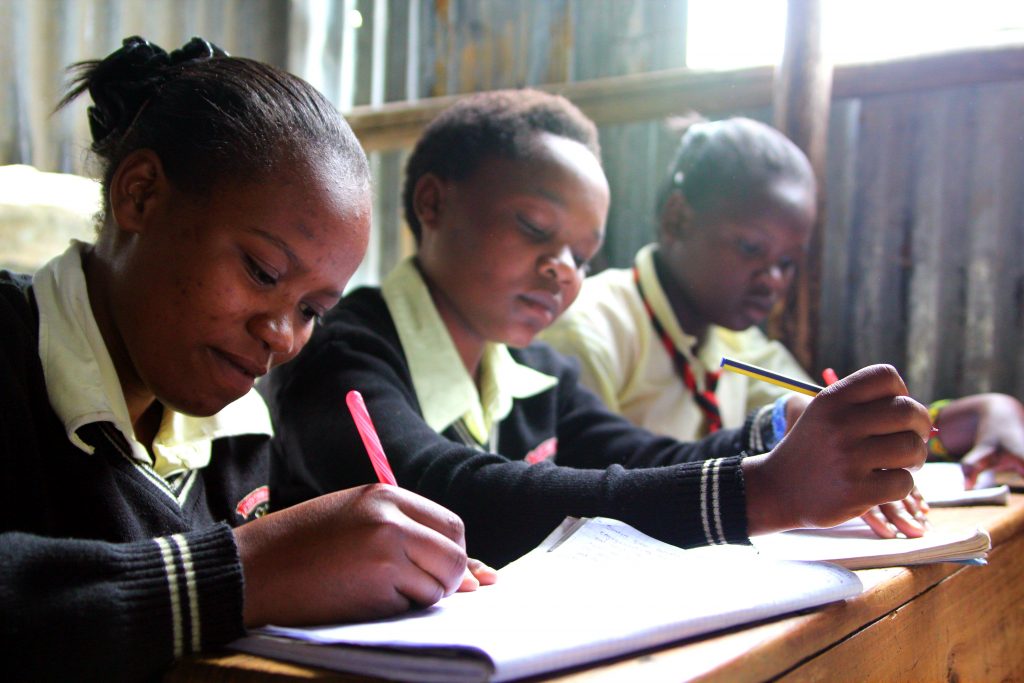 Lydia Gikandi of City Shine Foundation first realised that menstruation was impeding girls’ education when she noticed girls dropping out of school as they entered puberty.

“Most of them could not afford pads and wouldn’t feel comfortable coming to school,” says Lydia.

This was one of the issues that forced Fridah, an 18-year-old student at City Shine, to miss three or four days of school every month.

“It was really tricky,” she says. “My mum was not able to buy me pads, and I was afraid of coming to school when I was on my period.” 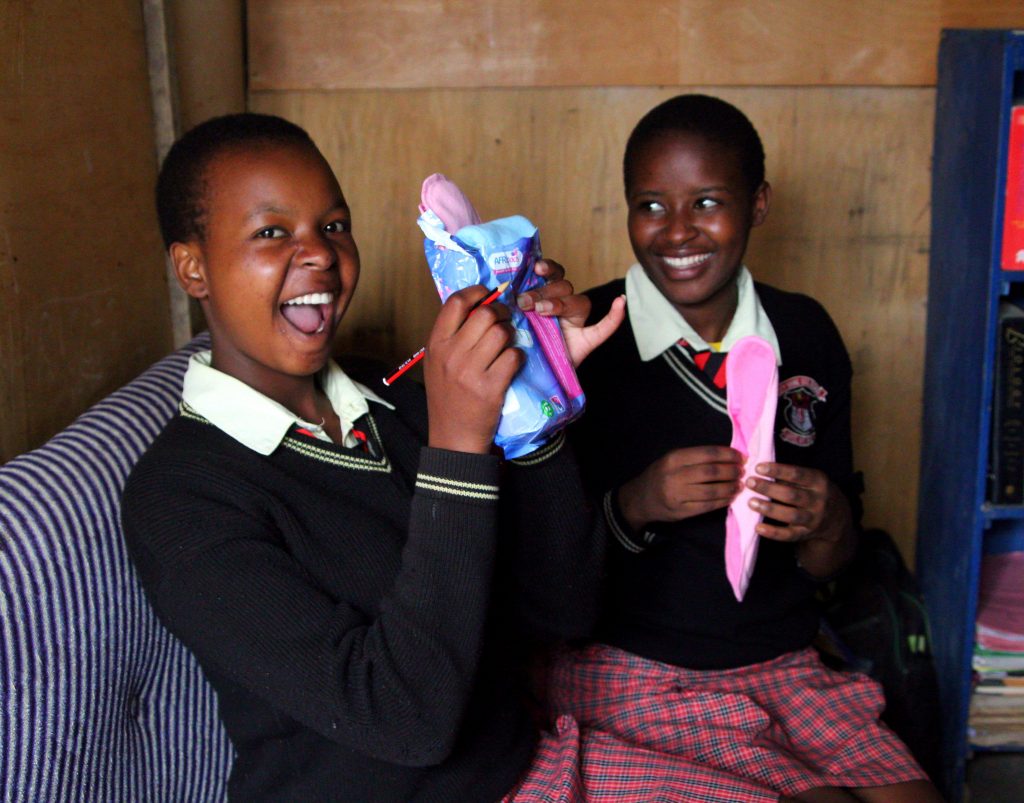 Fridah and her friend Rosemary at school.

Seeing so many bright and promising young girls drop out of school inspired City Shine Foundation to partner with AFRIpads, a social business that locally manufactures reusable sanitary pads. Now, every girl receives a packet of pads at the beginning of the school year. 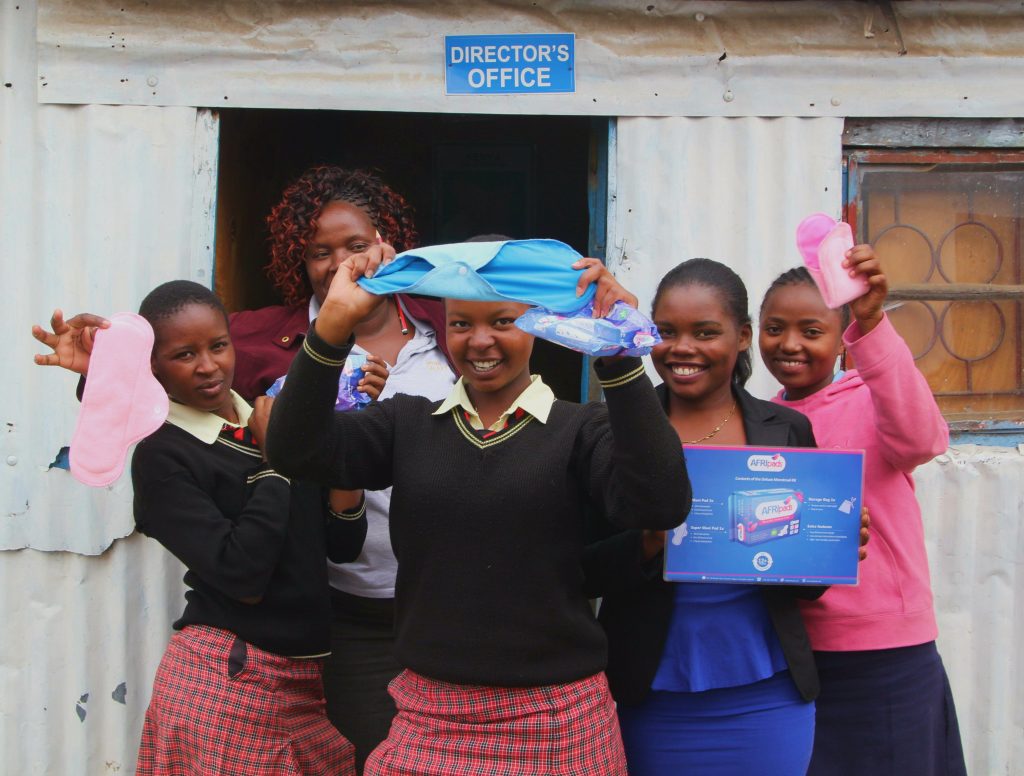 But both staff and students agree that simply having access to sanitary products is not the ultimate solution. For the girls, the biggest and most positive change has been the shift in attitude towards their bodies and knowing that they should not feel ashamed of them.

“We use the distribution of sanitary pads as an entry point to talk about other issues affecting the girls,” says Lydia. ͞”We talk to them about menstrual hygiene, sexual health, and about their place in the world as women.”

Menstrual health education is now included in the school’s curriculum, and boys also take part in the lessons. Now, Fridah can’t help but laugh at the idea that she should be embarrassed about her period. 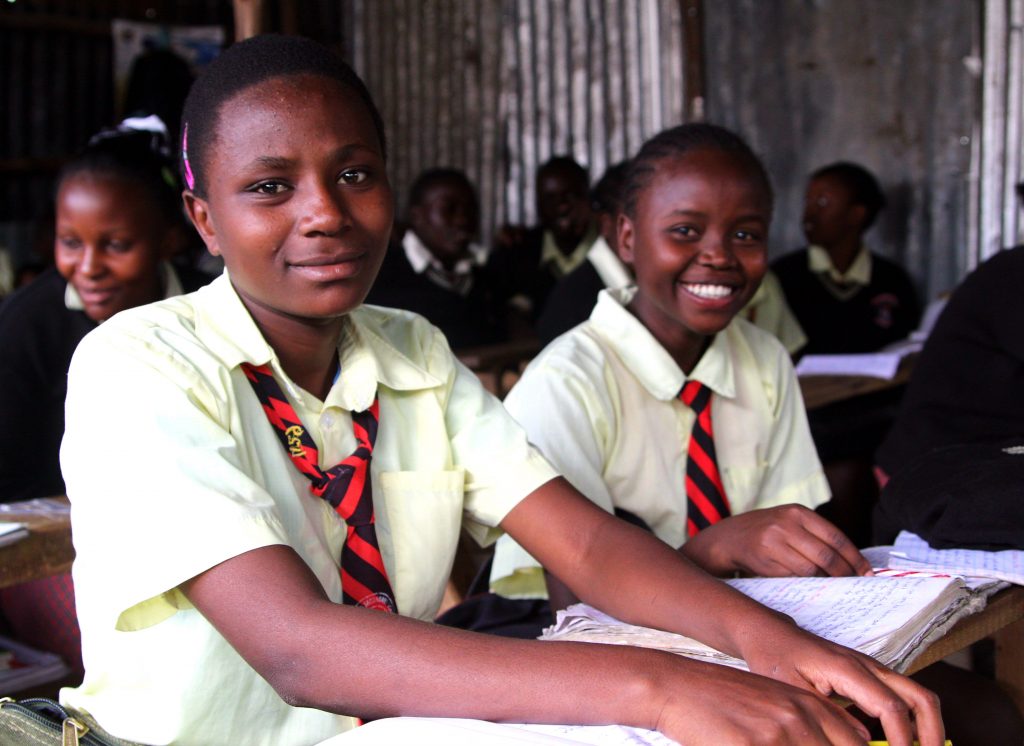 Adrian Dongus, AFRIpads’ Regional Business Development Manager, believes that there is a definite link between access to cost effective, quality menstrual products and girls’ school attendance. Yet, he knows that this is not the silver bullet it is sometimes depicted as. Rather, dignified menstrual health is a precondition to a girl’s education.

“It’s crucial for girls to feel comfortable, secure, and safe,” says Adrian, “adding that it’s less to do with the product itself than it is with the dignity that comes with it.” 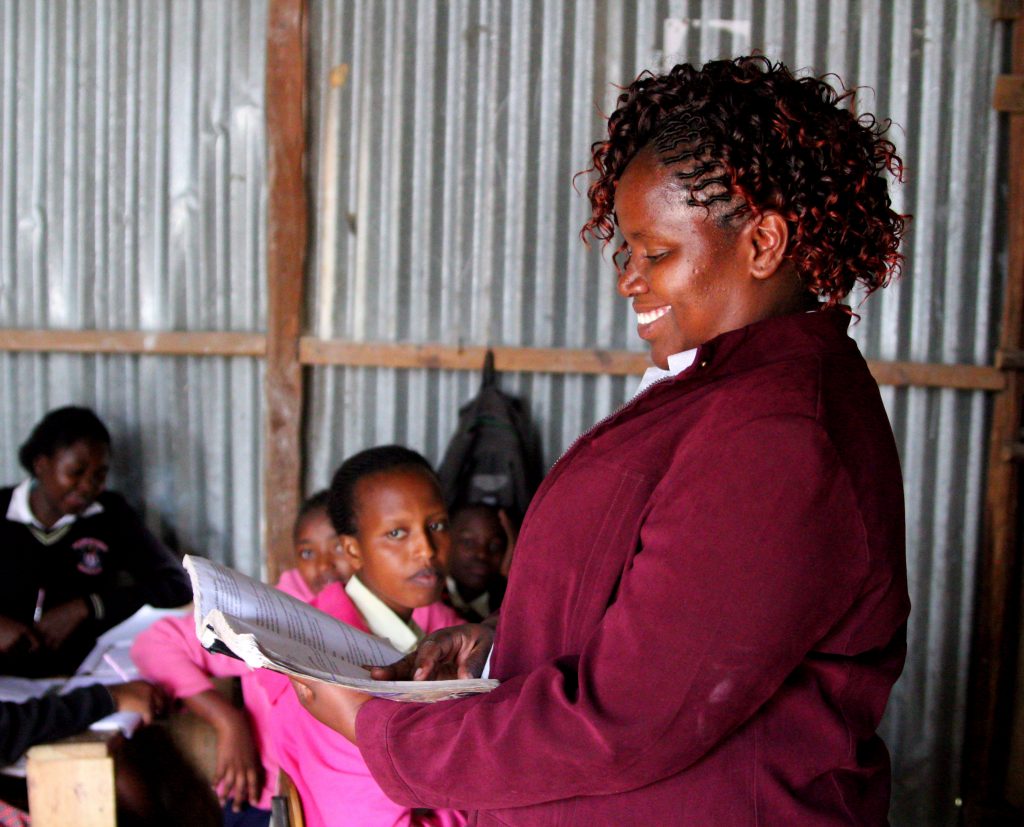 Jennifer at the front of a City Shine classroom.

Breaking the taboo around menstruation is a crucial step in ensuring that girls receive the quality education they deserve, and ultimately lead a healthy and dignified life. Strong role models like Lydia, Jennifer, and other school staff — both male and female – are an important part of achieving this goal.

Nowhere on earth do women have as many opportunities as men. Nowhere. But for girls and women in the poorest countries, that inequality is amplified.
Poverty is sexist, so I’m adding my voice to ONE’s global movement of more than 9 million people calling for change.