By Hannah Elansary, ONE US marketing intern 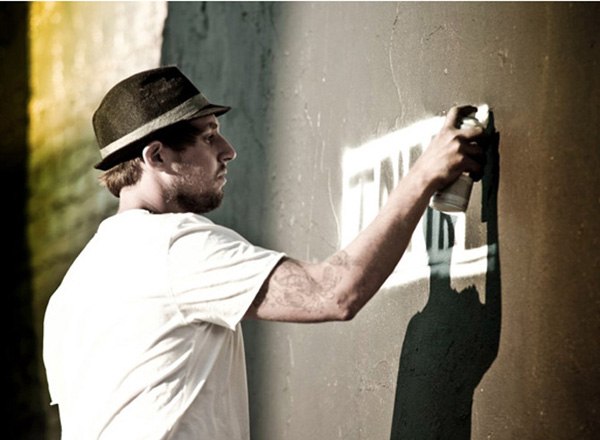 Ricky Lee Gordon is on a quest to prove that art can make a difference. His artwork has been exhibited all over the world from the Gambia to New York, and featured on the BBC and National Geographic alongside world-famous graffiti artist Banksy.

Inspired by his hometown of Cape Town, South Africa, his creative alter ego Freddy Sam is a forever-young, fearless romantic who still believes in Peter Pan. He creates abstract storytelling murals that encourage South African youth and international artists alike to be creative. The initiative, called Write on Africa, is headed by Ricky’s artist-run project space /A Word of Art. 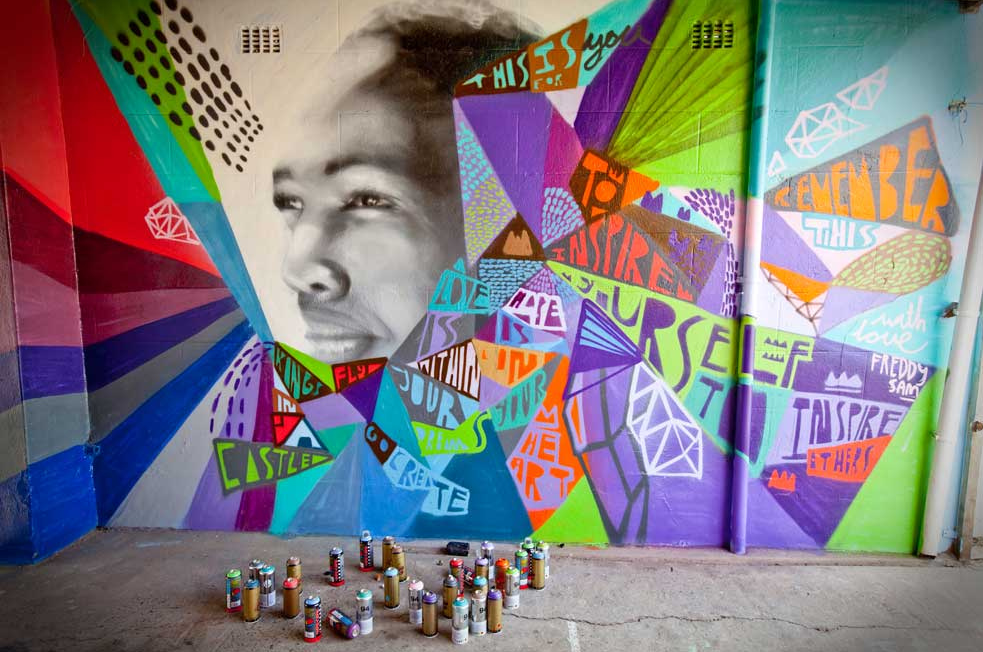 Street art in South Africa made for the Write on Africa initiative. Photo: Freddy Sam Flickr

Located in Woodstock, a run-down suburb of Cape Town, /A Word of Art  transforms the neighbourhood with an explosion of colour. There, Ricky works closely with the Percy Bartley House, a home and free space for young boys, collaborating with them to rejuvenate their community with murals.

Right now, Ricky is traveling across the world for the colour project, looking for inspiring environments and researching the people within them. In a second phase of the project, Ricky will take his new insight and collaborate with students at IkmvaYouth to paint an entire high school in rural South Africa.

I got to ask Ricky some questions and learn more about how he is inspiring people from all walks of life, one mural at a time.

Hannah: How and when did you start painting? When did you decide this had to be a major part of your life?
Ricky Lee Gordon: I started with graffiti 15 years ago. I grew up in the gated suburbs of South Africa and painted my first real mural across the highway in the poor community of Alexandra Township. There, at the age of 16, I realised how jaded and entitled we were as white South Africans and how I did not want to be part of that – I wanted to use my art to change the world, or at least a part of it, explore new places and be part of a larger community.

How do your projects create social change?
I am not sure they do. I mean, that’s my intention and I think they do, but I can’t quantify it. I believe color creates energy, energy creates inspiration and inspiration creates change. But, more than anything, my intentions and passion make the difference – showing someone that you believe in turn makes them believe. I do plan, however, to research and attempt to prove that art can make a difference! 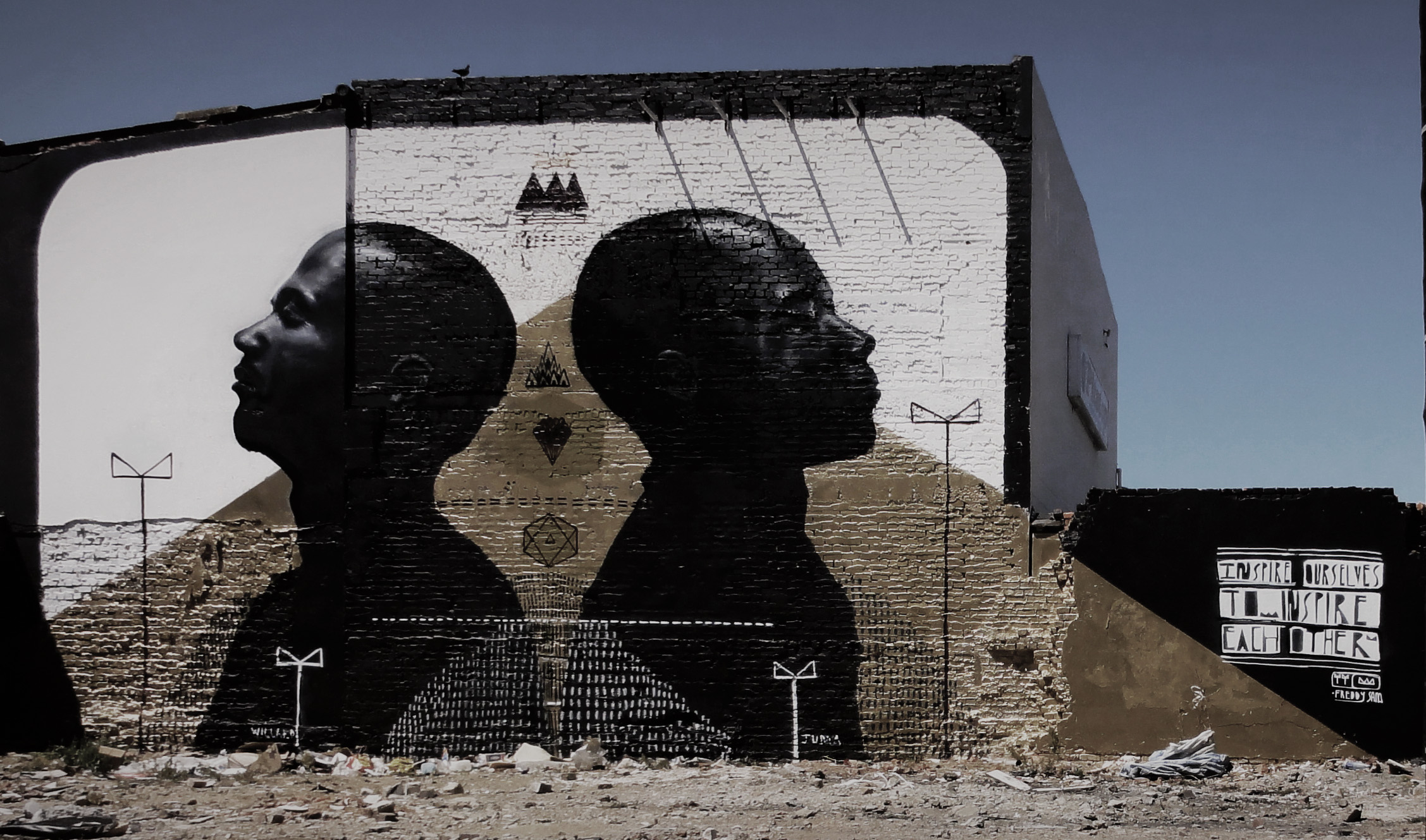 Freddy Sam signs his mural “Inspire ourselves to inspire each other.” Photo: Freddy Sam Flickr

Why is it important for your art to be out in the open (through murals and graffiti) rather than isolated in a studio?
We need to inspire each other. Just like how music is meant to be heard, art is meant to be seen and felt.

How do you think African youth can benefit from painting and art in general?
It teaches self-awareness, sensitivity, expression, discipline and the ability to create something from nothing.  Using your imagination to make something beautiful and then seeing how this can affect someone else is a really powerful realisation.

You say you still believe in Peter Pan. What does he symbolise for you?
I think that if you choose to believe that you can fly then you do. It’s that simple. We are all born with the ability to believe. We are born with great creativity and imagination. The trick is we must follow and trust this instinct.