The Ebola crisis needs a global response, there’s no doubt about that. Liberia, Guinea and Sierra Leone’s fragile health systems need both a short-term boost and long-term investment to shut down the virus, which is why we’re campaigning for the governments of every nation to step up and deliver funding and supplies.

But that doesn’t mean people in those countries are sitting around waiting for help to arrive. From the earliest days of the outbreak, students and parents, taxi drivers and cooks, health workers and faith leaders, have been coming up with innovative ways to help their communities cope.

Not enough of these stories are being heard.

Here are just a few.  If you have your own story, get in touch in the comments and we’ll share it.

Health workers dancing for their patients

Not everyone who gets Ebola loses their life – many survive. So even at treatment centres they are moments of joy as patients recover and go home. Staff at this centre in Sierra Leone don’t just look after the health of their patients, they keep them entertained by dancing for them too. 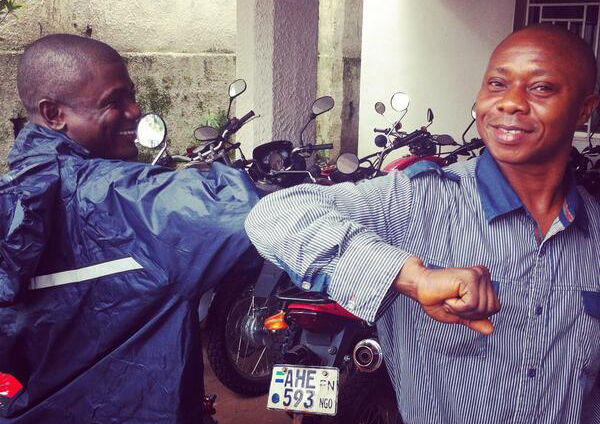 In Liberia, Guinea and Sierra Leone, greeting people properly is important. You can’t get away with a quick ‘Hi’ in the street. But Ebola means shaking hands is now dangerous, so across the region, people are finding ways around this.

In this interview for Ebola Deeply, Chernor Bah explains,  “People in Sierra Leone love to find humour in everything. People are coming up with some really wise and sassy ways of expressing how they feel about this epidemic. Instead of shaking hands, people let their elbows touch each other. We’re calling it ‘Elbowla’.” 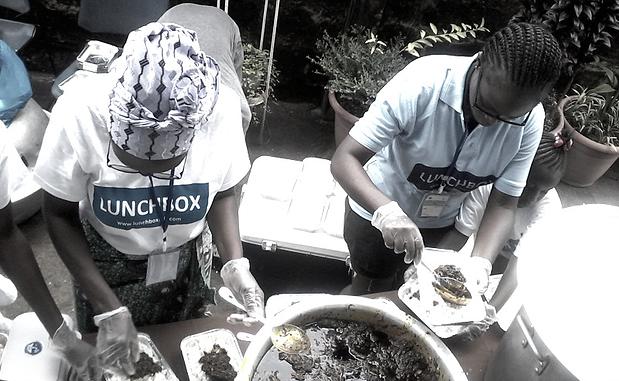 As the Ebola outbreak escalated, many towns and cities were locked down for several days at a time to try and contain the virus. For the poorest people who live day-to-day, earning money for their evening meal each morning, that meant going without food. Memuna Janneh, a Sierra Leonian living in the UK, saw an opportunity to help and set up LunchBox Gift.  Volunteers cook and deliver hot meals to families who need them.

They are now expanding to deliver food to hospitals, orphanages and quarantine zones, hoping to provide 50,000 meals over the next three months. Memuna said, “This is just something we can do.  As citizens, as Sierra Leonians, as people of the world.” 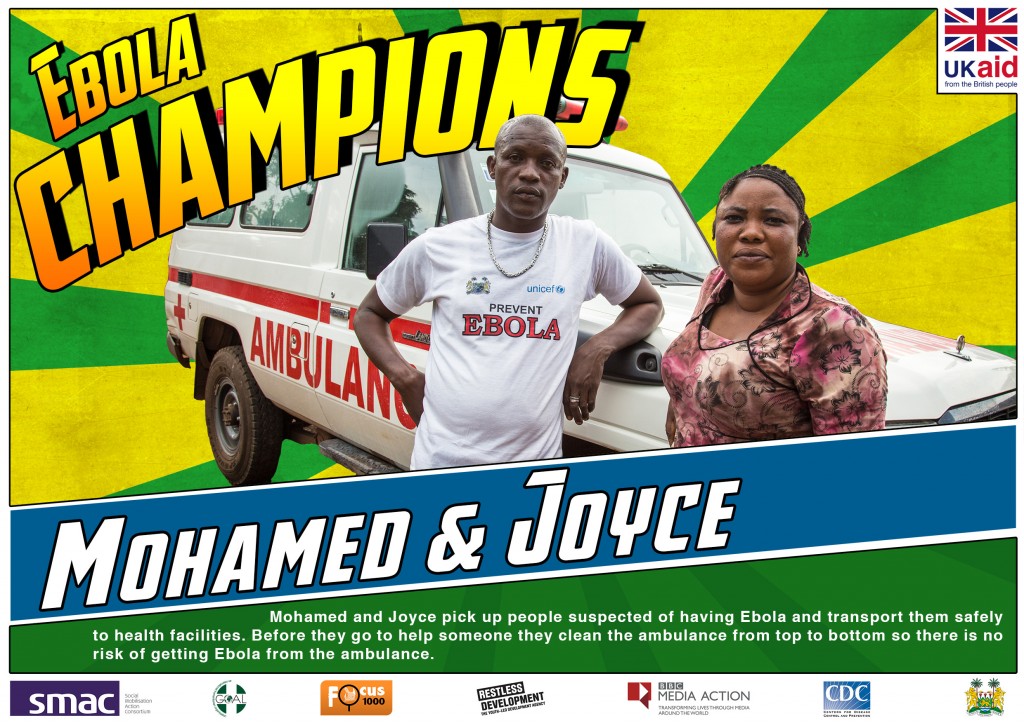 Our friends at Restless Development already had a vibrant network of young volunteers in Sierra Leone, and when Ebola hit, they wanted to help. 1,500 people are being trained up and paired with health outreach workers to visit communities and explain how to prevent, diagnose and treat Ebola, and support survivors.

These posters have been specially designed to address the stigma faced by Ebola survivors, and get the message out in a way that people like. They have been produced by the SMAC consortium (Social Mobilisation Action Consortium) of NGOs including Restless Development, GOAL, Focus 1000 and BBC Media Action who all work locally, and funded by the UK Department for International Development.

Sara Benavent, Restless Development’s Emergency Coordinator in Freetown, said, “Young people here feel very engaged, they want to work for a better country, for improved health services, for better education. They expect to be able to change the world, but they realise the lack of capacity their government has to provide enough services to fight Ebola.”

Songs to educate and inspire

ONE supporter Tiken Jah Fakoly has collaborated with other African artists on just one of many homegrown musical responses to the Ebola outbreak.

Called ‘Africa Stop Ebola’, it features Amadou & Mariam, Salif Keita and Oumou Sangare, and is performed in French and other regional languages to have maximum reach in the worst affected parts of West Africa. The lyrics explain how to stop the spread of Ebola, with profits going to Médcins Sans Frontières.  Also check out ‘The Hope Song’ from Liberia.

This video has been created to highlight the efforts of local organisations in Ebola-affected parts of West Africa.  It comes from Africa Responds, a collaborative platform through which African organisations and allies pool their resources, networks, and voices.

We need to work together to end Ebola. Wherever you are, sign our petition calling on all world leaders to step up their support, and get it delivered faster.