Guest blogpost by Natasa Kokic, ONE member and volunteer 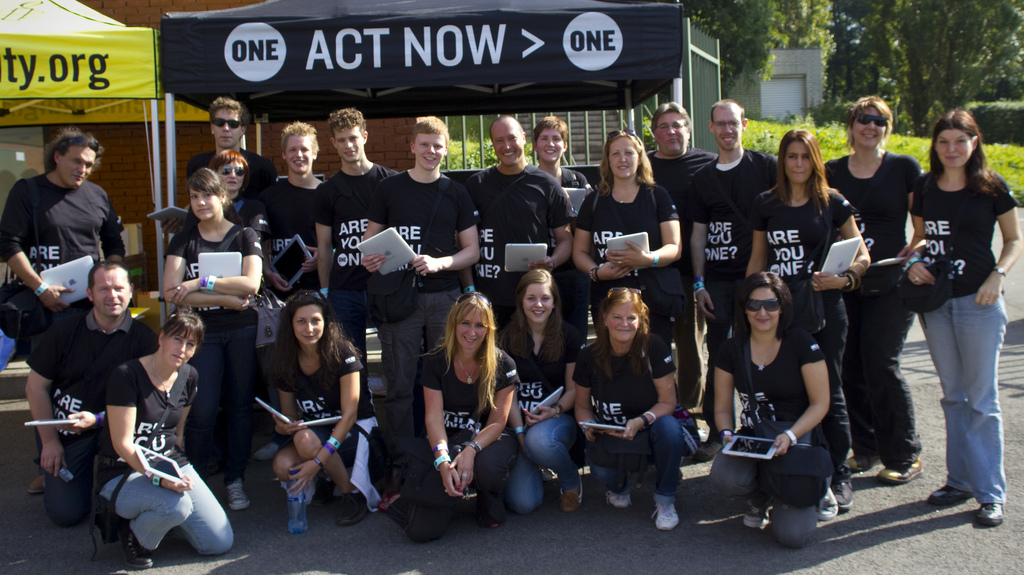 ONE volunteers at the U2 concert in Brussels back in 2010!

Today sees the kick-off of U2’s iNNOCENCE + eXPERIENCE tour in Europe. Over the next few weeks, stages and stadiums across Europe will be lit up with music, with joy, with euphoria. Throats will be raw, tears will be shed, but above all, powerful and lasting memories will be made.

As a music lover and long-time social justice activist, a question I’ve long asked myself is this: How can music help in making change happen? Here, I’ll share some of my thoughts based on my research and personal experience.

Music, as a form of artistic expression, has the advantage of being very loud: it attracts attention and influences opinion. It can help in healing, in breaking down barriers and borders, in reconciling, and it can also educate. As a cultural right, music can help to promote and protect other human rights (civil, political, economic or social).

There are many amazing examples of music being used as a tool for social change around the world. In my academic research on this topic, I’ve focused on the situations that inspire me the most: at the local level – in Belfast, Northern Ireland (Oh Yeah Music Centre and work of Terri Hooley) and at the global level – the engagement of anti-poverty group ONE and human rights organisation Amnesty International.

You only have to walk into Belfast’s Oh Yeah Music Centre or chat with Northern Irish music icon Terri Hooley to see how a deeply damaged society can start recovering through music. Oh Yeah, which has a permanent music exhibition, recording studio and songwriting studio, gathers people of all ages and helps them grow and live through music. During the Troubles in Northern Ireland, Terri Hooley’s Good Vibrations (record shop and record label), became a shelter and a meeting point for musicians and non-musicians alike who wanted to escape the horror. Terri encouraged people to find their inspiration in music instead of taking up weapons, demonstrating the power of music to unite people. 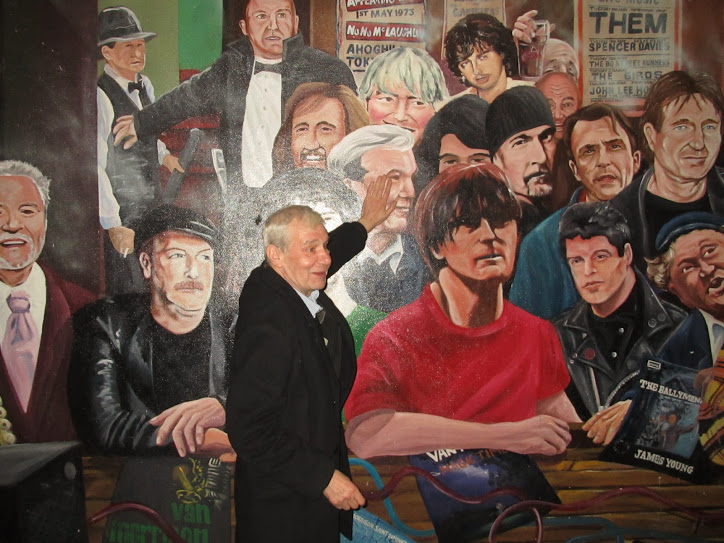 Terri Hooley in front of a mural in the Cathedral quarter, Belfast, last November…

Several organisations have caught on to that power and used music as a tool for change. The most inspiring and encouraging example of activist groups involving musicians, for me, is that of ONE and Amnesty International. For Amnesty, musician engagement began with concerts during the ‘80s and continued with setting up of Art for Amnesty, an amazing initiative gathering artists from various fields who support human rights. The number of artists giving their voice to support Amnesty’s activities and to push for social change is growing every day.

And what about ONE? I would say that ONE was in part born out of musicians having the idea of making a difference through music. Just think about Make Poverty History and the Live 8 concerts. I was lucky enough to experience the launch of ONE’s agit8 campaign, which pushed leaders to take action against extreme poverty at the 2013 G8 summit through worldwide performances of protest songs.

A particularly uplifting experience was the U2 360 tour when ONE, together with Amnesty International and Burma Campaign, was present at each of the 110 tour concerts from 2009 to 2011. People were encouraged to join ONE and to help make a difference. A truly unforgettable moment was during the song ‘Walk On’, when the entire audience put on masks of Daw Aung San Suu Kyi’s face, and the volunteers – including myself – came onstage also wearing masks. Each concert would bring a feeling of hope that those present were ready to make a difference.

So, what about now? Today, we find ourselves at a unique turning point in terms of global development. A huge amount of progress has been made so far, from drastic drops in young children’s death rates, to record numbers of people on life-saving HIV treatment, to huge strides in access to safe drinking water. But there is still a whole lot more to be done.

This month, the world will agree on a new blueprint to wipe extreme poverty from the face of the earth. For all of us who love music and want to show our support for this cause, we can make our voices heard. You can get involved with ONE at tonight’s U2 gig in Turin, or at any other concert during the tour.

You can become a volunteer for ONE at the concerts here. Or, you can join ONE right now, and become part of a global movement of nearly 7 million people fighting against extreme poverty and preventable disease. Now’s our chance – let’s seize it!