Wow – what a day so far! We’ve just come back from London’s Marble Arch, where we were joined by ONE members, a tractor, and a large vegetable display spelling out THRIVE. Yes, really!

Why? Well that’s what passers-by were asking us too, and it’s all for a very good reason. Today, across the globe, ONE launched our biggest and most ambitious campaign yet – Thrive. This 4 year campaign seeks to break the cycle of hunger and poverty, by tackling the root causes of both. And if leaders, donors and businesses step up by 2015, an incredible 15 million children won’t have to face malnutrition, and 50 million people will be lifted out of poverty. 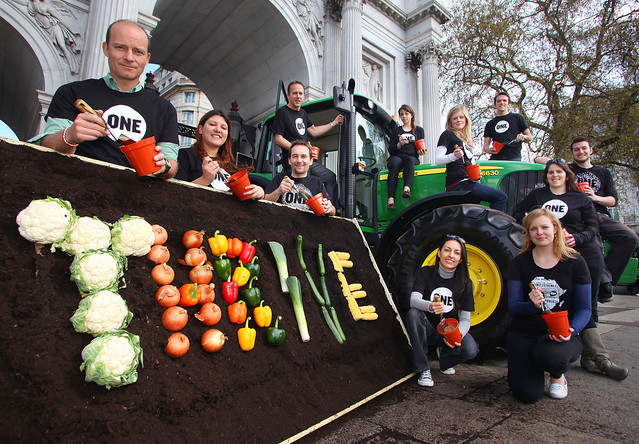 British Olympic athlete Mo Farah fired the starting pistol by sowing a seed of change with his family, and ONE members sowed their own seeds in pots too, which they’ve taken away and will help grow as our campaign progresses.

Next month, leaders from the world’s richest countries, the G8, are meeting at Camp David in the US and we need to get this vital issue onto the agenda. But US President Barack Obama needs to hear that there’s support throughout the G8 and beyond, and it’s up to us to show both him and UK Prime Minister David Cameron that we wholeheartedly support this. And that is what we’ve been doing today.

Here’s Adrian Lovett – our Europe Director – launching the campaign at our event today: 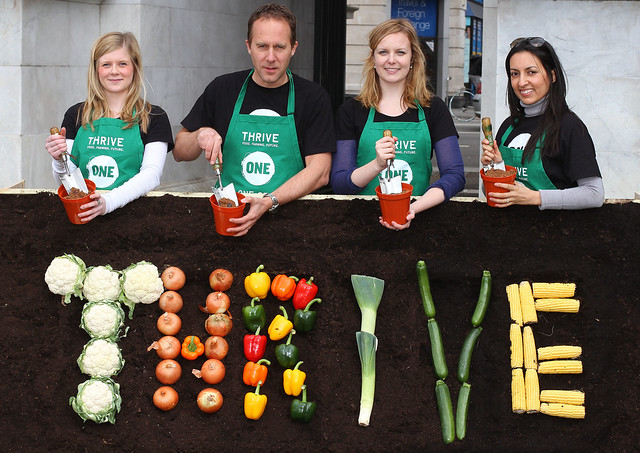 Please do add your voice to this, quite special, campaign and share it online to ask those that you know to join you too.

Thanks again to everyone who joined us today. Let’s thrive.