After 27 years of being a secretary, Theresa Kachindomoto had no desire to return to the village where she grew up and be chief to the 100,000 people in Malawi’s Dedza district. 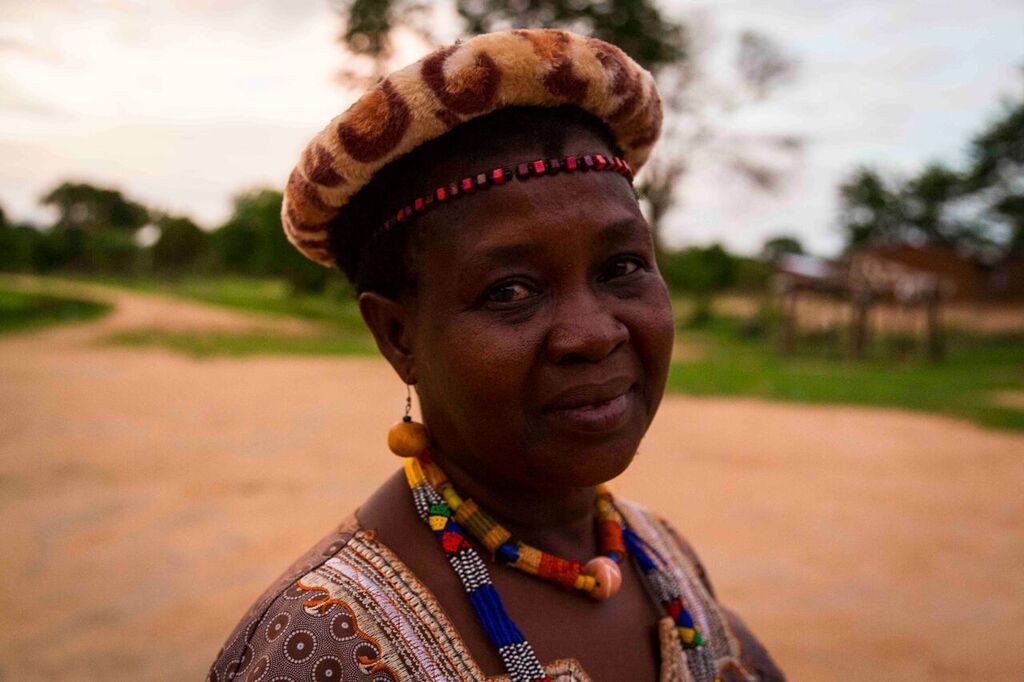 Chief Theresa Kachindamoto poses outside her home in Dedza district.

“I said ‘No, I don’t want to be a chief,’ but the royal family said, ‘You have to do it, whether you like it or not’,” recalls Theresa of the 2003 decision that brought her home, to a house near Monkey Bay on the shores of Lake Malawi.

The youngest of 12 children, Theresa always assumed that one of her brothers would be made chief. But the elders saw how she interacted with people and thrust the power to change Dedza upon her.

Days after coming home, Theresa noticed there were girls in the district as young as 12 who already had babies and husbands. Malawi has the ninth-highest child marriage rate in the world, with one of every two girls married before age 18. The practice is particularly high in rural areas, where parents have many children and are struggling to care for them. 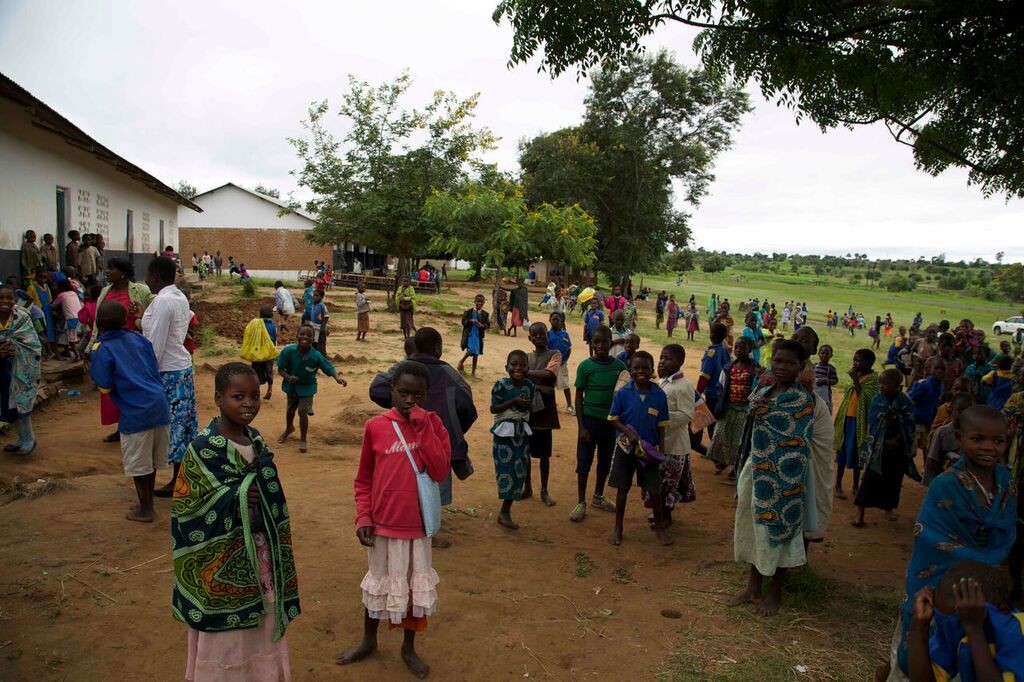 Children in the Dedza district.

“The parents said, ‘Oh, we did this because we have nothing at home’ and were keen to get something back from their children, including a grandchild,” says Theresa.

She quickly brought her 51 sub chiefs together and made them sign an agreement to end child marriage. After the agreement was signed, Theresa dismissed four chiefs who still allowed child marriage in their areas.

“When I fired them, they tried their best to terminate these marriages,” she says. After three months, they succeeded, so Theresa reinstated them.

In 2007, Theresa required all the chiefs to sign bylaws forbidding marriage before the age of 18. Last year, Malawi’s parliament passed the same law—although under the constitution, children just require parental consent to marry.

Theresa has broadened her network of sub chiefs and 500 village head men and women that comprise Malawi’s traditional authorities to get help from churches, NGOs, and community organisations to stop child marriages. Over the past two years, she has annulled more than 850 unions. 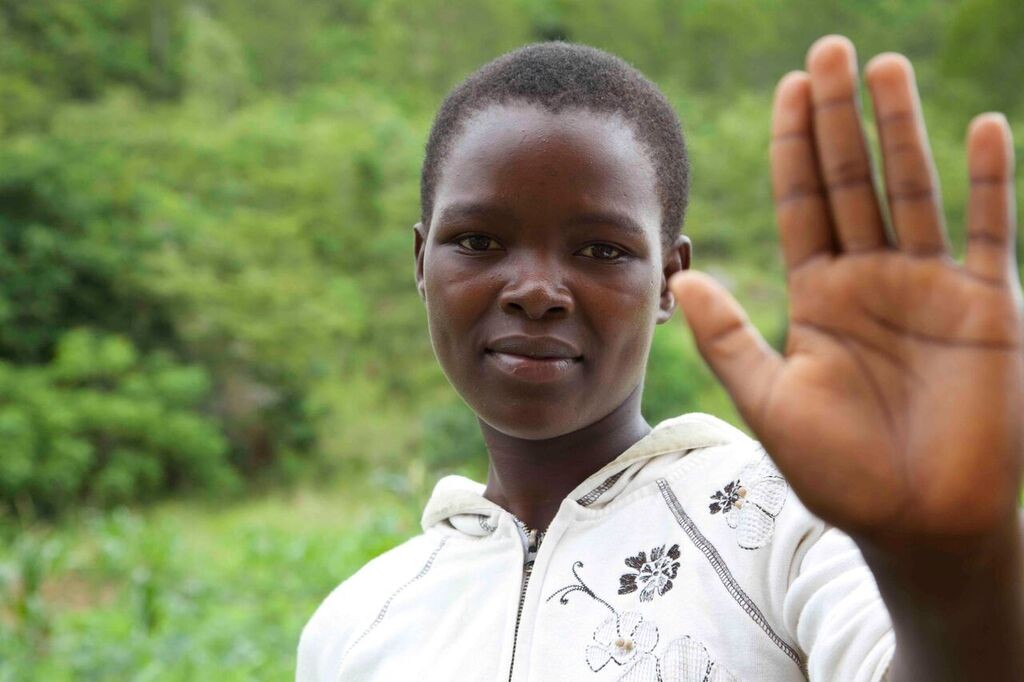 A girl at a Dedza school says that raising awareness around sexual harassment of girls has made her value herself and be able to say “no.”

Her mission to get children back home and in the classroom was unpopular among many parents. She says they would ask, “Who does this woman she think she is?”

But Theresa’s door-to-door tours of villages and sit-downs with community groups persuaded some people of the value of education for health and wealth reasons and the dangers of teen pregnancy, domestic or sexual abuse, and poverty risks of girls swapping the classroom for home life.

In this country—where girls can earn dowries and pay off debts—Theresa received threats of violence and even death. There was strong opposition from people who said that Theresa could not override culture and parental rights concerning daughters, especially when she only had sons.

“I said it is better for me to die and be unpopular, than let these children’s rights be violated,” she says.

“I don’t care. I don’t mind. I’ve said, ‘Whatever, we can talk—but these girls will go back to school.’” 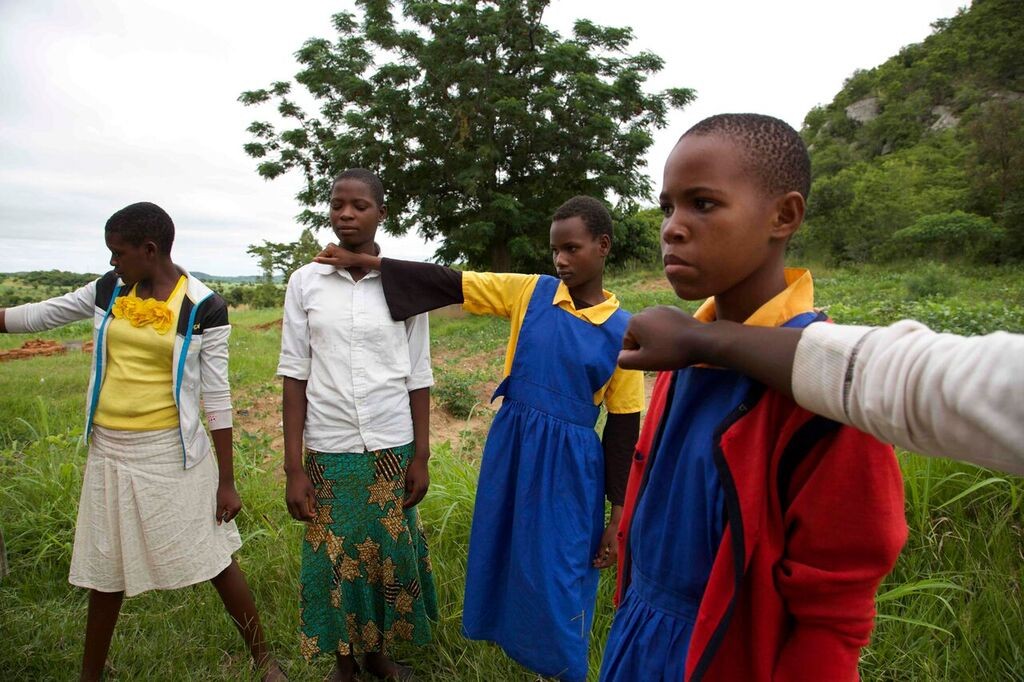 Girls at a school in Dedza are being taught life skills to stop widespread sexual abuse.

A soft-spoken woman, Theresa laughs when she’s called “tough.” But when it comes to protecting children, she takes no prisoners. More recently, she gave chiefs an ultimatum and stopped the practice of sending girls to “initiation camps” for “sexual cleansing.”

“Sometimes they go there around 7 years old or 12. And that’s why I said to the chiefs that this must stop or I will dismiss them,” she says.

She used the same method to stop the practice of having young girls have sex with an older man called a “hyena” in order to learn how to please a man. In a country where one in ten people has HIV, these “hyenas”—hired to take girls’ virginity or impregnate women who are struggling to conceive—are particularly dangerous.

Theresa’s moves have inspired other senior chiefs to start thinking about how to stop child marriages and end the cycle of poverty in their areas. Theresa is now trying to push the age of marriage up to 21 in Dedza, in order to inspire children to go to college. She also brings professional women from the cities out to speak to the local young women about their jobs and lives.

Last year, she brought Malawi’s female parliamentarians to visit the rural areas—and now many of the local teenage girls say “I want to be an MP.” 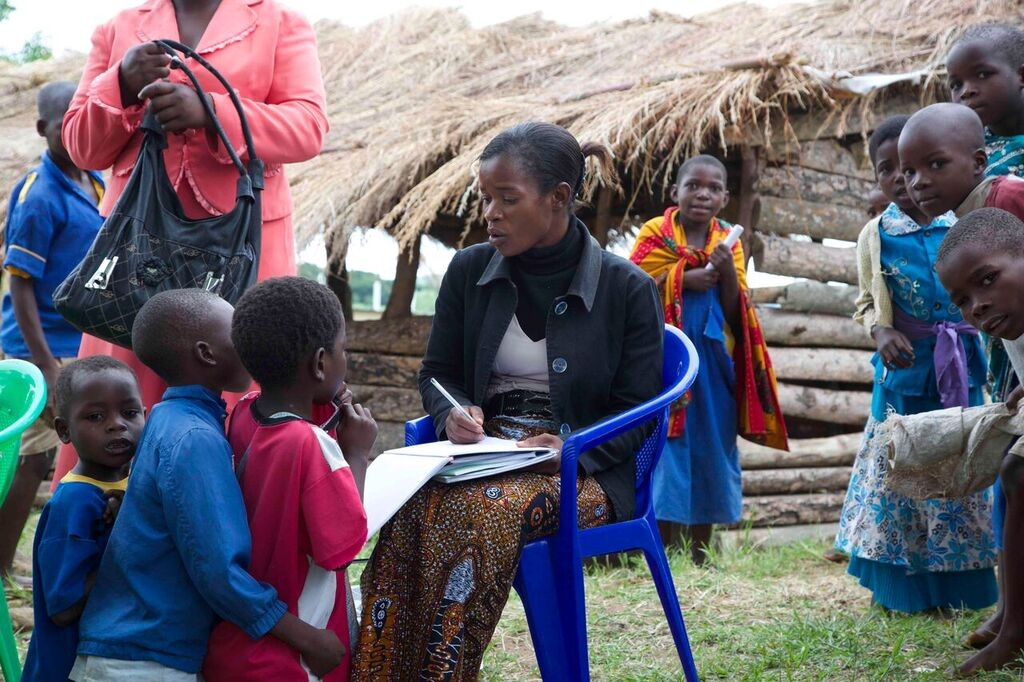 A teacher registers new students at a school in Dedza.

“Educate a girl and you educate the whole area,” says Theresa. “You educate the world.” She is determined to fight for girls’ rights for as long as she is chief—“or until I die,” she says, with a shrug and a laugh.