“Discovering football is the best thing that ever happened to me,” says Claris Akinyi, sitting behind her tidy desk in the principal’s office in Kibera Girls Soccer Academy (KGSA).

When she was 11, Claris spent her days looking after her sick mother and helping run her family’s boiled maize stand. When she became a member of the Kibera Girls football team, her life changed overnight. 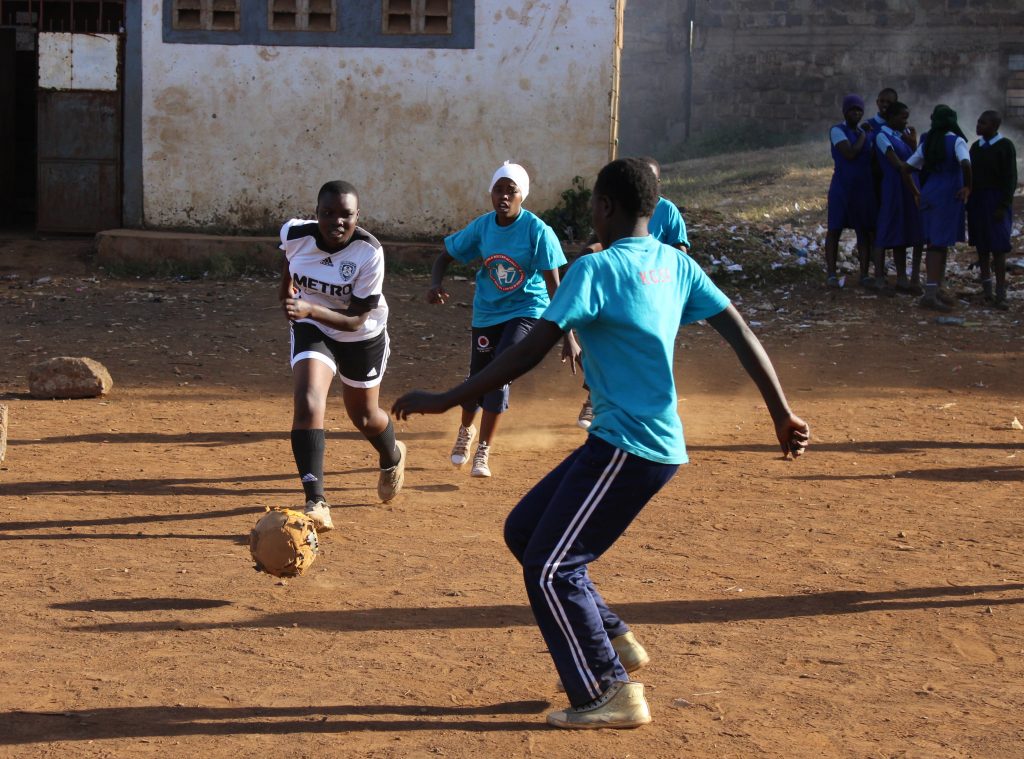 “I used to stay indoors all the time, but the soccer team gave me the opportunity to go out and meet people,” she says. “We also got to watch videos about sex education, so I became very aware of issues like early pregnancies and gender-based violence, which are common here. Soccer helped me stay focused.”

Set up by Abdul Kassim in 2002, KGSA occupies a small plot of land in the heart of Kibera, one of the biggest slums in Kenya. It has since grown from a football academy into a successful tuition-free secondary school.

Abdul, who was born in Kibera and brought up by a single mother, started the academy to address the gender disparities he had observed growing up.

“I noticed that the girls were finishing primary school and then doing nothing,” he says. “They were being married off at very young ages and pregnancies were rampant. So I used soccer to engage them, and to send a message about gender equality to the Kibera community.” 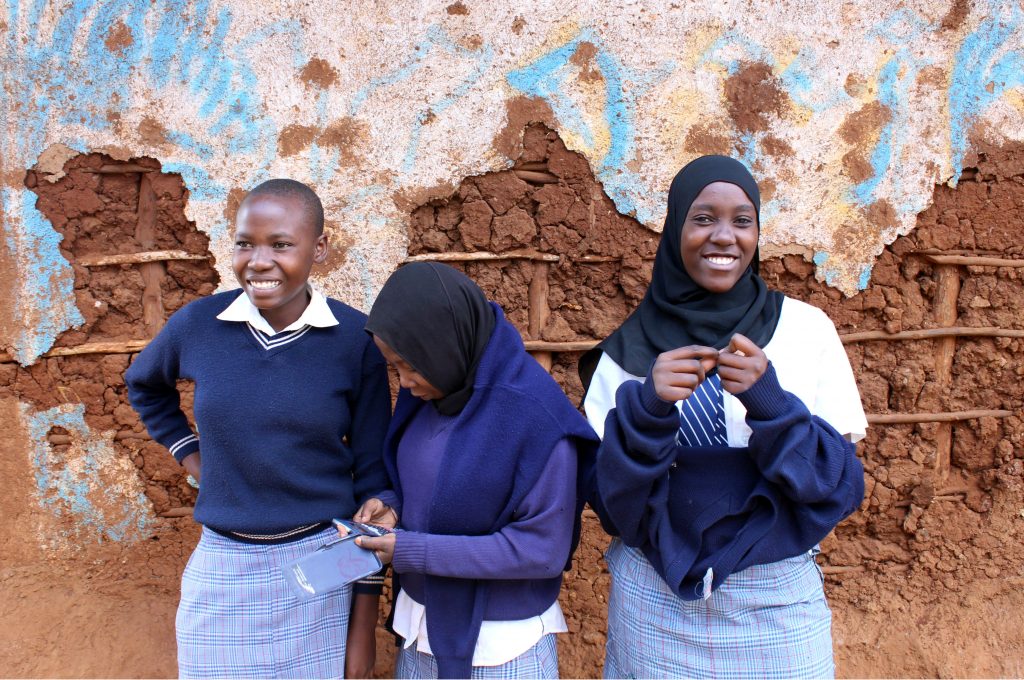 But early on in the program, as the girls finished primary school, they began dropping out of the club.

“I wanted to know why, so I went to their houses to talk to them,” says Abdul. “Most could not afford high school, and many had left their homes because of family problems or were married off.”

Spurred on by what he saw — and encouraged by many of the girls in the football club — Abdul decided to turn the football program into a free high school for girls, so that they could finish their education and fulfill their potential.

“When the school started, some of the girls who were in the original football club decided to go back and finish their studies, even though they were already in their 20s,” says Claris, who had already gone on to graduate high school. Claris also returned to KSGA, but as a teacher. 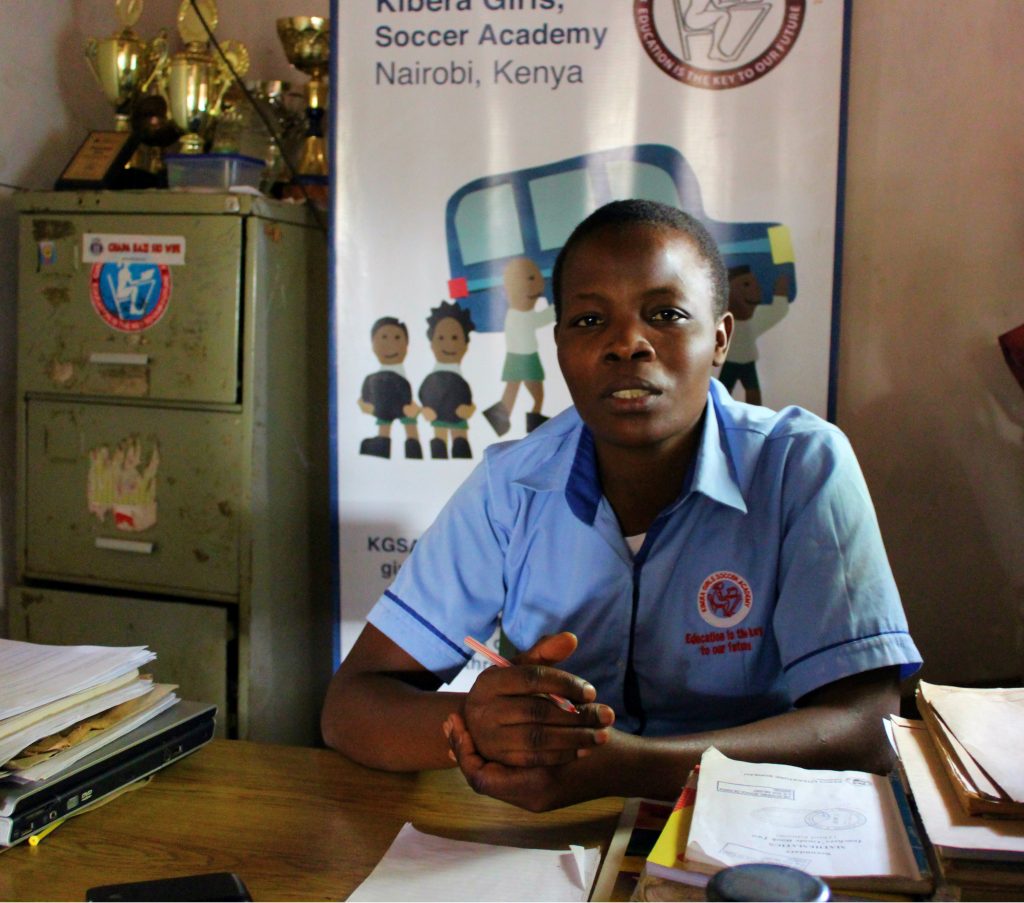 Claris, sitting at her desk at KGSA.

“When I finished school, I knew I wanted to give back to the community, so I became a volunteer teacher,” she says. “It was a great feeling to be teaching some of my old teammates.”

After three years of volunteering at the school, KGSA supported Claris through university, where she studied education and counselling. Now, as a fully-registered educator and KGSA’s head teacher, she continues to support the girls in her community. She’s also been able to buy land and build a house for her mother.

“I feel like giving back is very important,” she says. “That’s why I am still here.” 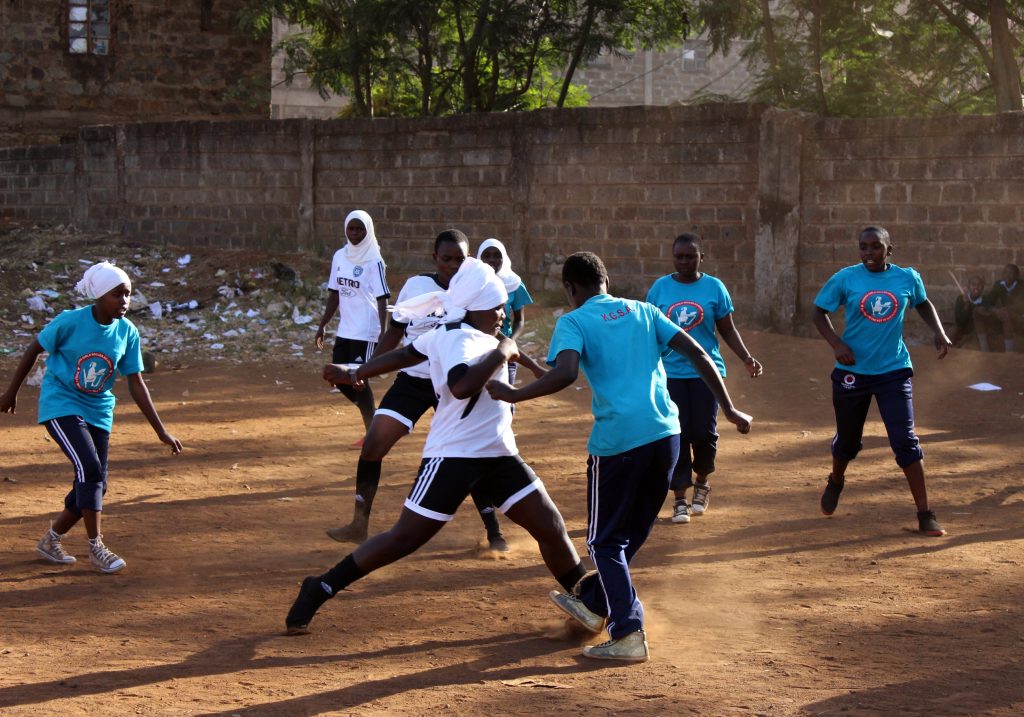 It is with the determination and goodwill of Claris, Abdul, and other dedicated staff members that the school continues to grow, and has earned international recognition for its creative approach to education.

“We wanted to provide a mechanism for girls to explore their interests and develop skills for their adult life,” says Abdul, talking about the various life-skills classes and extracurricular activities offered by the school, which include journalism, business, and computer classes.

And, of course, football – and sports, generally – is still a main focus at KGSA.

In addition to being a member of several of KGSA’s after-school vcubs, 18-year-old Khadija Ishikara plays on the football team that won a league trophy last year. 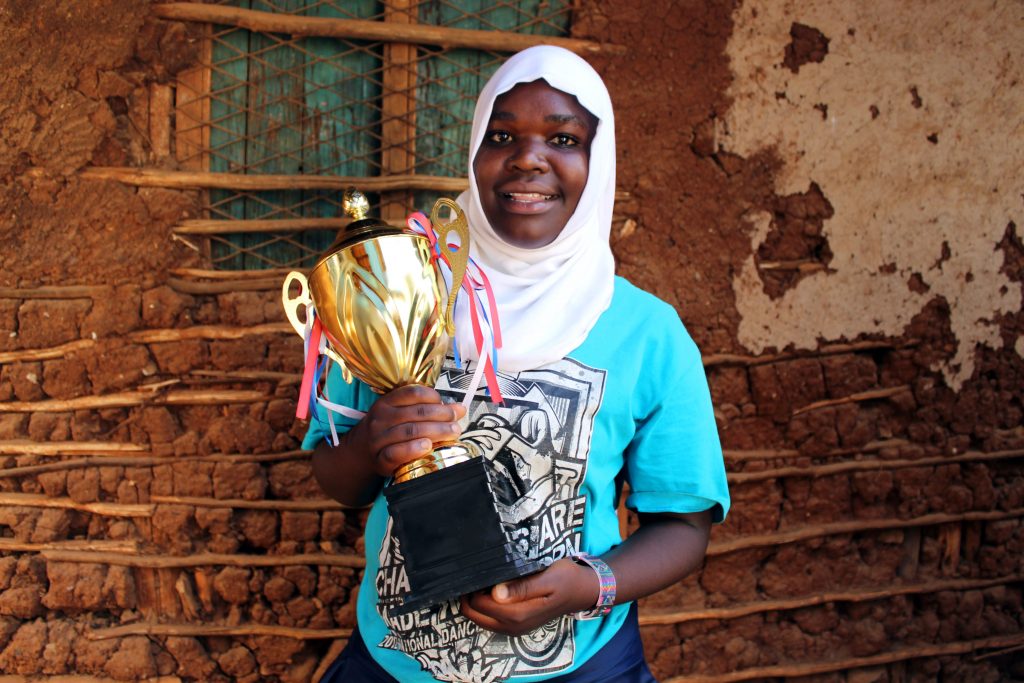 “Soccer is my favorite hobby, because it keeps me active and fit,” she says.

Khadija’s mother still thinks it’s strange for girls to play football, but she is growing increasingly supportive of her daughter’s choice of sport. As for Khadija, it’s hard to imagine her giving up football anytime soon: “Anyway,” she says with a wry smile, “anything boys do, girls can do better.”

Nowhere on earth do women have as many opportunities as men. Nowhere. But for girls and women in the poorest countries, that inequality is amplified.
Poverty is sexist, so I’m adding my voice to ONE’s global movement of more than 9 million people calling for change.