ONE just launched a new report with this shocking fact: at least one trillion dollars is siphoned out of poor countries EACH year, robbing governments of valuable resources that could be used to fund the fight against extreme poverty, disease and hunger.

Why is this happening exactly? Well, you can read our report to find out (it’s short – you should download it!) – but you can also get the most important findings here in just 3 minutes. 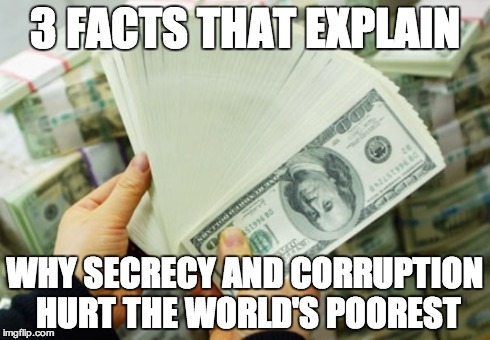 The word “trillion” is an eight-letter word. But actually it’s a 1… with 12 zeroes. Just how big is that in dollars? Well, enough to buy everyone on the planet a Starbucks latte every day for a month.

This money is taken from the world’s poorest through a corrupt web of activity that includes shady deals for natural resources, the use of phantom firms, money laundering and illegal tax evasion. 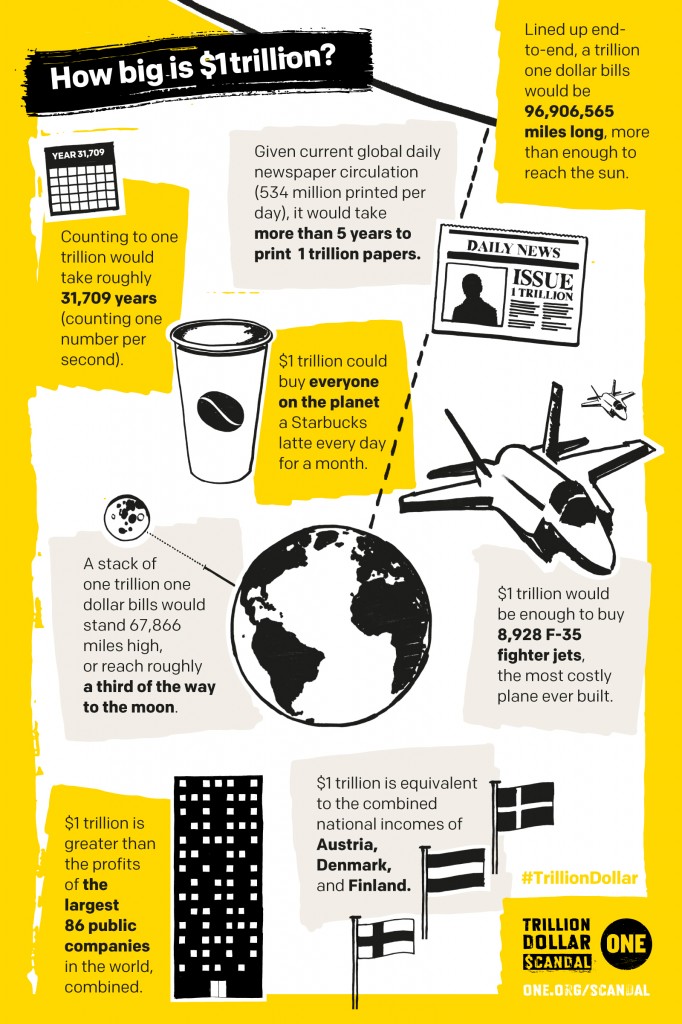 OK, we all know that corruption is bad. But when it comes to governments, the effects of corruption can be devastating. Wherever corruption is allowed to thrive, it inhibits private investment, reduces economic activity and increases the cost of doing business, which can perpetuate poverty and even lead to political instability.

Just take a look at this nifty map, which outlines the impact of open and hidden data on governments. I’m pretty sure I know what track I want to take! 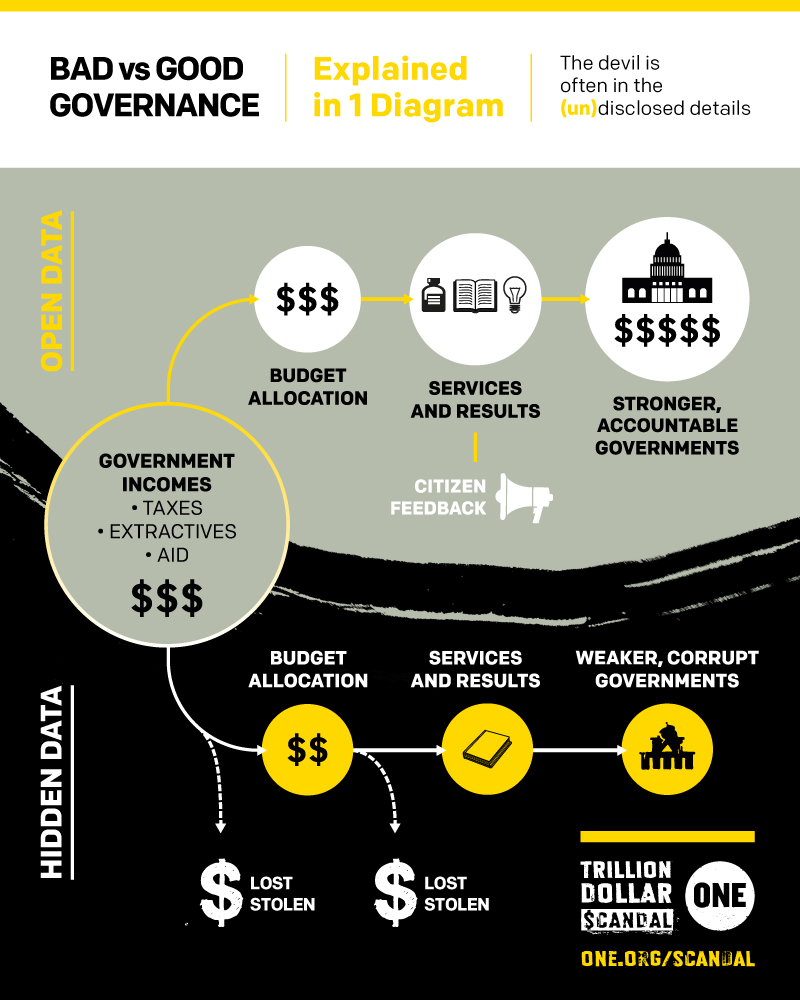 When governments are robbed of their own resources to invest in health care, food security or essential infrastructure, it costs lives – and the biggest toll is on children.

In fact, 3.6 million people could be saved each year if governments act to end the corporate and political secrecy that allows corruption and criminality to thrive. 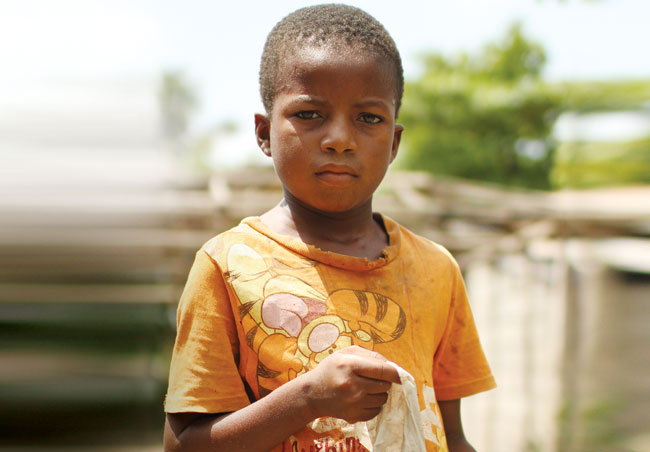 Photo credit: Save the Children.

Over the next few months, ONE is calling on G20 leaders to act to end this toxic secrecy and bring in new laws to open up information so that citizens and journalists can follow the money.

If these 3 facts make you want to do something to stop the Trillion Dollar Scandal, take the latest action now.