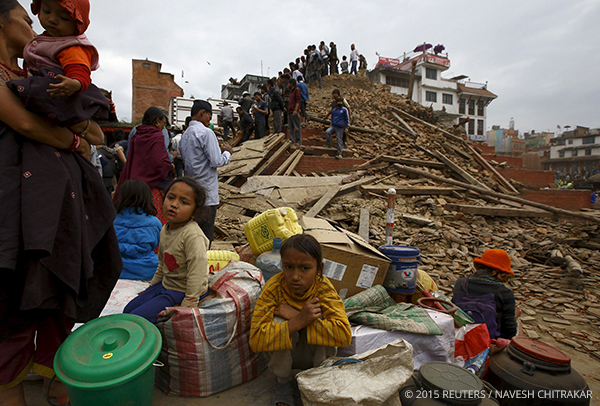 More than three thousand people have died in a massive earthquake in Nepal. Here’s how you can help.

More than 6,500 people have been injured, and many tens of thousands more are homeless in this mountainous South Asian country, set between India and China.

Nepal is one of the world’s poorest countries: over 2.7 million people live in extreme poverty – even before the earthquake.

The country had made amazing progress, despite big political and economic problems. It was on track to achieve most of its Millennium Development Goals – the targets for poverty reduction, maternal mortality, and boys’ and girls’ enrollment in primary education had been either achieved or were likely to be achieve, according to the UN. But the damage caused by the earthquake shows how vulnerable a poor country like this is when disaster strikes.

“The total economic losses from the damage could be between $1 billion and $10 billion,” said news service Quartz, quoting the US Geological Survey’s estimate. “In all, the destruction could push the economy of Nepal—already one of the world’s poorest countries—back by a decade or more.”

Saving lives and recovering from this disaster will take time and money.

Here’s a list of some of the organizations that are working on the ground to provide help: