With just over 5000 cases of HIV in 2011, Mauritius is not an obvious priority for most AIDS donors and mechanisms. But HIV/AIDS is on the rise on the island and affects the most vulnerable parts of the population.

Thanks to EU funding, a local organisation called Prévention Information Lutte contre le Sida (PILS) has brought the fight against HIV/AIDS in Mauritius to the forefront. 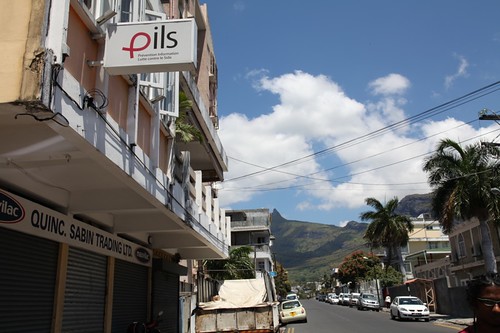 PILS was started by Nicolas Ritter in 1996 two years after he found out he was HIV positive. At the time there was no services in Mauritius for individuals with HIV/AIDS and he had to fly to neighbouring Reunion Island to get treatment. Inspired by what was happening in this neighbouring country, he decided to start PILS at the age of 25. Since then PILS’s work has saved lives and that’s what keeps Nicolas and his team dedicated to their work. They know that HIV/AIDS doesn’t have to be a death sentence and more and more, the people of Mauritius know this too.

Despite this success, Nadia Peerun, Fundraiser for PILS, explains that Mauritius is competing with other countries in the region. “It’s very difficult for us to get funding at those levels because the situation is much worse on the African continent.” Luckily the EU’s “Decentralised Cooperation Programme” in Mauritius makes it easier for PILS to get funding. Nadia explains “[this] system of funds being available at local level in Mauritius increases our chances of getting them in the health sector.” She adds, “Other donors don’t necessarily have this kind mechanism so it is much harder for us to get funding.”

In 2009, the EU funded an outreach project implemented by PILS to bring information, prevention, health and testing services to these excluded populations, such as drug users and sex workers, who are the most at risk. “It is really with EU funding that we got this project going.” Nadia adds, “This is very important for these populations. Because of the high level of stigma related to them, they don’t actually go to the public health centre.” Between 2009 and 2011, thanks to EU funding, 1103 HIV tests were carried out, 302 commercial sex workers and 753 people who inject drugs have been reached.

Thanks to EU funding, with one of the rare local funders, Rogers & Co. Ltd. that supports PILS’ advocacy project, PILS has been able to train other local organisations in advocacy. Nadia explains, “This is really important because there are many NGOs in Mauritius but there isn’t a common strategy with regard to advocacy activities.”

In 2009 and 2010, the EU also funded PILS’ own capacity building. Nadia explains, “This has helped us significantly in terms of being more efficient, more coordinated, a more solid NGO. EU’s financial management and programmatic management requirement is something that enabled us to grow and improve our management considerably.”

Besides its outreach and advocacy work, PILS has an empowerment programme targeting vulnerable groups who are living with HIV. These groups are marginalised in Mauritius and receive very little information about health, social guidance on rehabilitation or integration and how to reduce health risks. PILS offers workshops where artisanal skills are taught so that unemployed beneficiaries can stabilize their income. Nadia explains, “We are getting them to learn these new artisanal skills and register as entrepreneur. So they can sell their stuff on the market. It helps stabilize their income.” These workshops are also a good occasion to inform them on HIV and related issues.

People can also follow the more advanced training of PILS’ ‘Positive Ambassadors’ phase, whereby they are trained to be active in the national response to the crisis, by participating in PILS’ activities, in advocacy and policy-decisions. One of the participants, Den Ramsamy, decided to publicly disclose his HIV-positive status.

Nadia explains, “He got the tools he needed to advocate for his rights, to get his voice heard and participate in national meetings and eventually publicly disclose in front of the TV his status. It is a good example of how an EU-funded project contributed to having a big impact on the community.” Around 35 people are currently being trained to become positive ambassadors.

Asked if she’d prefer European countries to give more aid through the EU institutions or more national bilateral aid, Nadia replies without hesitations, “I’d be much more for receiving aid through the EU. From past experiences directly with European countries, we noticed the EU has more of a global picture. The EU is able to target funds and have pertinent calls for projects which I find much more difficult on a country basis because there is much less of this global picture. As the EU has this global picture it is much more coordinated. Funds are much better allocated.”

The mission of PILS is to minimise the impact of HIV in Mauritius through promoting prevention, improving the lives of HIV+ persons, and mobilising political and public support for HIV+ persons and issues. Visit : http://www.pils.mu/